The Nintendo DS was a powerhouse of innovation. The dual-screen technology opened up a multitude of unique possibilities that hadn’t been seen on a portable system, ever. With the library of hundreds upon hundreds of games, some are bound to fail to gain the recognition that they rightfully deserve- and one of these games was Contact: an action-RPG that utilizes both the DS’ hardware and the platform of gaming itself in truly fantastic ways. Developed by art-game architects Grasshopper Manufacture, this title offers a great experience that should not go unnoticed. We will be looking at the various unique aspects of this game, including its thought-provoking ending. With that being said, there will be spoilers from here on out, so if you haven’t experienced Contact and would like to do so with untainted eyes, please stop reading now and play it. You won’t regret it.

Contact tells the story of a young boy named Terry who awakens on an island. Terry is silent, and not much is said about him. He is contacted by an old man called “The Professor”, but instead of talking to Terry, this old man addresses the player directly. And herein lies one of the game’s main unique qualities: the direct involvement of the player in the game’s storyline. The Professor is communicating to you, the player in the real world, to control Terry. The player then guides Terry around by tapping the screen and issuing him commands, but technically, the player is simply playing as their real-world selves. On the top screen, you can see the Professor and his dog-that-thinks-it’s-a-cat, Mochi. The bottom screen displays the world of Terry. Each screen encompasses a unique world and has a unique art style to it, with the world of the professor taking on a pixelated look, and the world of Terry taking on a beautiful, realistic painting style. The Nintendo DS acts as a communication device through which the Professor can contact the player, and then the player can then contact Terry on the bottom screen, following the commands of the Professor. Contact indeed.

If that last description sounded rather meta, that’s okay, because that is the very nature of the experience. This fourth-wall breaking mechanic that the entire game is based around leads to a number of truly memorable moments, including an ending that turns the entire adventure on its head. Once you have collected all of the power cells, the main collectible of the game used to power a crashed ship, the Professor flies away, leaving Terry behind. Terry then has an angry outburst at the player, stating how he knew that the player was controlling him the entire time and that he regrets agreeing to help out the Professor in the first place because he ultimately ended up being used. This sudden self-awareness is jarring and is the first instance in which Terry ever speaks throughout the game- and when he decides to, it’s to directly lecture the player. He then takes his anger one step further by punching the player, by smashing the screen of the DS. Yes, little cracks start to form on the bottom screen as Terry has his angry outburst at you. The player must tap on Terry, knocking him out, before he completely destroys your DS screen.

The credits then roll, and the game is thought to be over- that is until a letter from the Professor pops up on the screen. In this, he details his reasoning for wanting to collect the power cells and admits that he selfishly used the player as well as Terry in his pursuits. He admits his moral failure and asks for the player’s forgiveness. He also admits that he is merely data, and is being forced to write this letter because the developers programmed him to. The Professor states that though the game may be over, he will continue on living, even as you turn off the game system…and much more. This ending sequence brings a level of humanity to the character that is not often seen in fiction. This makes the player a part of the story in a way that transcends the usual level of involvement that one usually has with a game.

The Professor leaves the player with a hauntingly beautiful sentiment: “I’m going to search for something only I can find.”

As one might see, Contact is not a game that is interested in the status quo of RPGs (or gaming in general) in the slightest. It is a game that asks as many questions as it provides answers for. It is an example of a game fully utilizing the medium to create a completely unique experience. True, the game may have some repetitive combat, and the game’s story may end right when things begin to get really interesting, but the game is certainly still worth experiencing despite these flaws. Fans of RPGs bursting with personality, like Earthbound, may find a lot to enjoy out of this title in particular. If you missed out on Contact upon its release in 2006, picking it up over a decade later still provides an enjoyable, idiosyncratic RPG experience. The ending sequence detailed here is just the tip of the iceberg when it comes to what makes this game memorable. Combine what was stated here with its hilarious, quirky sense of humor, a surprisingly deep character stat system, and a great soundtrack, what we have here is a game that does not deserve to go unnoticed. By broadening the scope of exactly what it means to be a “video game”, Contact really is something special.

Jeff Lemire, the King of Quiet 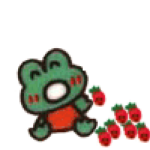 A fan of good sandwiches and good video games. Hopefully you like at least one of those things.