The Excel Centre is lighting up again to welcome the 32nd London MCM Comic Convention: a celebration of movies, comics, and media that has been growing each year since 2001 to become Britain’s leading pop culture festival. Taking place over the weekend of the 27th-29th of October MCM Comic Con has found itself in an envious hotspot between an explosion of new gaming releases this Friday featuring Mario Odyssey and Assassin’s Creed: Origins, and Halloween on the 31st ensuring a startling array of cosplayers ready to bare their best outfits.

This year Goomba Stomp will be heading down to cover what has become the third largest comic convention in the world: featuring the 2017 championship final of the Euro Cosplay Competition, a host of special guests, and a range of games, comics, and TV exclusives. Our American readers might be used to enormous conventions, but for British gamers MCM Comic Con is a favorite contender that returns twice a year to bring our community together and celebrate the works we love. So if you’re thinking of attending, or have already got your ticket, check out our break down of the events you won’t want to miss and keep an eye out for our coming gaming coverage!

With Friday the 27th of October bringing together a slew of releases you’ll absolutely want to head over to MCM Comic Con’s video game corner and take your pick of Mario Odyssey and Assassin’s Creed: Origins and decide which you’re going to have to play through first. The video game corner will be demoing a range of titles from Ubisoft, Nintendo, and Bandai Namco as well as KT Games, Rice, Idea Factory, and NIS America. You can also hit up the recent releases South Park: The Fractured but Whole and Fire Emblem Warriors if you’re still undecided about buying a copy. We’ll be on the lookout for indie games popping up around the convention centre, so watch this space if you’re waiting to hear about the smaller games that’ll be worth checking out.

MCM Comic Con have a range of celebrity guests over the weekend doing book signings and photo shoots for varying fees. You can find the full listings here but our highlights are Hayley Atwell, Peggy Carter from Agent Carter and an ever-increasing number of Marvel movies, and Andrew Scott, who plays Moriarty in the BBC series Sherlock. If you’ve been following the bloody trail that is Game of Thrones you can also find David Bradley (Walder Frey), and Julian Glover (Grand Maester Pycelle), as well as an Iron Throne replica elsewhere in the convention centre ready for reclining upon, as long as you’re willing to pay the iron price.

Alongside the Cosplay Masquerade for cosplayers of all skill-levels taking place on Saturday and Sunday, attendees will also want to watch out for the Euro Cosplay Championship final taking place at 16:00 on Saturday in the Gold Theatre. Cosplay costumes are always a feat to be marveled at, and with Halloween just around the corner, there might be some inspiration to be found on stage and around the centre whether you’re a cosplaying pro or new to the world of incredible make-up and spandex tights.

As well as a host of other stalls MCM Comic Con is also divided up with events from Vidfest UK, the Comic Village, and the Author Corner. You can catch TomSka and Mr. Weebl, as well as a whole range of other YouTube and Twitch streamers running panels and producing content around the clock, as well as buying a ticket for a special pub quiz event with Yogscast hosts.

The Comic Village has a staggering range of talented artists where you can pick up indie zines from new comic start-ups, satisfy your poster needs with original art prints, or head over to the Marvel sections for the latest comics, collectibles, and apparel.

Last, but not least, the Author Corner is also running panels covering topics from breaking into screenwriting, the dystopian appeal of science fiction, and how the new Superwoman movie marks a change in pop culture. You can head down to what I can only assume will be an Author Corner filled with cushy chairs and aged bookcases to meet the likes of Simon Scarrow, author of Hearts of Stone, Ben Aaronovitch, creator of the Peter Grant series, and Jason Arnopp, screenwriter for Dr. Who and Friday the 13th. And when you’ve finally finished checking everything out, you can sit down and watch the new series of Stranger Things. This weekend isn’t going to be busy at all.

For a full schedule of the weekend’s events, and a map of all the convention halls check out the MCM Comic Con’s website’s official guide.

Looking Back at ‘Contact’: An Unsung Hero of the Nintendo DS

The Eight Best Comics For People That Can’t Stand Superheroes 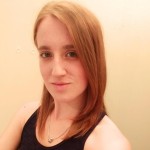