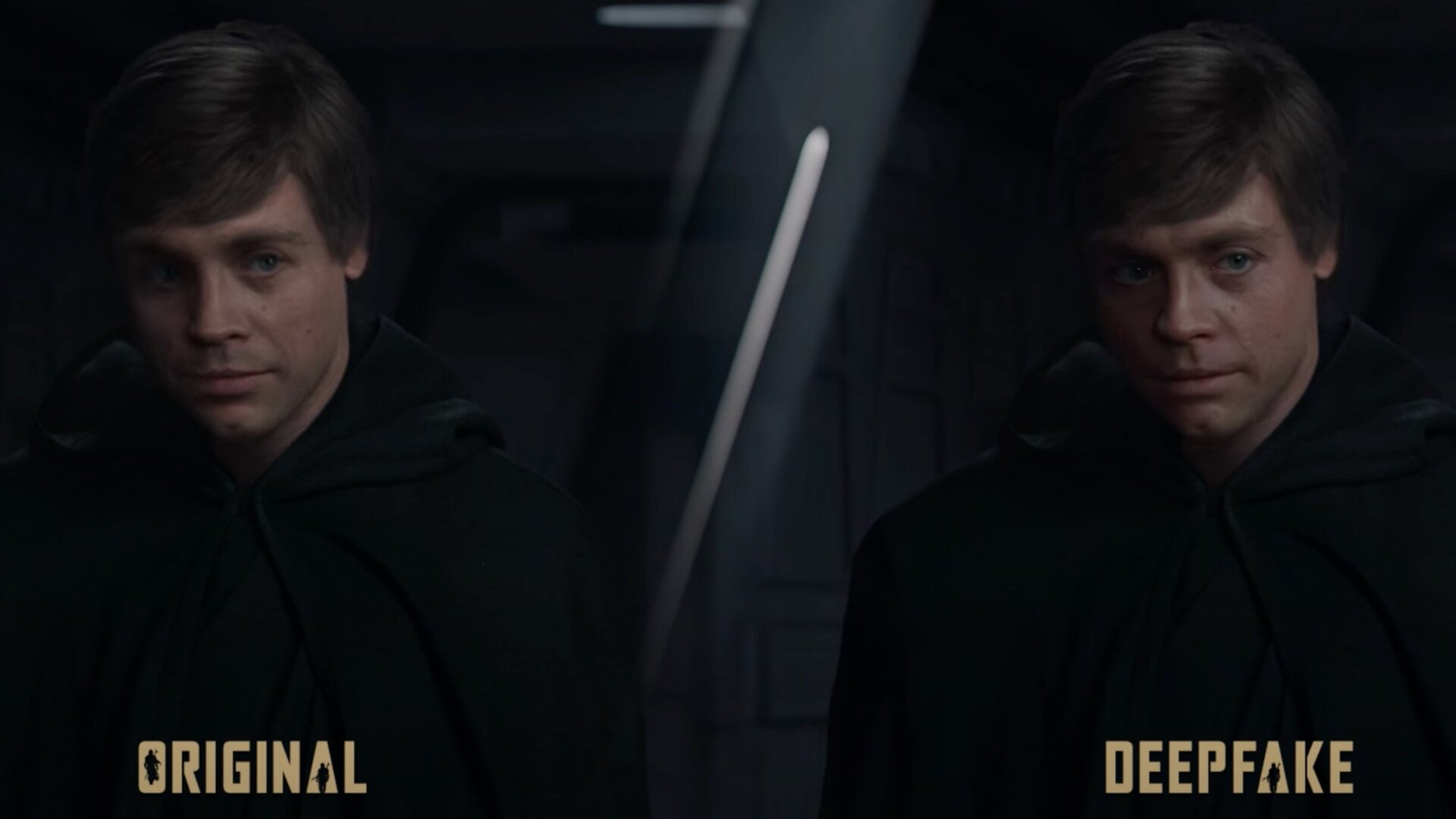 Have you ever watched a YouTube video or seen some kind of social media post that has made you think, “Wow, how is person not doing this for a living?” That’s what a lot of us were likely thinking when watching the work of YouTuber Shamook, who is known for some incredible deep fake videos including deep faking Will Smith as Neo from The Matrix (Smith was the original choice for the part) and altering that terrible CGI job on Henry Cavill’s moustache from the Justice League movie to name a few. Their two most watched videos are Star Wars deep fakes- one which replaces Alden Ehrenreich’s Han Solo from Solo: A Star Wars Story with the original Han Solo- Harrison Ford- and a deep fake which tunes up the young Luke Skywalker CGI from The Mandalorian. It comes as no surprise then that Shamook now works for Industrial Light & Magic/ Lucasfilm themselves.

On their most recent video, Shamook made the following comment,

“As some of you may already know, I joined ILM/Lucasfilm a few months ago and haven’t had the time to work on any new YouTube content. Now I’ve settled into my job, uploads should start increasing again. They’ll still be slow, but hopefully not months apart. Enjoy!”

They also went on to respond to a fan that had queried them as to what their position is, confirming that their new job title is “Senior Facial Capture Artist”. It isn’t hard to see why Shamook was able to join the company behind the Star Wars franchise. They are clearly a talented artist whose work is getting the recognition it deserves. There is no doubt that they did a better job than some of the professional artists when it came to the de-aging process, as demonstrated by their video of young Luke from The Mandalorian but also of their take on Moff Tarkin and Princess Leia from Rogue One, who they fixed significantly in comparison to the creepy, uncanny valley originals from the film.  Hopefully we will see more of Shamook’s work on the big screen in the future as well as the small one.