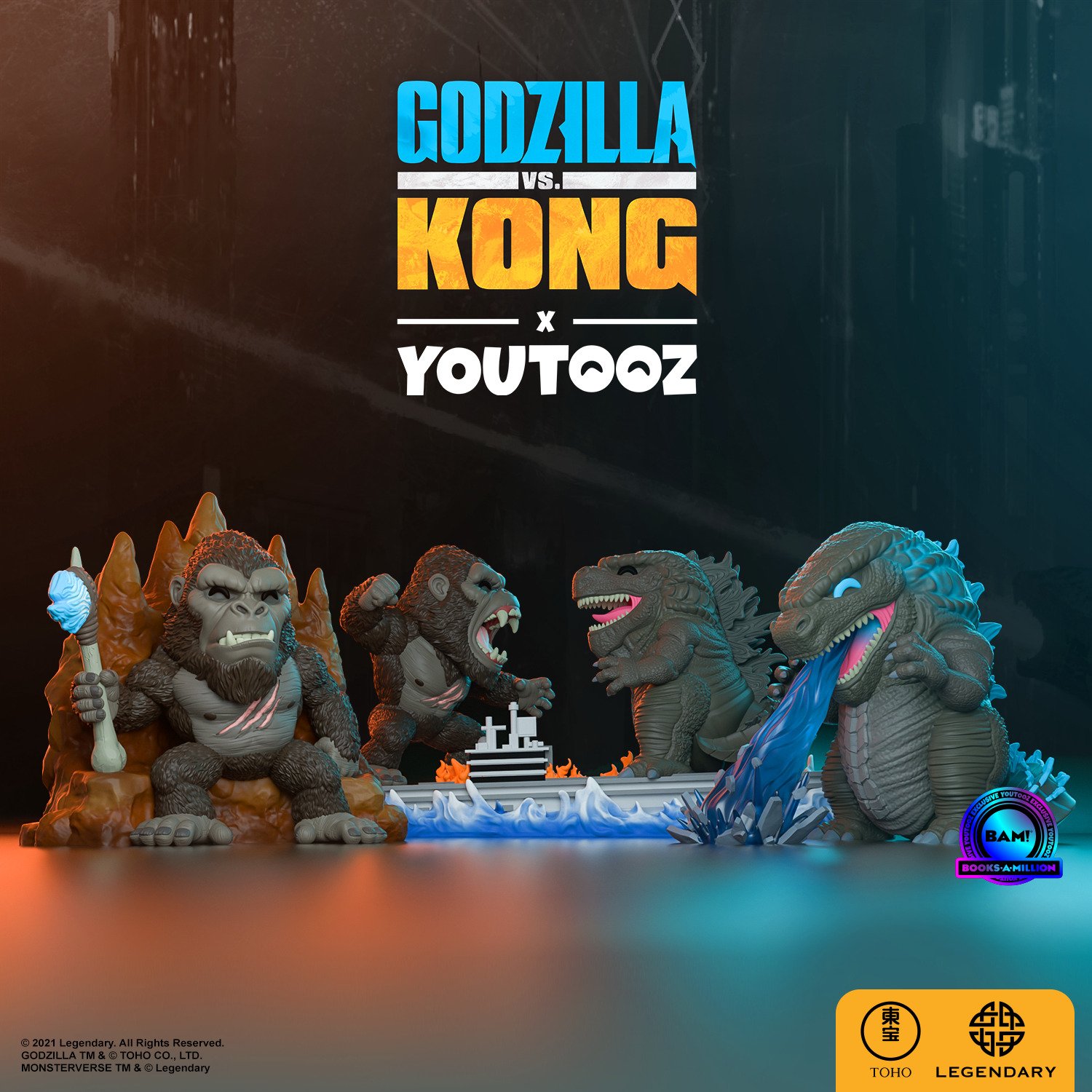 Youtooz are at it again with their cool collectables based on all sorts of pop culture from video games to movies, television, YouTubers and even memes because that is just the world that we live in now. This time around, it is one of the most over the top and epic fight scenes in recent movie history. The monster movie Godzilla vs Kong became surprisingly popular when it was released earlier this year thanks to the genuinely fun time that it was. The best parts of the movie were definitely the fight scenes, with amazing CGI and badass moments (I mean, it’s a movie that features a giant monkey fighting a giant reptile. What else do you expect?) and one of the most memorable of these is a scene on a ship where the two confront one another for the first time . So what do you do with a scene such as this one? You make a vinyl figure out of it of course.

The details are what make this particular collectable so awesome, with details such as Kong’s chest scars and Godzilla’s scales popping out and contrasting well with the water splash effect surrounding the base. As well as this, there are also plans for vinyl figures of both Godzilla and Kong individually, as shown in the image at the head of this blog. Godzilla’s figure shows him unleashing his atomic breath whilst Kong’s has him sitting on a throne , as shown in the scene where they discover an underground lair. Have a read of the official description of the Godzilla vs Kong Youtooz figure below.

Mounted on a steel grey colored ship that’s 1.83 inches tall and 2.97 inches wide, Godzilla and Kong are sculpted facing each other in battle position. The two stand at 4.31 inches tall. Both are in their classic colorways, featuring black and grey with details including scaley surface for Godzilla and hairy arms, legs, face and chin for Kong. The two kings continue to show power and strength, where both facial expressions are fierce and wild, showing teeth and fangs, ready to fight each other! Godzilla vs Kong are a great addition to your Youtooz collection. The sleeve is beautifully illustrated to show Kong and Godzilla, fire and destroyed buildings. The double-walled window box includes illustrations of Godzilla and Kong fighting on a burning ship while at sea. The interior of the packaging shows a city on fire.