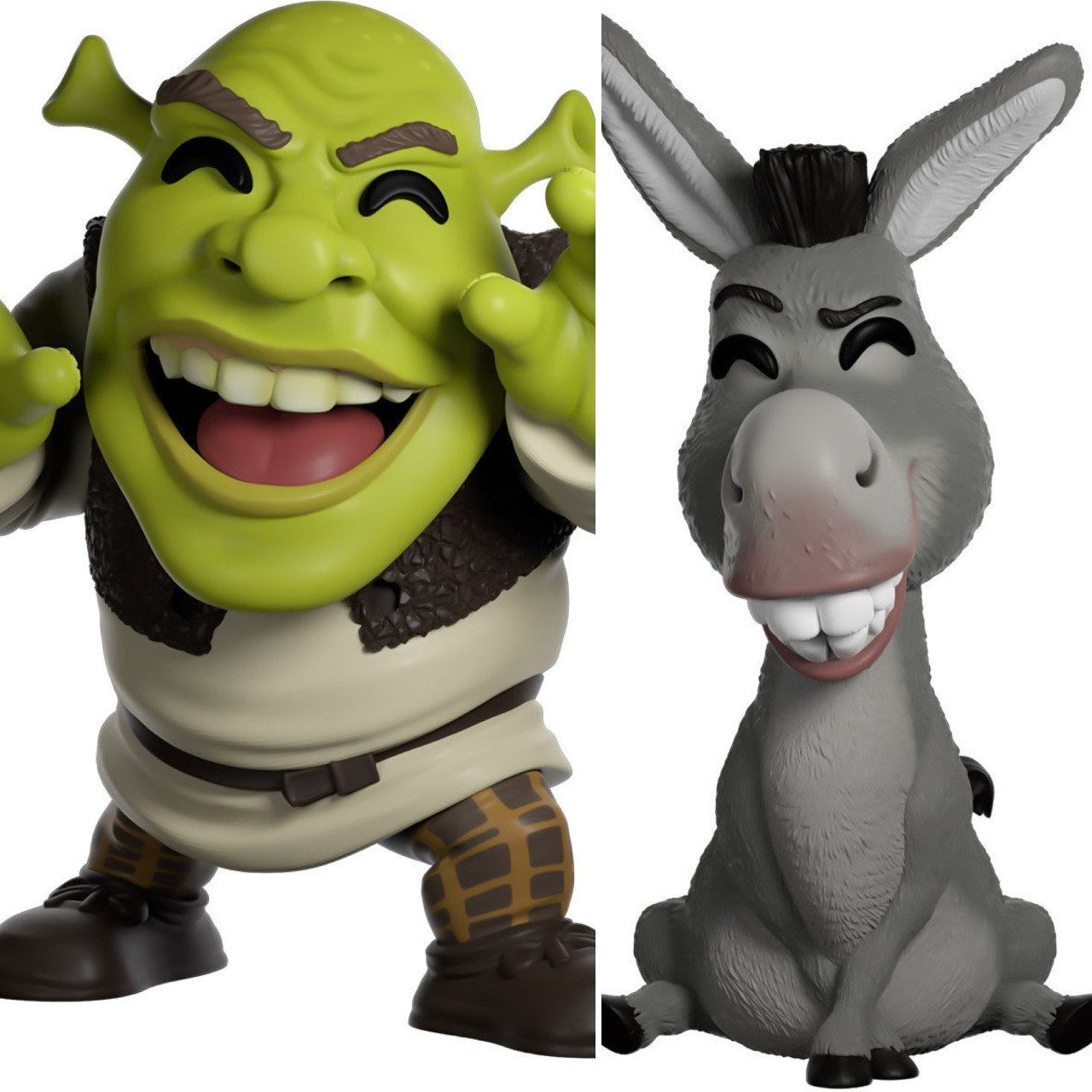 Anytime anyone mentions Shrek, an unrelenting barrage of memes enters my mind every single time and that’s exactly what happened upon seeing these upcoming Shrek and Donkey Youtooz figures. The Youtooz line of figures is no stranger to film and meme based collectables but this inclusion of the Internet’s favourite giant green ogre and his irritating ass combines animation, film and overdone memes into one package. Or two I suppose.

Again, Youtooz is proving to be one of the best vinyl figure providers out there as both Shrek and Donkey are bursting with character and personality in terms of the actual design of the figures. Shrek’s expression is creeping me out a little- I can’t lie- but you have to appreciate the attention to detail with his facial features and pose. The same goes for Donkey, whose giant teeth are the most prominent feature of his figure. Both of these YouTooz figures are definitely a must have for fans of Shrek, fans of collectables or connoisseurs of only the finest memes *insert “All Star” by Smash Mouth here.*

Both collectibles ship in a matte, embossed, protective outer sleeve- to make sure that no scuffs or scrapes come about in transit- and they ship for $29.99 each. Check out the figures linked here- Shrek and Donkey– as well as the descriptions for the figures below.

Shrek – At 5 inches tall, Shrek is sculpted to scare you as much as he can! His hands are out, as he launches a jumpscare at an unsuspecting victim. His ears, nose, mouth and teeth are carefully sculpted to capture the full emotion of his character. His double walled window box is illustrated to show the home Shrek lives in, with a sign that says Beware Ogre, warning passerbys of the potential dangers ahead.

Donkey – At 4.5 inches tall, his fur is carefully sculpted as he wears an open toothed smile and smirks at you. His double walled window box is illustrated after the dark castle where the battle with Elizabeth the Dragoness takes place.

Pop Culture Themed Weddings Are On The Rise, With a Significant Increase in 2021