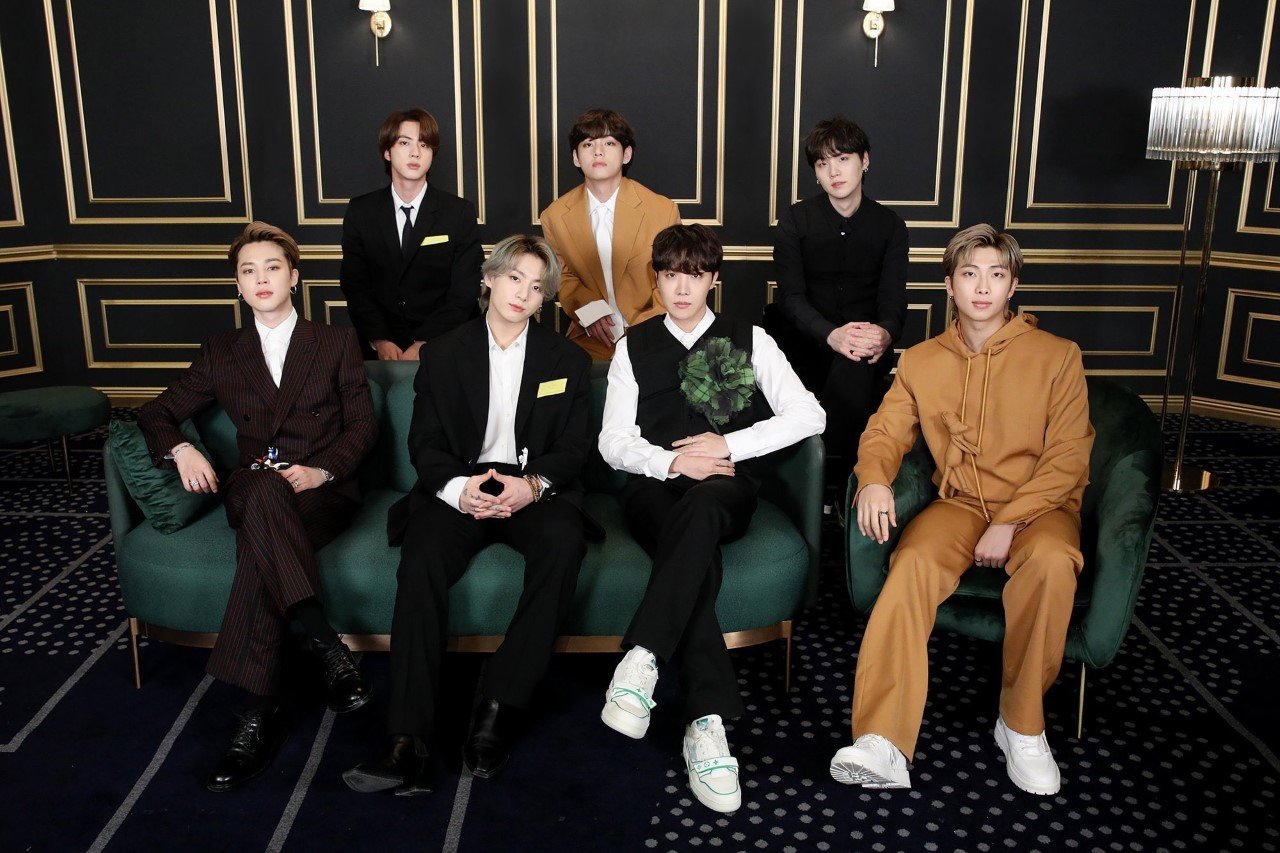 I will often try to keep politics out of this blog as much as possible but it’s going to be difficult to avoid it entirely with today’s post. I will be mentioning the rise of anti-Asian violence as of late so if that isn’t something you want to read, I completely understand, and thank you for considering my writing. That being said- if you’re still here- let’s talk about a topic that has fuelled plenty of news headlines the past few days: The Garbage Pail Kids Shammy Award Sticker Cards.

The Garbage Pail Kids- a series of sticker trading cards produced by Topps with designs that parody the cute and cuddly Cabbage Patch Kids dolls- have been around for a pretty long, debuting back in 1985 around the height of the Cabbage Patch Kids popularity. The Garbage Pail Kids have a line of sticker cards based around The Grammys called “The Shammy Awards” and this year was no different. This year, Topps produced six stickers based on Taylor Swift, Bruno Mars, Megan Thee Stallion, Billie Eilish, Harry Styles, and BTS. Most of the designs were cute and had funny and playful Garbage Pail versions of the artists. However, one of the designs was- to be frank- a disgustingly tone-deaf attempt at humour that fails on every level. It isn’t funny, it isn’t clever and it certainly isn’t a harmless parody to be brushed off as a failed joke. The BTS Shammy card shows the seven members of the group replacing the moles in the classic Whack-A-Mole arcade game. They are beaten and bruised, with many of them sporting black eyes, stitches, bandages, and missing teeth. Only the whackers arm can be seen holding a Grammy award that they are using to beat the group. The tagline of the sticker reads “Bopping K-Pop” whilst the secondary tagline is “BTS Bruisers”. I’m not particularly comfortable showing this image as I genuinely feel that it is an abhorrent attempt at humour in a time where the Asian community is facing rising acts of violence against them and I truly can’t believe that enough people gave this the thumbs up for it to get to the final approval stage. However, I am going to post the image below. I feel it is important to show, as describing it doesn’t really do it justice. As a writer, I feel that when I write on subjects like this one of the most important things to do is bring attention to the situation. Unfortunately, that sometimes means showing things that aren’t particularly pleasant. So here is the image in question and apologies in advance if anyone finds it offensive.

Topps immediately removed the sticker from the line up and tweeted an apology which read as follows:

“We hear and understand our consumers who are upset about our portrayal of BTS in our GPK Shammy Awards product and we apologize for including it. We have removed the BTS sticker card from the set, we have not printed any of the sticker cards and it will not be available.”

Personally, I hardly find this a redeemable or even a sincere apology. There is no mention as to why the consumers are so “upset”. These cards must surely go through a design process where art goes back and forth until a final version is approved. The fact that no one along the way thought that this was perhaps in poor taste is insane. Ever since the Coronavirus first came to light following the outbreak in Wuhan-China-, the attitude towards the Asian community has been frighteningly aggressive, with more and more violent incidents being reported. When the ex-president of the United States referred to the disease as the “China Virus”, things only escalated. Violence has escalated so much so that an attack carried out only yesterday in Atlanta resulted in the murder of several Asian women. Although it is still too early to decipher an intention, it is looking highly likely that it was racially motivated. The Asian community has become scapegoats of a sort, with many people thinking it is perfectly alright to blame and abuse them. That is why this BTS Shammy Card is so disgusting and dangerous. It is furthering those narrow-minded beliefs. Even if Topps argue that this was not their intention, how can they possibly defend their own narrow-minded behaviour by allowing this sticker to be developed in the first place?

What is also awful about this sticker is how there must have been some awareness from the team behind it that BTS were the outcasts at this years Grammys. As I discussed in my article on BTS’s Grammy experience this year, I feel that they were treated as somewhat “other” and not respected as much as their fellow artists. This is my own opinion but this idea becomes all the more prominent when you look at the other five stickers. They are cute and relatively harmless. Bruno Mars is seen floating in space due to the size of his collar and retro flairs with the caption “U.F.Bruno”. Taylor Swift’s card comes with the caption “Tree Swift” as her Garbage Pail kid variant merges with the nature-themed design that her Grammy performance set was based on. Megan Thee Stallion gets a simple “Stunning Stallion” caption as she rides a stallion on a beach whilst clutching her Grammy award (this shows that the cards must be relatively recent and quickly created as the awards ceremony was only held on March 14th). Billie Eilish gets a “Buoyant Billie” caption as she sings atop a sinking car and Harry Styles gets the name “Harry Boa”- poking fun at his choice to wear a pink fluffy boa at the ceremony (which is fine! Light and good-natured humour is a great way to stay humble after all) – as his boa takes a turn for the worst and comes to life, trying to bite Harry. All of the cards have secondary captions too which are equally harmless: “Wild Styles” for Harry Styles; “Medalling Megan” for Megan Thee Stallion; “Island Eilish” for Billie Eilish; “Lars Mars” for Bruno Mars and “Taylor Turf” for Taylor Swift. These cards are all playfully poking fun at these acts in their own way but the BTS card simply does not have this tone. It seems like a malicious stab at them, mocking their loss whilst also drawing attention to their mistreatment at the awards ceremony (basically being relegated to the end in an obvious attempt to maintain viewers and their snub). There are no good-hearted or fun-filled jabs here as with the other cards.

I actually had a look through some of the GPK Shammy card stickers from the other years too and couldn’t find any that seemed to be quite as harsh as the BTS one. The closest I got was a card for Pink from 2016 which showed her hitting the ground hard after falling from her memorable aerial Grammy performance that year. That was the only other one I could find with someone being hurt, but it still wasn’t anywhere near as harsh as this. It just seems mean-spirited when there were so many other things that they could have chosen for the card. Their colourful, retro outfits for example or their 70’s style disco dance moves or their rooftop performance. So many things that could have made for some light-hearted and fun cartoon jokes. Let’s be honest, they probably would have sold well too as we ARMY fans love ourselves a bit of BTS merchandise. We don’t all take ourselves too seriously either, so we are happy to get in on a bit of a joke at our own expense. However, this seems far more than just a joke. It is a cruel and uncaring attempt at humour with absolutely no thought put into what the implications of the image are when you consider what is happening in the world right now.

When I was younger, I became incredibly nervous after being bullied at school. I had always been shy but it was made much worse.  I found it really hard to laugh about myself or be self-deprecating. If anyone made any kind of fun or silly comment about me- with no malice intended- I would just assume that I was being made fun of (which I now realise probably made me seem somewhat stuck up and self-important). As I got older, I slowly became less uptight – in great thanks to my current partner and my family- and learned to laugh at myself. Having experienced it so strongly, I know how important this is. A sense of humour is necessary to get through the day but you have to be willing to extend this to yourself and the things you care about. For example, I know full well that I have a resting bitch face and everyone always seems to think I’m either mad at them or about to cry. Having to wear a face mask has actually helped with that a lot though funnily enough.  I’ve also got thunder thighs and my voice tends to raise several octaves when I’m nervous (which has gone down a treat at job interviews, let me tell you). In the same vein, I love BTS but I also love joking about the sillier things about them. Some examples: Jin’s windshield wiper laugh; SUGA’s tendency to act like an old man; Jungkook’s adorable bunny teeth and odd mannerisms; the weird “Cute” version of their songs that they have performed before in pink jumpsuits; RM’s somewhat provocative “Expensive Girl” song and some of his old haircuts. Never forget dreadlock Namjoon. The cringe is real.  That being said, I also like to think that I know where the line is and when playfulness descends into cruelty. This image does not just cross the line. It destroys it. Personally, I cannot say that this was for sure racially motivated by the creators (we cannot as a society make such sweeping statements as that is how lives are destroyed) but what I do believe is that whilst the other cards designs seems to have been motivated by fun pokes and jabs, BTS’s seems to be motivated from a desire to mock and to taunt. This card not only highlights their difference with the other acts- likely due to their race and being foreigners both literally and metaphorically due to this being their first time being nominated for a Grammy- but it also highlights the frightening ease with which some seem to be able to ignore socio-political issues and violent campaigns happening in the world in an attempt to get a cheap laugh. It is easy to ignore them and create images such as this when the matter doesn’t affect you directly but sooner or later, reality will hit. As controversial as this comment may be, I think what happened yesterday in Atlanta is proof of this. My thoughts go out to those affected by the dreadful attack.

As I have said before, I believe debate to be incredibly healthy so if you disagree at all with any of my comments here, please feel free to let me know. I also want to link some resources here in regards to the recent rise in anti-Asian violence here too, you can find them here and here.

Bringing the Fire and Setting the Night Alight: A Look at BTS’s Experience at the 2021 Grammys