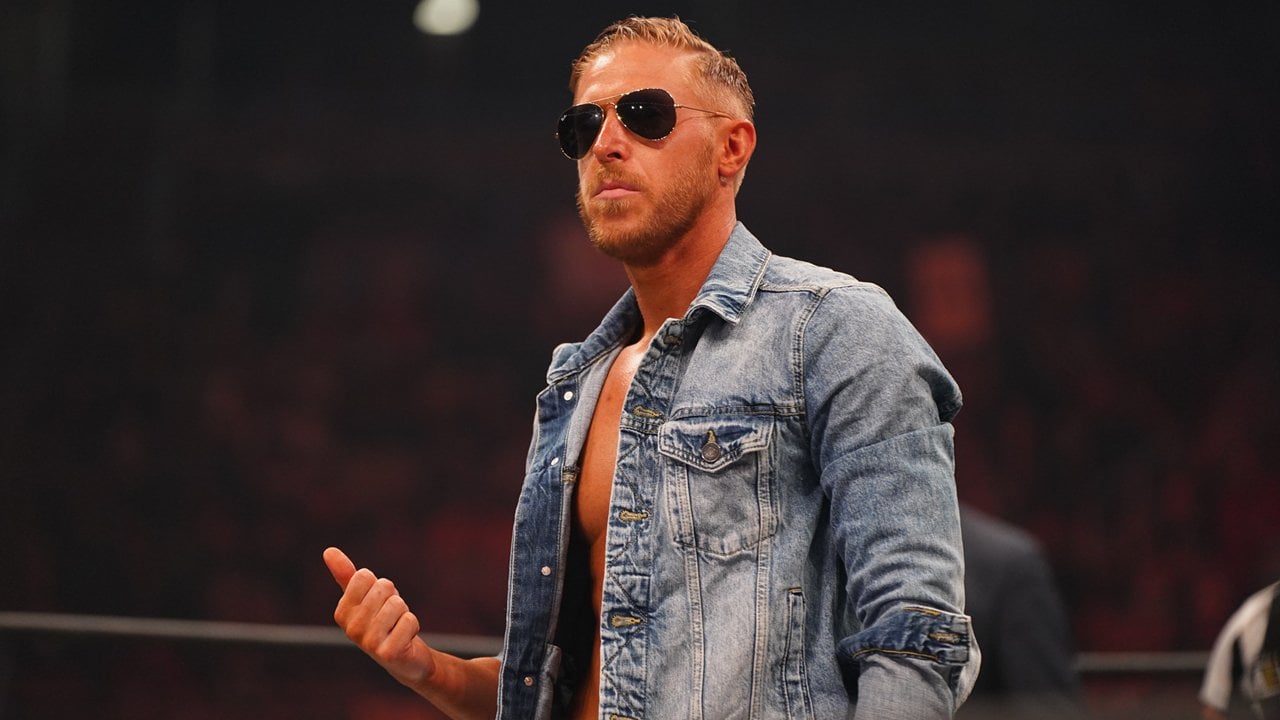 Who are the Top AEW Wrestlers?

Being in AEW puts you in elite company, pun intended. But being among AEW’s top 20 wrestlers puts you in an even more elite category. It’s one that should not be taken for granted. This is a company that’s been built on bringing in the best of the best.

Some of these wrestlers were well known before they got to AEW. Others have built their names there. But even with less than a year under their belts, AEW has some clear stars they can bank on. Though there are wrestlers who will need a bit more time to find their feet and grow.

Being a top 20 wrestler in AEW requires skill and style in the ring as well as a solid gimmick and excellent chops on the mic. There are more than a few people who fit those criteria at AEW. It will be interesting to take a look at a list like this after AEW has a few years under its belt and find out how it held up.

When Dean Ambrose let his WWE contract expire and returned to being Jon Moxley, no one was surprised he turned up in AEW. It was an obvious fit. The second man to hold their marquee title, Jon is doing some of the best work of his career. One can only seem him getting bigger over the next few years.

The AEW women’s division is not well booked and was thrown into disarray after a series of injuries to key players. Still, Hikaru Shida has managed to shine through as one of the bright points. Her matches are consistently great, and she is a highly entertaining performer. Hikaru is the foundation the AEW women’s division will be built on.

Fans have been waiting for Page to split from the Elite for months. Considering how close seems to be getting with #FTR, that split is likely to be imminent. Page is a hard-hitting, no-nonsense wrestler who lays his opponents out. He should be chasing a singles belt, not part of a tag team on the verge of splitting.

The man of a thousand nicknames needs to stop boring everyone with talk about ratings and get wrestling. If you ignore the ratings chatter, Chris Jericho is doing some of the best work of his career on the mic. He looks great in the ring, too. With or without a championship around his waist, Chris is still the highlight of the night.

You could be forgiven for not knowing who Sonny Kiss was before he showed up in AEW. He’s a talented, unique performer who is electric in the ring. His tag team with Joey Janela is heating up and his recent TNT Championship bout with Cody definitely opened some eyes. If you weren’t a fan before that match, you should be, now.

The big man has one of the most interesting gimmicks in all of wrestling. Additionally, Luchasaurus has the skill and the talent to back it up. He’s a massive guy who moves like a cruiserweight and obviously can throw down some serious kicks. Tag team success aside, Luchasaurus should have a solid singles run ahead of him in the future.

When you put a list together of the best luchadors in the business today, Pentagon Jr. has certainly earned a spot on it. Pentagon Jr. is inventive and intense in the ring. He moves at a deliberate pace that can switch gears on a dime. Alongside Rey Fenix, the AEW tag titles are inevitably in their future.

Yet another amazing wrestler that WWE just couldn’t figure out. Maybe they just didn’t want to. Pac is a superb crossover wrestler who’s as good in the air as he is on the mat. His team with Rey Fenix and Pentagon Jr. was just getting rolling when the pandemic hit. Fans will see more of them once Pac returns.

The son of the late Luke Perry, Jungle Boy is still relatively new to the wrestling business but is making a name for himself. He is obviously putting in the work and is dedicated to what he does. His high energy in-ring style has already built a huge fan base, one that will only get bigger as he gets better.

“Superbad” Kip Sabian and his fiance Penelope Ford have quickly become one of the most engaging duos on AEW. Kip is a talented wrestler who should soon find himself in the position to be chasing gold. If AEW doesn’t make him a champion, they’re sleeping on one of the best talents on the roster.

There is an argument to be made that Rey Fenix is the best luchador in wrestling today. He brings a frenetic level of intensity to his matches alongside his incredible athleticism. Rey and Pentagon should be tag team champs, but Rey should also be in the mix for a singles run down the road.

Ortiz is a bit of an enigma in the ring. One moment, he’s executing a match brilliantly, an expert with the small details that makes a good match great. The next moment, he’s biting the ropes and screaming at people. He and Santana have a tag team title reign coming their way but Ortiz seems like a guy who has even bigger things in his future.

Everyone watching AEW is hoping for Kenny Omega and Adam Page to drop the tag team titles. Why? Because then they can split and Kenny can chase the AEW World Championship. No one predicted that possibly the best wrestler in the world would be booked this way in a company he helped create. It’s time for “The Cleaner” to get to work.

The son of a son of a plumber might be boxed out of the World Championship scene, but at least he’s packing the TNT Championship. His open challenge has brought in some great outside AEW names. It’s also produced some standout singles matches. Ever since winning that belt, Cody has been on fire.

One of those talents brought in to AEW via Cody’s open challenge was Ricky Starks. He has already proven to be a superb signing, putting on several great matches on Dark. Starks also took an incredible bump from Darby Allin in the form of a skateboard covered in tacks to the back. With Taz by his side, the sky is the limit for Starks.

Pro skater turned pro wrestler, Darby Allin has proven to be a main event talent for AEW. His unique style and look combined with some of the most interesting vignettes in the company make him highly engaging. You are guaranteed that any match involving Darby Allin will be memorable. Just ask Ricky Starks.

Scorpio Sky has broken out on his own. His winning streak on Dark has yielded results in the form of a TNT Championship match against Cody. That being said, Sky will always be remembered as one half of the inaugural AEW World Tag Team Champions. It’s also worth noting that his new entrance music is an absolute banger.

Oof. Sammy has all the tools to be one of the greatest wrestlers of all time. He just needs to grow up. After hopefully learning his lesson regarding his awful comments about Sasha Banks, he screwed up on Dynamite and busted Matt Hardy open the hard way. Sammy is athletic and charismatic. He just has to get out of his own head.

On the other hand, MJF has everything down pat. He is, without a shadow of a doubt, the best heel in the business today. MJF is obviously a talented athlete but he’s an absolute killer on the mic. If he doesn’t take the championship off of Moxley at the next pay-per-view, he will in future. AEW cannot afford to not make him champion.

If you told Orange Cassidy a year ago that he would be the face of AEW, Cassidy would have shrugged his shoulders and walked away. Because that’s how he responds to everything. His sloth style gimmick is brilliant. When he wrestles or goes get on the mic, he proves how great he is at both. This is a superstar in the making.

Nail in the Coffin – The Fall and Rise of Vampiro: Another Wrestling Doc Worth Seeing

“The Final Days of Owen Hart” is Nothing Less than Chilling