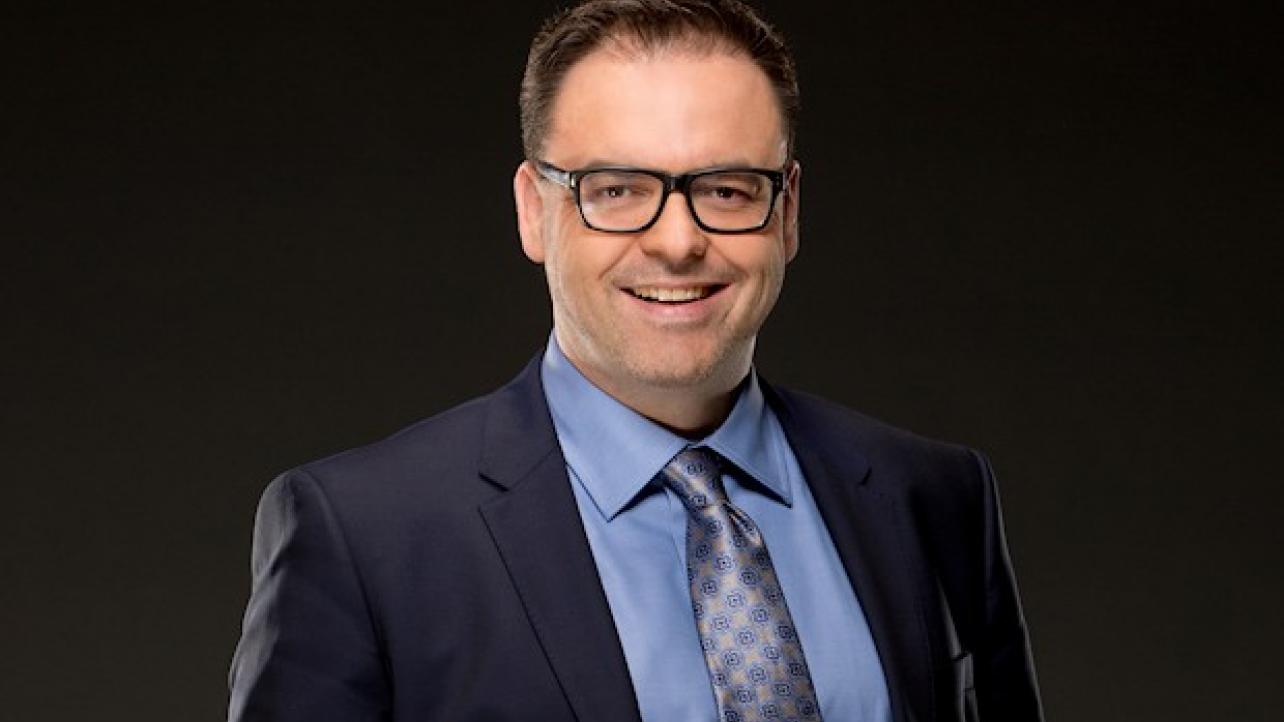 The Career of Mauro Ranallo

It cannot be stated enough how important a good commentator is to a wrestling show. Their voices come through over the action, guiding fans through matches and more. A great announcer provides context and hypes what’s happening on screen. They can help make a mediocre match great with a few simple words. The reality is that Mauro Ranallo is the best commentator in the game today.

If you’re not familiar with Ranallo, he has been a commentator and announcer for pro wrestling, MMA, kickboxing, and boxing. This currently includes companies like Bellator, Showtime, and WWE. He is notorious in the best possible way for his highly energetic style and for peppering in his wide vocabulary and pop culture references.

Unfortunately, Mauro Ranallo suffers from some serious mental health issues which he has taken in stride whenever possible. He has been open with his struggles and has become a prominent mental health advocate.

Mauro started with the WWE in 2016 as their lead commentator on SmackDown. Unfortunately, he shared the desk with former wrestler, champion, and a reputedly notorious bully, John “Bradshaw” Layfield. Mauro missed several dates in 2017 due to his mental health issues. Many believed that this was due to JBL bullying him, but Mauro later said it was primarily the schedule that contributed to his breakdown.

A short time after that, Ranallo and WWE came to terms on a deal that would bring him to NXT. He continues to call for Bellator but also works every NXT and TakeOver, which fans around the world love.

The Voice Of NXT

Alongside Beth Phoenix and Nigel McGuinness, Mauro Ranallo has become the voice of NXT and is more closely associated with the brand than anyone else. His talent at the announcer’s desk pairs perfectly with the talent in the NXT ring. Additionally, he, Beth, and Nigel are a distinct and impressive team.

What makes Mauro Ranallo stand out is the energy he brings to every event. His enthusiasm is infectious, but not just because he’s loud and acerbic on the mic. When all you bring to the announcer’s desk is volume, snark, and tattoos, you don’t really bring anything of substance.

Mauro Ranallo is capable of making you feel every bump in the ring with a few words. He draws you into the moment. His reactions become your reactions. Mauro Ranallo is part of the story he’s telling, whether he intends to be or not.

Truly great wrestling matches are all about the narrative they build. A great commentator is a key part of that.

In the makeup of an announcing team, you have a lead announcer, a color commentator, and someone who empathizes with the heel. It’s not always three people but those roles need to be filled. The NXT commentator team does that with Mauro, Beth, and Nigel respectively filling those roles.

Nigel is the perfect foil to Mauro Ranallo. He brings a similar energy level but directs his focus to the heels and what they’re doing. He and Mauro play off of each other beautifully. Beth Phoenix is still quite new to announcing but she’s progressing quickly in the role of color commentator.

Maybe she’ll pick up a second WWE Hall of Fame ring for her work behind the desk.

During the Attitude Era, it was Jim Ross and Jerry “The King” Lawler who were the voices of wrestling. The called a litany of iconic matches and moments that make up the history of that time. Good Ol’ J.R. is now lending his incredible talent to AEW while Lawler is back calling Raw and is better than ever. Mauro Ranallo and company are their modern equivalents.

Bobby Heenan. Gorilla Monsoon. Vince McMahon. Taz. Some incredibly talented people have sat behind the announcer’s desk in the WWE. Mauro Ranallo is a continuation of that tradition with an argument to be made that he’s the best of all time.

Like many pay-per-views, Survivor Series had a rotating group of announcers depending on the wrestling of each brand. Ranallo was noticeable due to his absence. The company line was that he injured his vocal chords calling NXT TakeOver: WarGames the night before but something worse may be at play.

Reputedly, Mauro Ranallo’s mental health issues may have reared their ugly heads once more thanks to some nasty tweets from Corey Graves. This has not been confirmed and Graves seemed to take issue with the accusation while deleting the offending tweets. Mauro has deleted his entire Twitter account.

Regardless of why he wasn’t there, Survivor Series was a largely lackluster affair that could have used a healthy dose of Mauro Ranallo’s energy.

The Future Of Wrestling

It’s a phrase that gets tossed around a lot, but the voice of Mauro Ranallo is the future of wrestling.

No one sells what’s going on in the ring quite like him. One of the worst things that could happen to NXT during the Wednesday Night Wars would be losing Mauro Ranallo. If whatever is going on with Graves is even remotely true, it needs to be squared away quickly.

When his career is over, Mauro Ranallo will be remembered as the voice of a wrestling generation. Hopefully, WWE gets that and protects that resource.

The Career of Seth Rollins: From Face to Heel at Lightning Speed