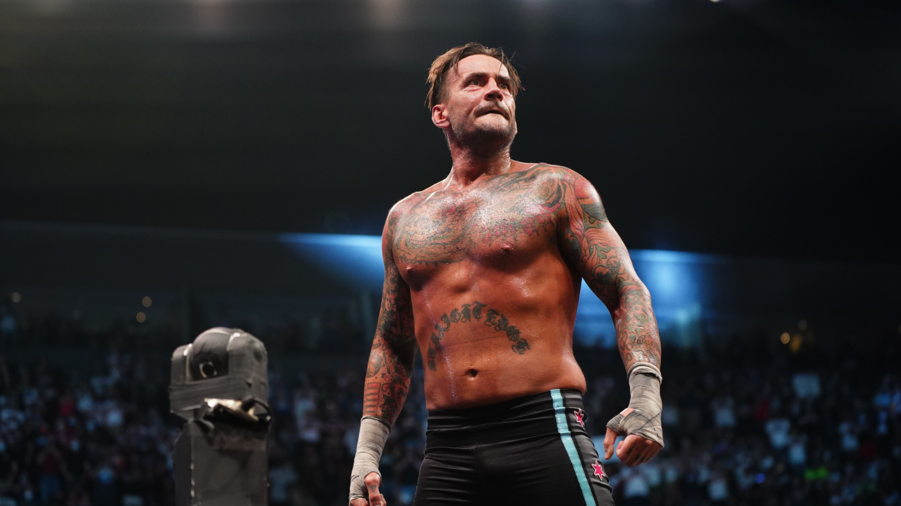 AEW’s third annual All Out pay-per-view has a stacked card. It’s so stacked in fact, that it may -on paper at least- be the best card AEW have ever put on. We have massive debuts, one-off international imports, and every title on the line. There are strongly rumoured surprise appearances -that we’ll get onto- and there’s arguably not a dull match on the card.

It may sound like a bit of big talk to say All Out 2021 has the best card in AEW history. After all, AEW have put on some stellar cards in their brief existence. However, you may still disagree with this claim. So, to clarify such a statement, let’s break it down.

Normally on a wrestling show, there will be at least one match that you have absolutely no interest in. The one that doesn’t have any high stakes behind it, features any prominent wrestlers or is in any way unique. AEW Revolution 2020 was a great show, but it had Jake Hager vs Dustin Rhodes. Double or Nothing 2019, AEW’s first proper pay-per-view, was spectacular and had all the excitement of being new. However, most of the matches were throwaway multi-man bouts with little build to them.

On average, AEW’s pay-per-views are great. A wonderful blend of quality wrestling, well-told stories, and shock surprises. It’s actually quite difficult to name a bad one. Maybe All Out 2020? It was a fairly weak card, plus there was the uncomfortable Hardy vs Guevara match which set an off-tone for the rest of the night. Maybe Double or Nothing 2020 too? It was the height of the pandemic so there wasn’t a crowd.

Anyway, we’ve looked at the good and the bad of AEW’s pay-per-view past. That leaves the question…

AEW has a set roster of staple main eventers. Mox, Allin, Omega, you know the ones. So, usually, AEW’s pay-per-views have a similar look to them. Yes, you’ll have a recent arrival’s debut, maybe someone coming in for a one-off appearance, but like traditional pay-per-views, the card is often a culmination of ongoing feuds. Normally shows will have one, maybe two surprises or unexpected match-ups. With All Out 2021, this may be the first AEW pay-per-view to feature everything.

There’s an interesting international match-up in Mox vs Kojima. A massive debut bout in the form of CM Punk. An indie-lovers work-rate match from Pac and Andrade. The big-money title match between Omega and Christian Cage. The huge Woman’s Battle Royale. A spot-fest in the making between The Young Bucks and Lucha Bros. The one with a fascinating stipulation in Jericho and MJF, a bout that could result in Jericho retiring. There’s the biggest Women’s match in the promotion, based on fan investment at least, between Britt Baker and Kris Statlander. Even if it’ll not be great in-ring, Paul Wight vs QT Marshall has an intriguing factor about it. Every match at least has a fan-favourite wrestler, interesting story, or stipulation to make it compelling. There’s variety, high stakes, great stories, and an undoubtedly manic Chicago crowd.

That’s not even mentioning the inevitable surprise appearances. Daniel Bryan is very heavily rumoured, as is Ruby Soho. Who knows who else could make an appearance. AEW All Out 2021 potentially could have every element that would make up a perfect wrestling show.

What Could Possibly Go Wrong?

Well, the biggest problem would be if something happened with the CM Punk match. Surely it will be the main event, as any match after it would likely suffer from fan-burn-out. Most of the crowd in Chicago will be there for that match anyway and, as expectations are so high, if anything does go wrong it could spell disaster for the whole show.

Also, speaking of Punk, if enough of the crowd are lapsed fans turning up for the debut of Punk alone, it could mean a quiet crowd for most of the night leading up. Remember, how good was Double or Nothin 2021 with the lively crowd back? Take that crowd away and it would’ve been considerably worse.

Finally, All Out 2021 has a BIG card. There are a lot of matches. That runs the risk of both fan fatigue if the show goes long or underwhelming matches that go too short. Let’s hope that doesn’t happen and that All Out 2021 can live up to its lofty expectations.

A lot of internet talk points to a potential debut of the former Ruby Riott. If so, AEW has a history of having the debutant win these matches. Brian Cage did it, why not Soho? The next biggest contender would be Thunder Rosa, but considering she’s already a current top contender it’d be a waste of the Battle Royale’s prize.

Kenny has already dropped the Impact title. He’s also likely to drop the AAA title. Considering the long-running storyline with Hangman Page seems destined to involve Omega and the AEW title, Kenny clinging to his last remaining belt would only add to the evolving storyline. This may be the most predictable result of the night. Christian Cage surely won’t become a double champion in 2021.

Andrade hasn’t had his big match yet since debuting. Pac doesn’t need this win at the minute.

A quick squash before Wight goes back to the commentary booth. He can’t get pinned by QT Marshall, though potential shenanigans could complicate this prediction.

The Bucks have been due a loss for a long while. Now, it feels like the time. Everyone loves the Lucha Bros and the post-match events after their match against Jurassic Express hinted at a possible face turn. Rey Fenix especially has top babyface potential, make it happen.

It may only be an in-ring retirement from AEW on the line -you’ve got to think Jericho would like one more run in Japan or Mexico before calling it a day- but there’s no better opponent to make it happen than MJF. Would almost be a waste not to.

Seems too soon for Baker to lose it. Statlander hasn’t been built up enough yet for a title run. Should be a great match, but not the time for a change.

Just going by the match against Nagata, these are more exhibitions than proper matches. Should go the same way you’d imagine.

I can’t see Miro losing the TNT belt for a long, long time.

CM Punk vs Darby Allin – Punk
It’s in Chicago. There’s a whole other article for you to read for more of a breakdown.

For more on All Out, check out the latest episode of Talk AEW, embedded below.

100 Episodes Of AEW Dynamite: A Retrospective

The Problem With AEW’s Mid-card