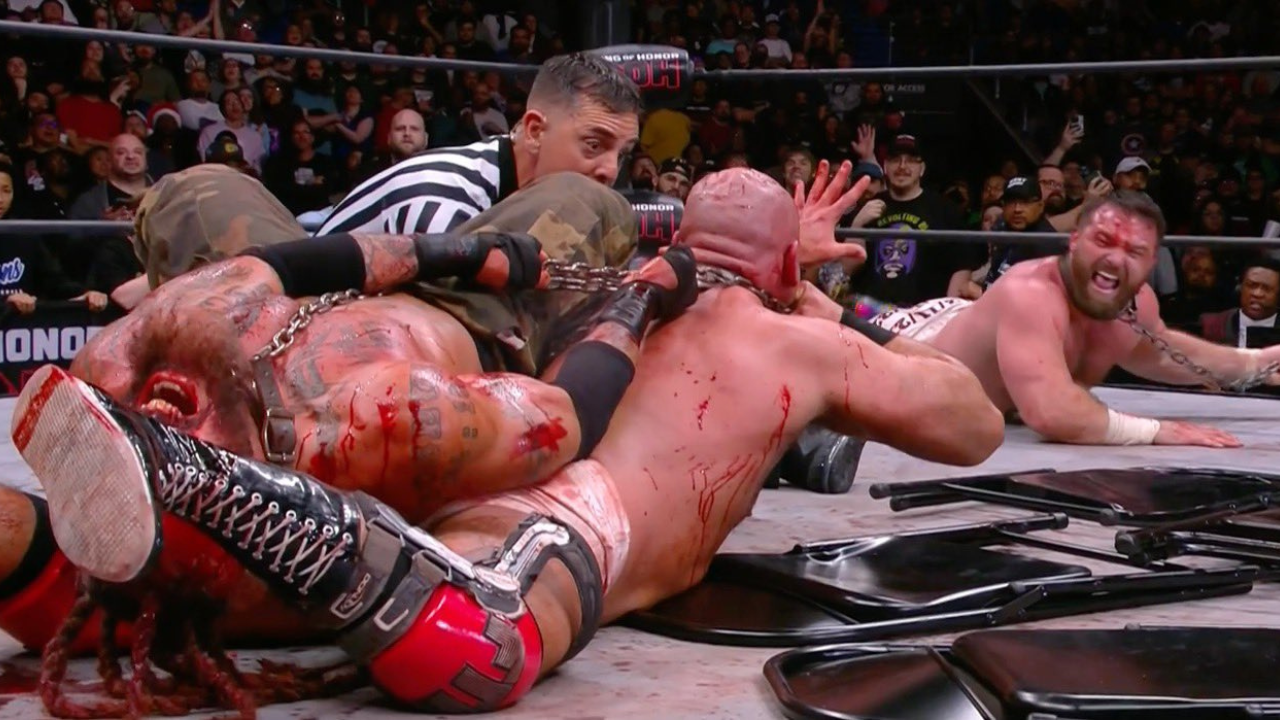 It’s not just an AEW thing anymore, not when every ROH PPV this year leaves you over the moon with such a compact roster. Every event boasts a MOTY candidate, moments that catapult young and veteran names to the sky, and the smoothest overall presentation by any wrestling product today. Final Battle 2022 was absolutely no exception, as evidenced by these moments and takeaways from the final ROH show of the year.

It’s quite perplexing to think Keith Lee and Swerve Strickland are still a tag team. It feels like 2 missed apologies ago that Strickland slapped his supposed friend during a mid-match tantrum. But this wasn’t the primary story here.

Shane Taylor apparently harbors feelings of abandonment from Lee that he held onto for 6 years. Taylor and Griffey, as Shane Taylor Promotions, would try to steamroll their way to victory purely through cohesion and constant combos. A match highlight includes Lee catching the leaping giant mid-air, but for the most part, STP totally had control.

But hey, accidents can happen. On any side. Matches and finishes like these remind us why Lee and Strickland were convincing World Tag Team Champions not so long ago.

With the stipulation revolving around Claudio Castagnoli losing, combined with the Blackpool Combat Club coming undone the previous weeks, few probably predicted how this match would end. Much less Castagnoli winning with the Giant Swing and actually submitting Chris Jericho with it.

The celebration that followed, with Castagnoli partaking in a streamer party with the audience, was heartwarmingly on brand. As a whole, this was a much bigger win than his 1st World title win, and despite the name value of Jericho, the people knew who their real champion was.

(Bonus moment of the night is Ian Riccaboni saying he normally has to behave himself on AEW, but tonight he can be as anti-Jericho as he wants. Adorably hilarious.)

It’s not always the card that pushes a wrestling show to the next level. (I for one thought 1 particular match carried this entire PPV on paper.) Many times it’s the crowd that does it. On this night, they elevated a wide range of names to thousands of potentially new eyes coming from AEW, such as Blake Christian and Shane Taylor, and they went extra mad for fan favorites like Willow Nightingale and Keith Lee. Crowds like these are what you need, and help you fall for wrestling again and again.

The ROH featuring AEW formula is an infinitely more fitting, entertaining presentation than the reverse. Granted of course every ROH event in 2022 has been a PPV, big moments are given ample time to breathe. Don’t constantly have to cut away to the next vignette, the next development. Don’t constantly have to allot a lot of match time to ad reads.

In short, ROH borrowing AEW feels like a wrestling product showcasing big time names. AEW borrowing ROH feels like a big time show with a big time roster getting even bigger, which is exhausting. And I never once felt exhausted watching this 4-hour show.

Outside of FTR, The Briscoes, and all the spilled blood, 2 of the scariest things from this match came courtesy of Caprice Coleman. The first was him asking Ian Riccaboni if he smelled the iron in the air. The second was him saying he’s not worried about his 4 friends right now; he’s worried about them tomorrow.

This nasty, gnarly, ugly, beautiful match evoked all the things it needed to evoke: concern, fear, satiation, catharsis, awe. I was incredibly unsure about this match going in. Even going back to Match 1, I said I didn’t want to see it again. But every succeeding match in this series so far has ended up being a spectacle I’m proud to have seen. And every time I see Mark Briscoe and a pile of steel chairs, it bears repeating again:

I love you; stop.