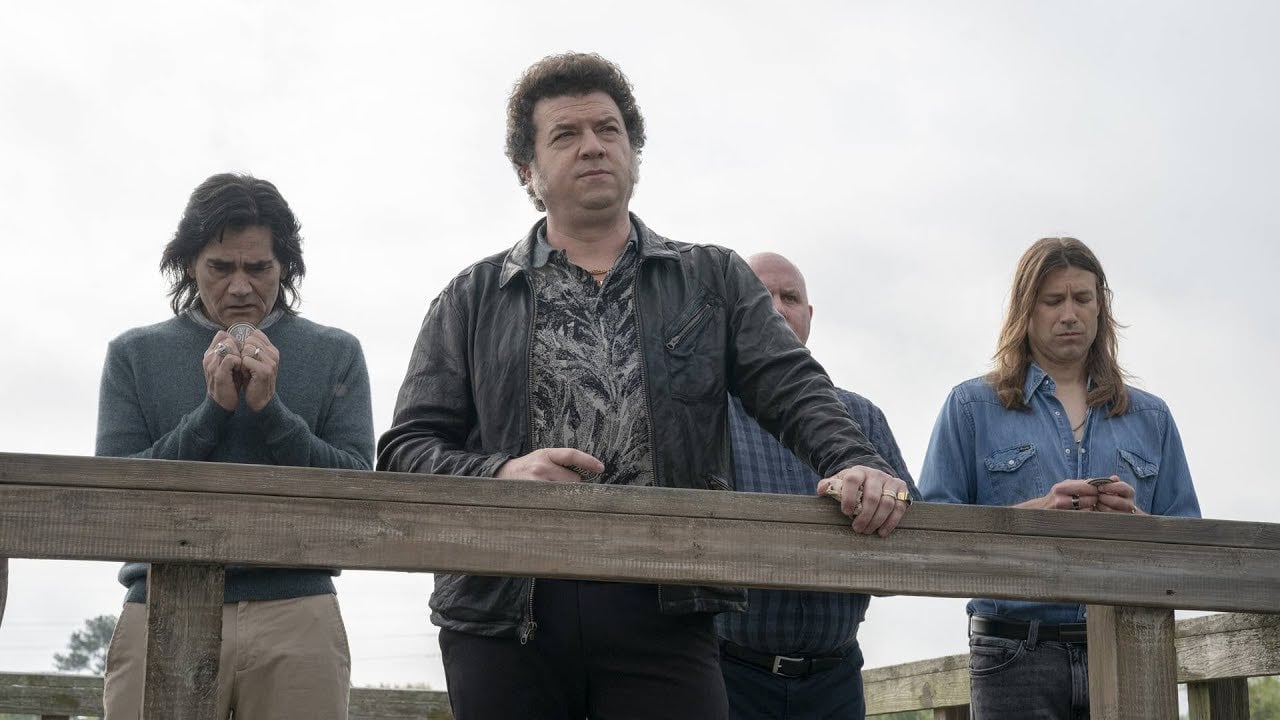 There’s no more telling harbinger of what’s to come in The Righteous Gemstones than the toppling Jenga tower in Jesse Gemstone’s living room at the end of “Now the Sons of Eli Were Worthless Men“; when an empire is built on such a precarious, unsettled foundation, it’s only a matter of time before the wrong piece gets removed, and the whole thing comes toppling down. It’s not exactly a surprising bit of foreshadowing, but it is nonetheless effective, a potent visual metaphor that applies to much of the episode preceding it.

It’s impressive how “Now the Sons of Eli Were Worthless Men” is able to push to the precipice of so many climactic moments, only to pull up at the last moment to bring more depth to the simmering conflicts.

At the center of “Now the Sons of Eli Were Worthless Men,” though, is Judy Lee, whose character has sprung to life over the past three episodes. In what’s quickly becoming an MVP performance, Edi Patterson’s Judy lives at the intersection of The Righteous Gemstones‘ many stories, a woman forced to live in the shadow of her mother and brothers, victim of both the misogynistic goal posting of her identity and career, and the legacy of her mother, whose personality was accepted, loved – and even fought over – by so many people.

On the heels of “Interlude,” watching Judy push against the glass ceiling imposed on her by Eli is devastating to watch, even as The Righteous Gemstones builds beautifully comedy around Judy’s frustrated outbursts and quirky asides (I nearly pissed myself when she blurted out “Let’s fucking kill people!”). Eli’s just never taken her seriously, a dismissal that’s spread to his sons; Kelvin undermines her every time she speaks, and Jesse often only tolerates her when it serves his needs, even when his balls are in a vice over the video his son’s been trying to secretly blackmail him with.

But the Gemstone family, absent of its matriarch, is not willing to let another woman run the show; Jesse’s absolute refusal to be honest with his wife offers potent parallels to how everyone views Eli Gemstone’s only daughter, and her importance to keeping the Gemstone family together. “Interlude” showed us the seeds of that conflict brewing; with that, the subtext of Judy’s scenes in “Now the Sons of Eli Were Worthless Men” becomes so much more potent, from her middling professional designation, to the narcissism-tinged frustrations she feels at not receiving the same nepotistic treatment as her brothers.

It gives moments like Martin’s attempts to speak for Eli an added layer, something beyond the comedy of her flipping out because she’s being shut down again; Eli can’t even bring himself to be honest with his treatment of Judy, an undercurrent that becomes a rush of emotion in the episode’s closing minutes.

There’s satisfying drama to be had in Judy’s plot, for sure: seeing her team up with Baby Billy (while kind of recognizing that they’re treating each other as a means to an end) is a wildly intriguing proposition, a true test of Eli’s patience with his brother-in-law’s constant schemes to turn Aimee Leigh’s talents into a paycheck for himself (“I have nothing to show for it,” he tells Eli – though, given his many, many debts, we know this isn’t quite true). There’s a moment when Judy and Baby Billy are singing “Misbehavin'” and the camera pauses on a contemplative Eli, who can’t help but see the spirit of Aimee Leigh shining through Judy on stage, letting out the smallest of smiles to himself as he watches her channel her mother’s beauty and energy.

But like Gideon and Jesse’s uncomfortably honest embrace of each other, the good times and memories are but brief respites from the present; and whether it’s the sight of an increasingly frustrated Johnny Seasons at his tiny congregation, or Scotty’s unhinged anger at losing another battle with Jesse, it’s clear many of the tiny cracks we saw forming in “Interlude” are threatening the very foundation of the Gemstone empire. Jesse’s manic attempts to claim victory over his blackmailers and mislead his wife are suspiciously successful in “Now the Sons”; but as he celebrates and takes family photos dressed in white suits, the precarious balance of the Jenga tower is clearly falling apart.

It’s impressive how “Now the Sons of Eli Were Worthless Men” is able to push to the precipice of so many climactic moments, only to pull up at the last moment to bring more depth to the simmering conflicts. Judy and Baby Billy are the obvious highlights – it certainly felt like him and Eli were going to go blow-for-blow in the green room Billy’s staged in the middle of the old Sears store – but the material around Jesse, specifically with Gideon and Amber is also impressive, in how it continues to build out this rich farce Jesse lives in, one where he’s always victorious and never guilty (or responsible). He makes gestures at being a pastor and a father, but he’s really the most fraudulent Gemstone of them all, something The Righteous Gemstones continues to unravel in delicious fashion.

“Now the Sons of Eli Were Worthless Men” makes a conscious decision to close on that Jenga tower, a moment after Eli’s smile, and a moment before Scott Steele (and all the reality he brings with him, however, unhinged he might be) arrives at the pearly gates of their kingdom; after all, the fun of Jenga is not in finding balance, but in the chaos of watching the best-laid plans fall apart, a fascinating study of a disaster in slow motion The Righteous Gemstones is observing as it heads into the final act of a masterful freshman season.

The reveal of Keefe’s sleeping garments is another wonderful parallel to Jesse, who is most certainly going to get caught with his pants down about all his lying sometime this season.

Anyone who knows me knows I love talking about the intersection of sports, philosophy, and television: seeing the Gemstones play golf while Judy tries to assert herself has major echoes of the Bhagavad Gita, which The Legend of Bagger Vance (which isn’t as terrible a movie as people think it is, and a terrific book) is based on. The idea of “true self” and one’s “authentic swing” is powerful, and beautifully integrated into this episode – I could spend a thousand words digging into the two-minute scene, but let’s just say it is a beautiful visual metaphor for the journey of self-discovery Judy’s in the middle of.

Walton Goggins is having so much fun, and it shows – his walk away from Eli backstage is Emmy-worthy stuff. His costuming is also award-worthy; from the suits to the golf clothes, his character is so beautifully captured in his clothing. Costume designer Sarah Trost’s work cannot be understated here.

BJ is quickly becoming the equivalent of Tom on Succession, and I am here for it.

I don’t know what is funnier: Judy yelling “I gotta shave my pussy so I can surf faster” or her later admission that’s she’s already… gone under the razor, so to speak.

20 Years Later: The West Wing is a Whole World Away