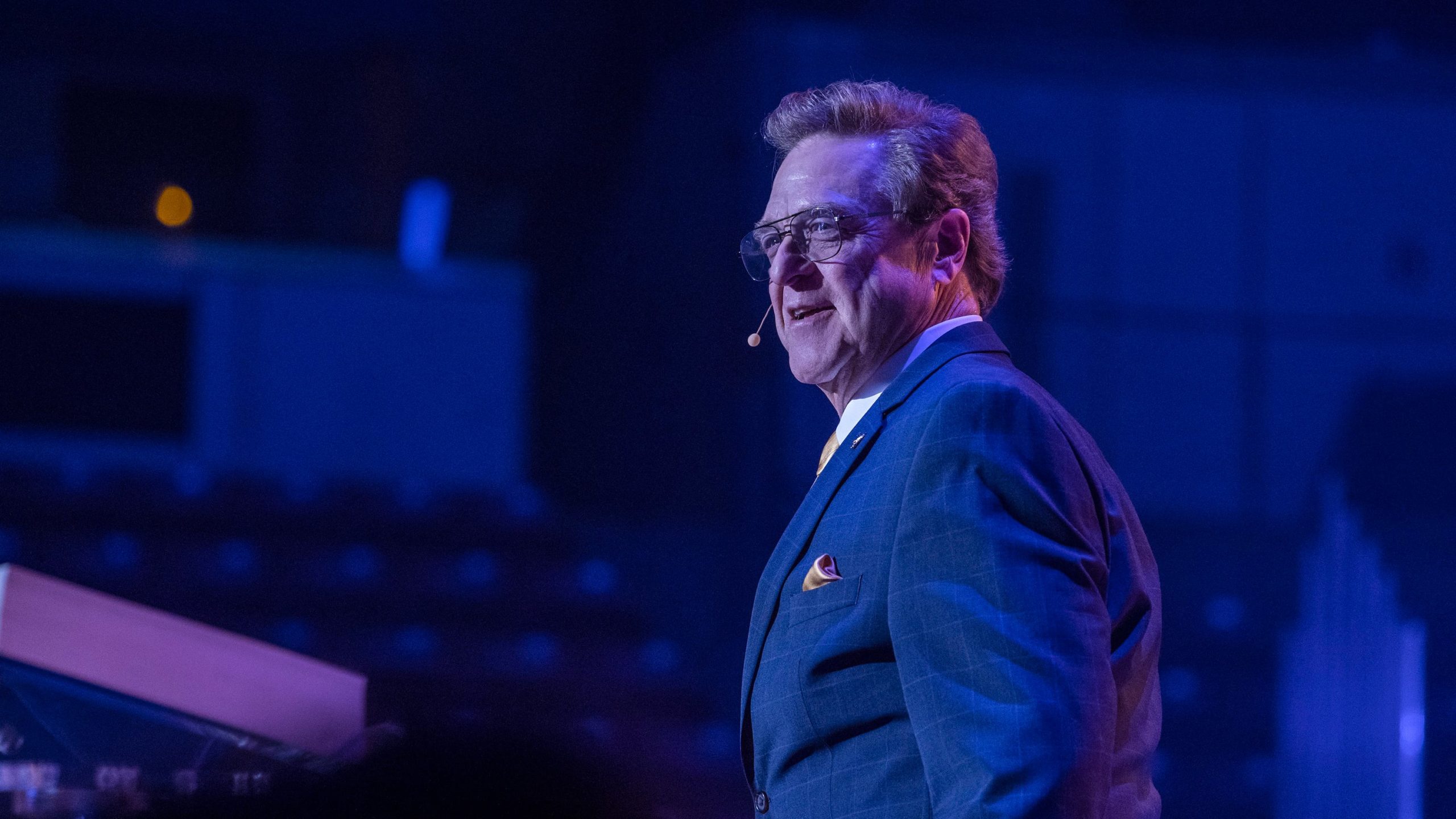 “Better is the End of a Thing Than Its Beginning” parts the seas of drama and violence, for pointed observations on the art of forgiveness.

It helps it is easily the most emotional episode of the series; opening on the Gemstone family falling apart literally twenty seconds after Aimee Leigh’s passing, “Better is the End of a Thing Than Its Beginning” is a master class in tone, using a bee – a Biblical symbol of community and shared purpose – as a catalyst to jolt so many of its characters into their reality (which in Baby Billy’s case, is a very literal turn of phrase). The ability of a family to come together and fall apart gets condensed into the minutes-long cold open, a fantastic appetizer for the emotional roller coaster ride to follow.

In the wake of Scotty’s fortunate passing, the Gemstone siblings are all facing exile from their homes; fired by their father, and deservedly abandoned by the ones they love, Jesse, Judy, and Kelvin seek out redemption in the usual, complicated Gemstone way. Kelvin, after briefly embracing the darkest voices in his mind, abandons his eye makeup and brings back the one person in his life he doesn’t share a last name with; Keefe, who immediately reintegrated himself with the strange Satanist clan of his younger life (which includes him in a latex suit that covers everything but his dick, submerged in a pool of liquid while getting high on nitrous).

It’s a bit of a stunted arc, one played more for comedy than anything emotionally evocative; but it works, mostly as an amuse bouche for the episode’s ruminations on identity, and the uncanny ability of each Gemstone to make everything about themselves, in their own special ways. For the most part, though, Kelvin’s been given the short stick in every episode, so his relative lack of soul searching in “Better is the End of a Thing Than Its Beginning” doesn’t feel off balance, simply a matter of The Righteous Gemstones‘ allotting its time to two larger, more resonant stories of his siblings. There’s clearly more story to be told with Kelvin – on his sexuality, his ridiculous sense of self-righteousness – but it’s obviously a story for another day, one Gemstones smartly nods towards, instead of diving headfirst into.

The biggest story of the finale is Judy trying to get back her man – in the process, turning The Righteous Gemstones into a one-woman highlight show. Though Jesse is ostensibly the center of the series, Judy’s become the easy MVP of the series, delivering heartfelt lines about unrequited love in the same breath as describing the “snail trails” she left on her classroom seat. Patterson gives Judy so many dimensions, mixing her middle-child syndrome and rampant narcissism while giving equal weight to her emotionally stunted, spoiled upbringing. In a series full of vibrant characters, Judy is a step above the rest, straddling the line between disgusting and tragic in the single best comedic performance HBO’s featured since… well, probably McBride’s protagonist on Eastbound and Down.

It also gives BJ a moment to shine in the light, giving a bit more shape to some of the show’s easiest punch lines; it is the un-emasculating of BJ, in a way, and it’s extremely satisfying to watch. If there’s a universal truth to the arcs of the finale, it’s the idea that honesty and happiness don’t occur simultaneously; the truth is a difficult thing to face, whether admitting failures to another, realizing one’s sense of self-worth (or lack thereof), or coming clean about mistakes. Judy does all three in front of BJ, but he’s still not ready to let her off the hook: we can seek redemption, from our loved ones and from the Lord, but those acts often only solve our own selfish needs of closure.

BJ, like Amber, isn’t satisfied with an apology, and the nepotistic justifications of their lovers’ actions; some pages just can’t be unturned, something Judy and Jesse both have to contend with. “Better is the End of a Thing Than Its Beginning” places them at both ends of the spectrum, to great effect: BJ finally takes Judy back (with some of the most disgusting romantic lines I’ve ever heard; “You save that piss for my chest”), and Jesse gets kicked out of his home after he fails to bring Gideon home from Haiti; honesty is a two-edged sword, able to be soul cleansing and crushing in the same breath.

Seeing Jesse contend with that gives the finale a surprisingly strong backbone; his first and second trips to Haiti circumferencing a powerful emotional journey to acceptance Jesse has to face. Like Jesus when he saw his end coming, Jesse eventually stops resisting the inevitable, losing his job, family, and wife in one fell swoop, punishment served for all the lies he told around his night of gambling and cocaine in Atlanta.

For Eli, the person he needs to forgive him isn’t around anymore; and if there’s an unexpected truth tucked away in “Better is the End of a Thing Than Its Beginning,” it’s Eli revealing himself as the biggest hypocrite of them all. He banishes his children until they find his missing money, he cuts a deal with Johnny Seasons (telling him he works “with” the family, not “for” them; we’ll see how long that lasts), and he only escapes Baby Billy’s ultimate judgment of him when a bolt of lightning strikes his brother-in-law. While the Gemstone children face their inner demons, Eli continues to ignore his, nodding through Baby Billy’s frustrations and dismissing his children’s conflicts, in his attempts to re-secure his legacy, and financial standing, in the wake of the unmitigated disaster caused by Jesse’s behavior – and ultimately, his and Aimee Leigh’s parenting.

Some, of course, are the product of miracles: Baby Billy, ever the gambling man, continues to hold off his own cosmic debts, avoiding death and finding his newest con during his climactic fight with the Gemstone family. He may not have walked away with millions of dollars in tax-free money, but he got something even more meaningful to him: relevance, power, and the ability to see his sister one last time (or at least, imagine it long enough to turn it into something profitable for him). Some people seemingly escape judgment and bad luck through their entire lives; though Baby Billy’s won and lost his share of fortunes, his ability to be honest about who he is (a grifter living off the reputation of his beloved sibling) allows him to exist in a space between the Gemstones’ hypocritical morality and absolute capitalist anarchy – like Eli, he knows how to turn his family’s story into money, but he does it without lying to himself along the way about what a cheater and snitch he really is.

For such a lengthy finale, none of “Better is the End of a Thing Than Its Beginning” feels bloated or unnecessary: it is a rather tight script leaving just enough room for its lead performers to chew on scenery – and in Edi Patterson’s case, deliver some truly hilarious bits of dialogue along the way (her asking Jesse if all her future boyfriends would “go down on her butthole” had me in tears, and you can see the cast barely holding it together). More importantly, it parts the seas of drama and violence for pointed observations on the art of forgiveness: its value, its shortcomings, and its inherent selfishness, in a powerful, emotionally potent season finale of HBO’s next great comedy.

If there’s one story The Righteous Gemstones doesn’t really deliver on, it’s Dot’s story. Her presence in the finale feels so random and disconnected from everything else going on. Maybe more in season two?

Danny McBride dressing full Casablanca to go to Haiti and talk to his son is just perfect costume design.

While praying for Baby Billy, a bee appears and stings Baby Billy’s head; rather than be distracted into self-destruction, Eli tells his family to pay it no mind, and it ends up bringing Baby Billy back to them. Maybe it is Aimee Leigh reincarnated, or maybe it is God giving the family a second chance, a metaphor for pain leading to salvation and clarity.

I love the montage of the Gemstone family gluing the plastic Jesus back together: it encapsulates their views on faith, family, and their business in such a beautiful, wordless way.

The wordless final scene is so perfect, such an understated way to finish out the season.

That’s it for The Righteous Gemstones‘ first season! Lord willing, I’ll be back whenever this fantastic comedy’s second season makes it to air (2020? 2021? All we can do is pray). Thanks for reading!

A Breakdown of a Crucial Scene in ‘El Camino’: A Breaking Bad Movie’