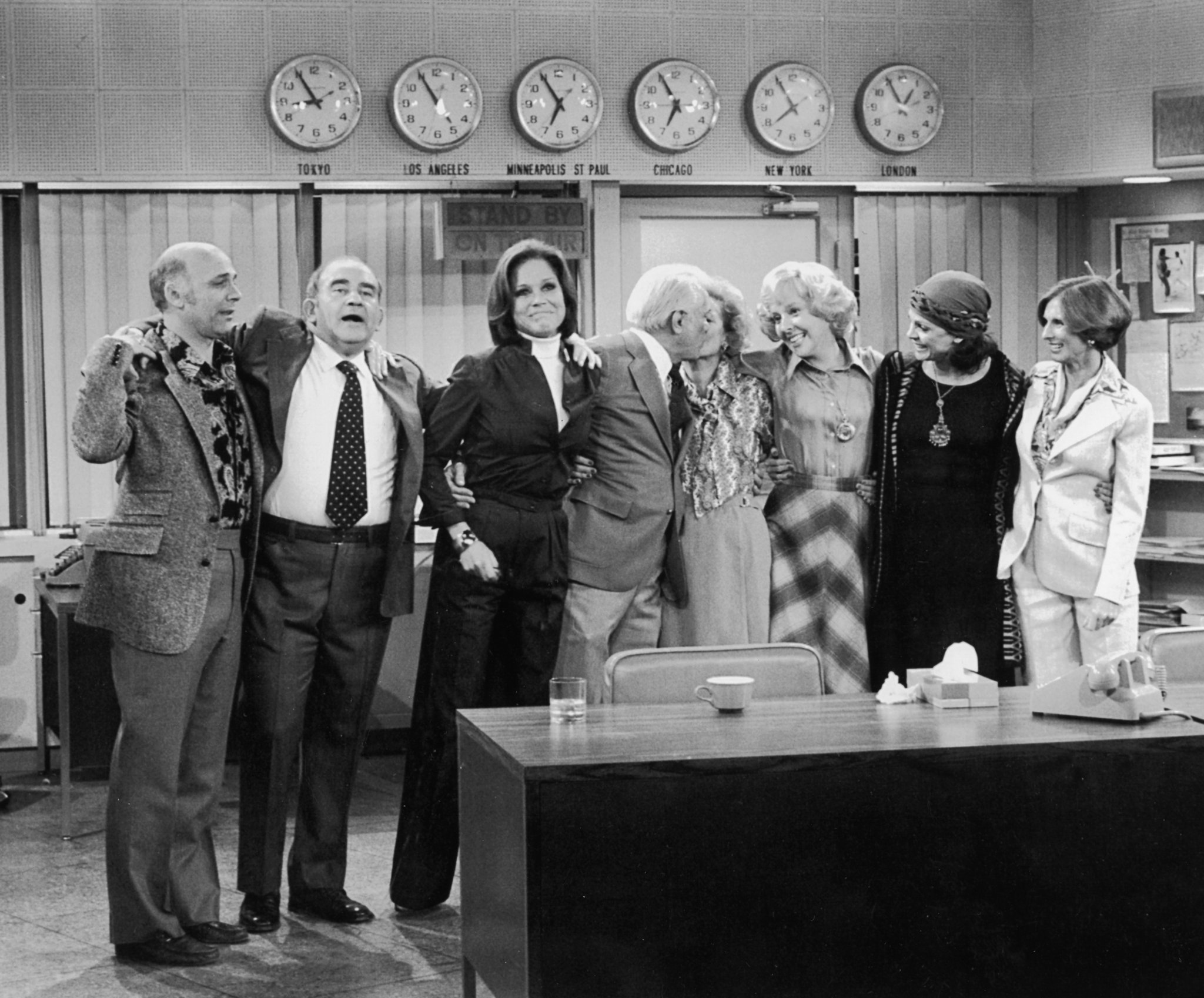 The Mary Tyler Moore Show began in 1970 on the CBS network. The show itself was groundbreaking. It centered on a single woman who had just gone through a bad breakup and was trying to make a name for herself. And she accomplished that throughout the seven years that the show was on the air.

In the first episode, we were introduced to Mary Richards, who had just moved to Minneapolis and was going to start work at the local news station. Since the show began right at the beginning of the seventies, the nation was still dealing with women in the workforce. We see elements of this throughout that episode; Mr. Grant seems reluctant to give Mary anything to do. She ends up sharpening pencils just to keep herself busy. Mary grew throughout the years on the show. Not only did we see her home life, but we saw her become one of the most respected people in the newsroom.

The series finale is quick and sweet. It starts with everyone at WJM getting fired, and gradually throughout the half-hour, we see how our beloved Mary Richards deals with the situation. The formula that the writers created for the series finale and even the show in general is a formula that we’ve seen in many, many series finales since.

The writers make a statement that just because the show is a half-hour comedy doesn’t mean the characters don’t deserve a proper send-off, just like we see in hour-long dramas. The characters of Lou Grant, Murray Slaughter, Ted Baxter, Sue Ann Nivens, Mary Richards, and yes, even Rhoda Morgenstern and Phyllis Lindstrom were all household names. The writers feel and express that we, the fans deserve a proper send-off to the characters.

It does so by capturing the bittersweet feeling of the end of a chapter from the time we find out what is happening to the news crew. We know, after the beginning, that this is it: Mary and the gang are leaving for good. So the rest of the episode, we are left in anticipation of what is to come next. Perhaps the biggest treat is the gift that Lou Grant gives Mary, which technically the writers are giving us, with the return of Rhoda Morgenstern and Phyllis Lindstrom, the two best friends of Mary that we grew to love in the first several seasons. Valerie Harper and Cloris Leachman, of course, went on to their own series, but it was nice to see them back for a few minutes.

In the series finale, we see Mary coming to a complete circle. The show ends with the group hugging together and crying. There is a comedic element of them all walking, still hugging, to Mary’s desk to get tissues, and then it is time to go. The last few camera shots and pacing are something that many series finales, like Friends, have used since, capturing the final interactions of these characters with an emotional final scene. We see one final shot of the WJM newsroom, and then Mary turns out the lights, and the experiences that we watched Mary Richards deal with finally come to a close.

The elements that the writers created and the actors portrayed have also stood the test of time: Mary Tyler Moore is still one of the comedies still aired today, and people/fans can still strike up conversations about it. In 1977 WJM might have turned out its lights, but the news crew will never stop working. These beloved characters will still be in peoples’ hearts for years to come.