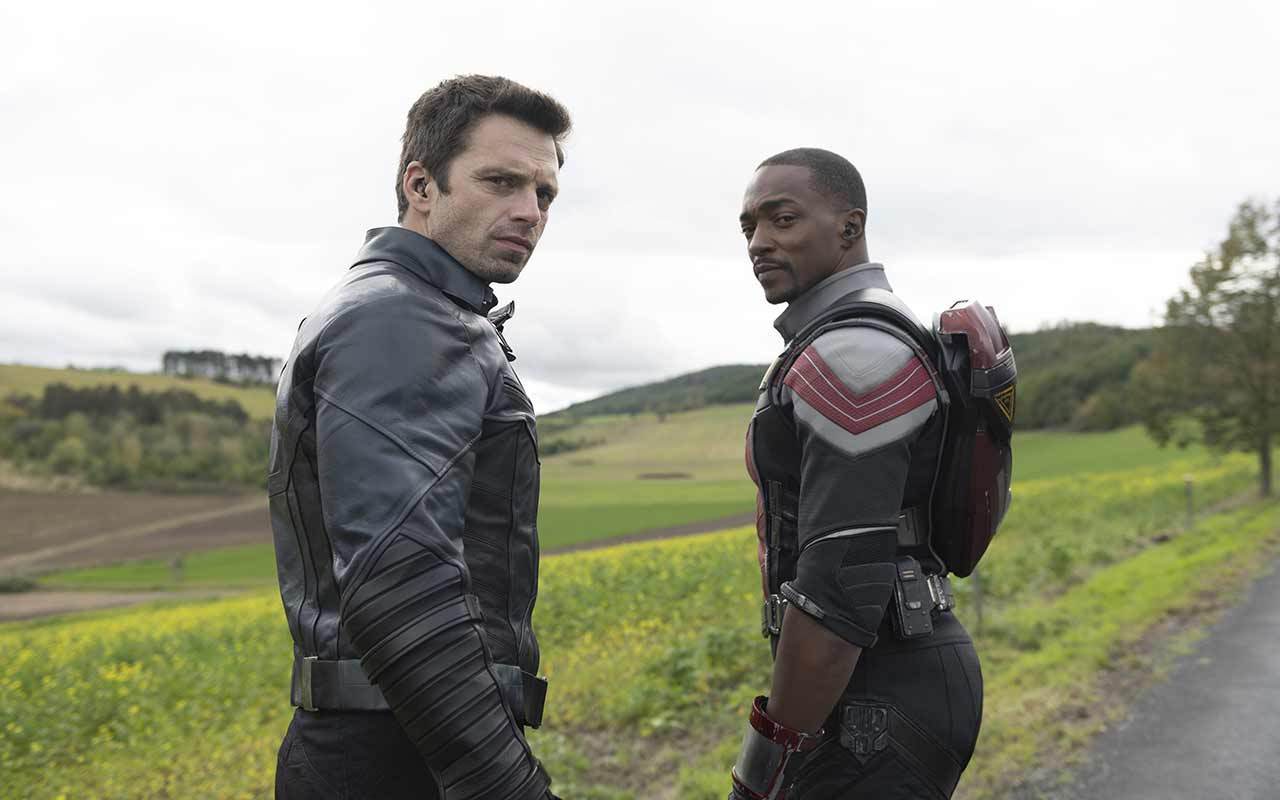 In a universe filled with charismatic double-acts and incredible team-ups, it would be hard to argue that Sam and Bucky take the top spot for the most memorable. Steve and Tony, Thor and Loki, and a raccoon and a talking tree have previously taken the lead when it comes to partnerships we love to see on screen. In this week’s episode of The Falcon and the Winter Soldier, “The Star-Spangled Man”, such a case is made for the two once relatively side-lined characters that it would be hard ­not to put them in first.

It’s odd, that a show with leads such as this re-meet in an almost pedestrian manner. Separated entirely in their pilot, the two almost simply just run into each other in a hanger with little fanfare, Bucky incensed that Sam gave up the shield only for the government to pass it to John Walker (Wyatt Russell). But it is immediately a joy. Without hesitation, they are arguing about which of the big three the threat of terrorist cell The Flag-Smashers are (“Aliens, androids or Wizards.”), and watching them bicker like children brings classic MCU delight much missed from screen for the past year – a therapy scene showcased in the trailer makes room for the biggest laughs of the episode.

That bickering, however, also leads to some of the episodes more difficult to watch moments. A stop-off in Maryland raises an incredible amount of questions on the government’s involvement with experimenting on people of color (an all-too-real and horrific history) and evolves into a depressingly relevant and anger-inducing scene of blatant racism, made all the more infuriating by the fact that its conception pre-dates the events of the Black Lives Matter movement in 2020, and the knowledge that not much has changed.

It’s clear what this show wants to tackle in terms of race and what the mantle of Captain America would mean for Sam, what it would mean to be a Black man taking up the shield. Despite his initial reluctance, it’s painfully unsurprising that a government would go behind his back to give the shield to a white man, a carbon-copy of the original Cap, all blonde hair and blue eyes. The casting of Russell as Walker is a neat trick; with similar looks to father Kurt, it’s difficult not to buy him as the all-American soldier. However, there is darkness behind Walker’s eyes that is easy to miss on first viewing, only glimpsed at towards the end of the episode – traditionally a fascistic version of the real-deal Cap in the comics, frustration begins to boil in the new, commercially viable super-soldier, seeding mistrust amongst the audience.

Whilst the first episode focused mainly on set-up, its second is filled with pay-offs, Sam and Bucky re-united, albeit tempestuously; an expertly written and deeper exploration of race in America and what a racist society views you have to be in order to represent the country; development of the titular characters to fully flesh them out (truly, both Mackie and Stan have never been better), not to mention some good old-fashioned visceral action for the superhero fans in all of us. This is what we came for.