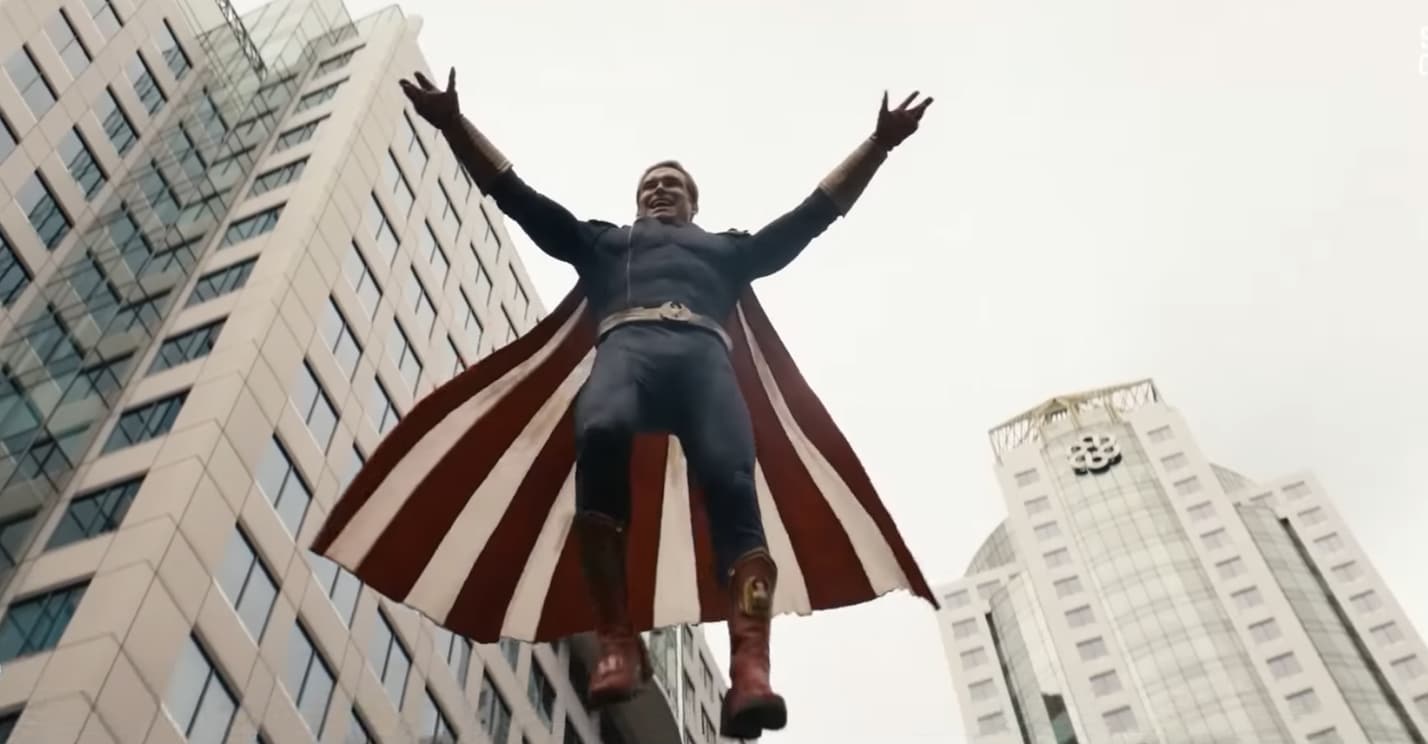 As I’ve discussed this season, few shows on television are as good as twisting the knife into their characters in horrible ways as The Boys. Some of this is done out of nihilistic glee, of course, but when the show’s made a number of attempts at arcs driven by emotion, it’s been a really mixed bag. Can someone like Butcher be a character audiences invest in – or is he just a live-action Peter Griffin with a wider, more graphic vocabulary? For two-plus seasons, The Boys has swung at a number of these stories, be it Starlight’s upbringing, A-Train’s addictions, or Hughie’s attempts at gaining control of his life – to wildly mixed results, which is no surprise considering how difficult it is to make a satire with characters worth caring about (or even just being interested in).

“Glorious Five Year Plan”, the first post-premiere weekend episode of The Boys‘ third season, is perhaps the best episode of the series to date in that regard, a fantastic hour that further centers itself on Homelander’s degrading mental state, a continuing crescendo of dramatic tension that’s already spilling out into the world in unexpected ways (in this hour, the outing of Stan Edgar from Vought through non-violent means). While Homelander remains a step ahead of everyone, the characters of The Boys are all looking at the things they love dearest – and finding themselves wanting, a complete 360 from where everybody was in their happy bubble just a few episodes ago.

Deconstructing the false sense of security around people like Mother’s Milk and Hughie is easy dramatic work – it’s how these stories have developed in season three that differ it from those before it. Most of the time, The Boys is happy to let its characters exist as set dressing for its ever-aggressive indulgences – but there’s a willingness to engage this season previous seasons have glossed over, and in “Glorious Five Year Plan”, it pays wonderful, horrific dividends for its thoroughly un-merry band of misfits.

Of course, the fate of Supersonic is anything but “wonderful” – but hey, The Boys is not a world for strong-jawed Chads who are just trying to do the right thing (RIP “License to Drive”). “Glorious Five Year Plan” is all about everyone drowning in Homelander’s gravity – and more importantly, what happens to desperate people and their loyalties when their backs are against the wall. From Butcher to Starlight, Homelander’s increasingly unhinged mental state is a spark for The Boys to build more dynamic, three dimensional stories around its central characters.

Perhaps the finest distillation in this idea comes from their voice – when Homelander speaks, the world trembles. When Kimiko ‘speaks’, Frenchie is the only person on the planet who understands her; though the metaphor for actualized power is simplistic, how season three’s drawn on that has made for an interesting undercurrent. Homelander is finally realizing there are really no limits to his powers, while Kimiko is running from a similar fact, to the point that if she survives the blast she takes from Soldier Boy at the end of the episode, she may be ecstatic to find out that her powers are gone (at least temporarily, because… well, you know compound V is everywhere at this point).

Regardless, The Boys is clearly laying the groundwork for these stories to collide later – which speaks to the thoughtful approach to this season’s plot construction, which is starting to feel much tighter and developed than in seasons past (even though it does feel like the federal superhero bureau stuff is falling quickly to the wayside). And it’s done so by watching each character as their support structures get yanked out from underneath them, as people start to show what they really do when their backs are up against the wall.

My favorite of these – excluding Gloria’s sudden turn on her own surrogate father, as she realizes how she’s also been a pawn in his power games – is actually between my two least favorite characters, A-Train and The Deep. Their rise and fall have often played in concert with each other, but it is a tension the show hadn’t engaged with, until The Deep steps in on A-Train’s feeble attempts to try and speak up for the racist violence Blue Hawk is enacting in New Jersey. After the Seven’s meeting, A-Train confronts The Deep, in a hilariously pathetic battle of wits between two equally spineless “heroes”, both threatening to rat the other out to Homelander, quickly devolving into gill punches and jokes about A-Train’s inability to speed run on Vought flooring.

Next to Soldier Boy’s The First Avenger-esque reveal and Starlight’s failed alliance, their brief spat might seem inconsequential; however, A-Train’s desperation proves to be the catalyst for the episode’s terrifying final twist, when Homelander brings Starlight to see the decimated remains of Supersonic’s body (poor guy was just trying to fit in!). When the name of the game is self preservation, everyone suffers; it’s why Mother’s Milk says he can’t bring the group back together in the wake of Butcher’s V-addled choices, which he’s now sucked Hughie into the world of (Hughie of course ends up naked using his temporary powers for the first time, a beautifully crafted bit that breaks up the darker implications of his actions a bit).

When people feel helpless, as Hughie did cowering in front of Homelander, they’re willing to consider desperate actions, ones that could alienate the very people they’re trying to protect: Butcher, in his abject nihilism, lives that philosophy to a T, treating Kimiko and Ryan as equal terrors he can mold to serve his selfish desires to kill all supes. When they’re Homelander, and fuming as Stan Edgar laughs in the face of his threats, it throws him into a rage that could potentially end civilization; The Boys is finally figuring out how to balance its wildly different tones as it is really starting to hone in on the thematic (and dramatic!) features that made it such a compelling watch in fits and starts during its first two seasons.

And it is just in time, as the show rounds the corner into the back half of its eight-episode third season; knowing most (if not all) of an episode will be dedicated to the Herogasm side story, this episode needed to set the course for the rest of the season quickly. Though it takes a little bit of narrative massaging to get there(A-Train really leaks that info to Homelander quickly, and to serve a purpose we can only speculate towards, which is a bit frustrating), “Glorious Five Year Plan” is an effective demarcation point for season three, fully separating itself from the artifice of their lives in the opening hour, and challenging its characters in more meaningful, emotional ways than in seasons prior. As one would expect, it makes for a more textured satire, and a more meaningfully delivered narrative; with those elements locked into place, my hopes are high for where the insane back half of this season will end up.

HBO’s The Baby has fun with a taboo subject