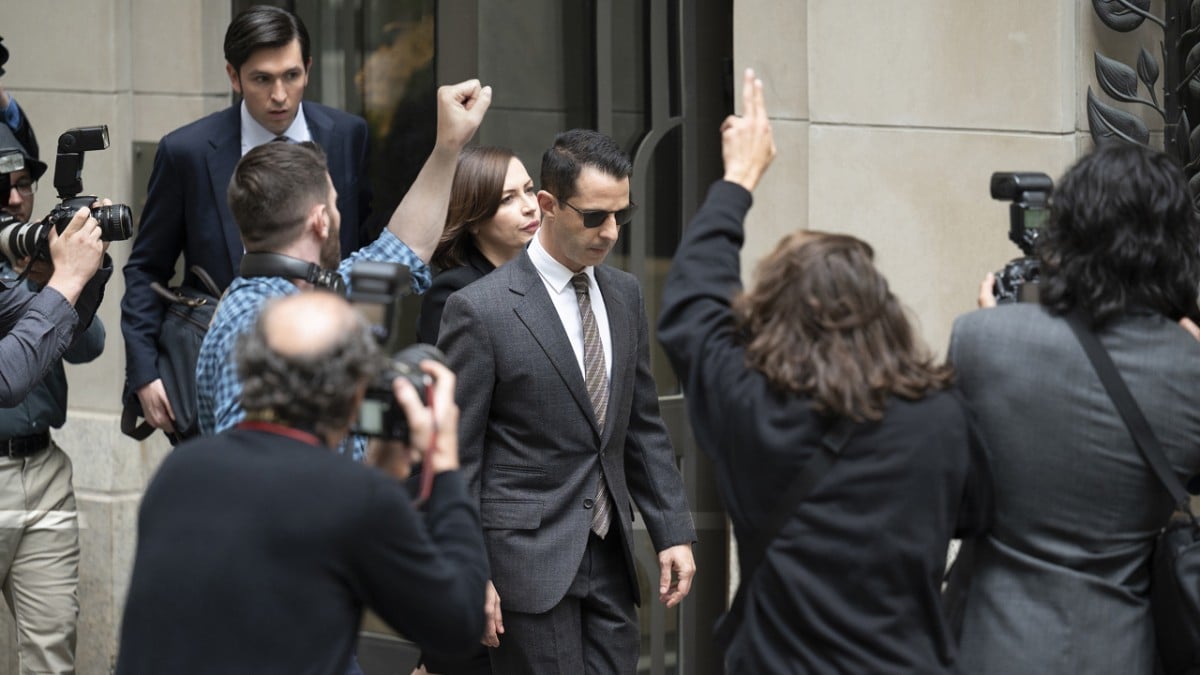 After a nearly two-year break, Succession returned Sunday night with its long-awaited third season premiere. The series re-enters our lives amid several key changes, way beyond the pandemic and those of a political nature.

There’s a likelihood that many people caught up on the first two seasons of Succession over the course of quarantine. Several cast members have been in movies in the last two years, from Jeremy Strong in Trial of the Chicago 7 to Sarah Snook in An American Pickle to Nicholas Braun in Zola. And of course, last time Succession aired, HBO Max didn’t yet exist.

When we list left the Roy family, that Murdoch-like clan that runs a right-wing global empire, son Kendall Roy (Jeremy Strong) had been set up as the fall guy by his father Logan (Brian Cox) for a series of major scandals with the company. Instead, he goes on television and declares his father “a malignant presence, a bully, and a liar.”

The new season kicks off moments after the last one ended. In the premiere, titled “Secession,” the two sides are both reacting to Kendall’s bomb.

Kendall spends much of the episode in an SUV, along with co-conspirator cousin Greg (Nicholas Braun), in a motormouthed phase that could alternately be described as “manic” or “coked out of his mind.” Frequently spouted tech-bro catchphrases and seeking to hire some “Bojack guys” to refresh his Twitter account, Kendall gives the distinct impression that he’s in no way whatsoever up for the fight ahead. And later in the episode, Kendall commandeers the home of his ex-wife in order to convene his team.

On the Logan side of the fight, we see Logan and his brain trust hopscotching among Balkan capitals. Logan has decided that while he will go full-throttle against his son, he needs to step away from the CEO chair. So we get the series’ entire premise in microcosm, as Roman (Kieran Culkin) and Shiv (Sarah Snook) blow their chances, and Gerri (J. Smith-Cameron) is named acting CEO.

The two sides are also seen fighting over the services of a hotshot lawyer (Sanaa Lathan) who ends up on team Kendall.

We also get a scene of Logan trying to garner influence from the president of the United States, including a call from Gerri to the White House. The idea is that the president isn’t Donald Trump or Joe Biden but rather a fictional president, almost certainly a Republican who would expect the support of Waystar Royko’s Fox News-like news operation.

Much remains to be revealed about the season. Who will win between Logan and Kendall? Will anyone from Logan’s side defect? What will happen with the attempted takeover of the company? Will Shiv and Tom remain married?

But we can say that the episode offers all of the things we like and expect from Succession: Delightful scheming, an incisive satire of the super-rich, carefully worded insults, and Brian Cox frequently blurting out “fuck off.”

– Filming had not yet begun when the pandemic shut down film production in the spring, so the show started filming last November.

– Since it’s presumably still 2019 in the Succession universe, there’s no reference to the coronavirus pandemic, and it wouldn’t appear that there’s going to be one, at least not for a while. Billions, that other premium cable show about rich and powerful assholes in New York, handled similar plot complications by leading up to the pandemic and placing a 14-month time jump in one episode.

– The sizzle reel after the episode shows that the likes of Adrien Brody and Alexander Skarsgård are among the season’s guest stars. Brody also gives his best movie performance in memory in Wes Anderson’s new The French Dispatch.

– That was Dasha Nekrasova, host of the controversial podcast Red Scare, as “Comfry,” the social media consultant brought in by Kendall.