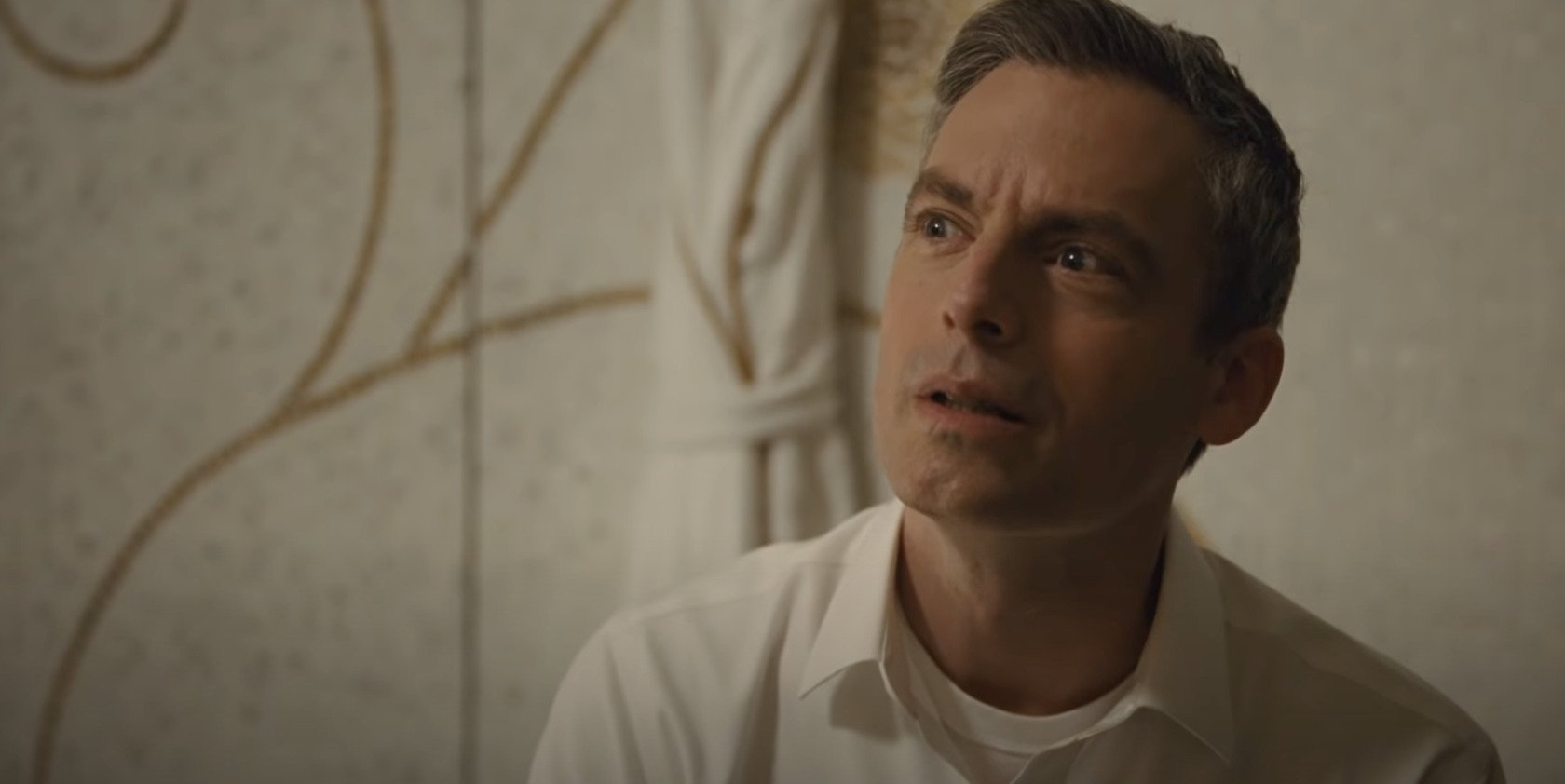 In its latest episode, “What it Takes,” Succession leans even further than ever before into the role Waystar and the Roy family play in conservative politics- placing them at a high-end conservative conference in which the Republican Party is choosing their next presidential standard-bearer.

The episode is pretty clearly named for the book of the same name, written by Richard Ben Cramer, that told the story of the 1988 presidential election and was published in 1992. It has the Roys in Virginia at the “Future Freedom Summit,” which is the sort of place where a group of wealthy conservative white men in suits has gathered, in an extremely fancy ballroom, and one of them is complaining that it’s the Democrats who control all the power and wealth.

With the current president, known as “The Raisin,” out of the way, three men are vying for the GOP presidential nod: Dave Boyer (Reed Birney), the current vice president; Senator Rick Salgado (Yul Vasquez), a Marco Rubio-like conservative who pines for the Reagan era, and Jeryd Mencken (Justin Kirk), a Trump-style populist, and the guy who jokes casually about gulags and work camps.

From this, the writers have a lot of fun with a lot of the current dynamics of the Republican Party. There are hints of a fascist tint, and since Greg says “some guy with an undercut just called me soy boy,” it’s implied that this is the type of conference with alt-right and/or Nazi elements present.

It’s easy to forget that in the Succession universe, there hasn’t been a president like Trump yet, so Shiv, amid family debates over who the Roys should back, plays the part Megyn Kelly did during the 2016 primaries, resisting the Trump-like candidate.  She calls Mencken an”integralist, nativist fuckhead,” and “outside the American political tradition”- indicating that Shiv’s liberal politics matter quite a bit to her future at Waystar. (Roman to Shiv: “As a libtard, how do you like spelunking in the elephant’s asshole?”)

Roman fights back, but later on, he indicates in a meeting with the candidate that “fascists are kind of cool, but not really.” However, Roman reaches the same conclusion the Murdochs ultimately did in 2016: “He’s box office… viewers will eat from his hand.”

Meanwhile, on the Kendall side of the show, his first meeting with the FBI doesn’t go so well, indicating once again that maybe Ken isn’t up to carrying out this coup. He fires his hyper-competent lawyer, and he’s soon trying to pull Tom to his side- the sort of thing that would likely cause Shiv to divorce him. But we once again see that he and Shiv aren’t such a good match since she bullies him the way her father bullies her.

As for Connor, he maintains his somewhat laughable presidential ambitions. Although since someone asks him how he and Willa met, wouldn’t the scrutiny of a campaign cause his girlfriend’s former profession to come to light?

Overall, the conservative conference features a level of corruption even beyond what likely goes on in real life, such as one of the candidates promising Shiv a direct quid pro quo in which he puts her dad in prison and she gets to be CEO.

– “The Fuck Fuck donkey gang” is what Logan calls the Democrats. Though ironically, Rupert Murdoch was reported to not be nearly as reflexively anti-Barack Obama as most of his on-air hosts were.

– We wondered last week where we currently stood in the calendar. It turns out “The Raisin” decided to bow out of re-election in the summer, meaning after all the primaries, and that the GOP nominee will be chosen at the Republican Convention.

– At the end, as the Roys are being pictured with Mencken, they’re congratulating him. But why? Waystar didn’t formally endorse him, and the implication from the episode is that their decision to back him is more of a behind-the-scenes editorial decision. After all, Fox News never officially endorsed Donald Trump- they just started having him on all the time.