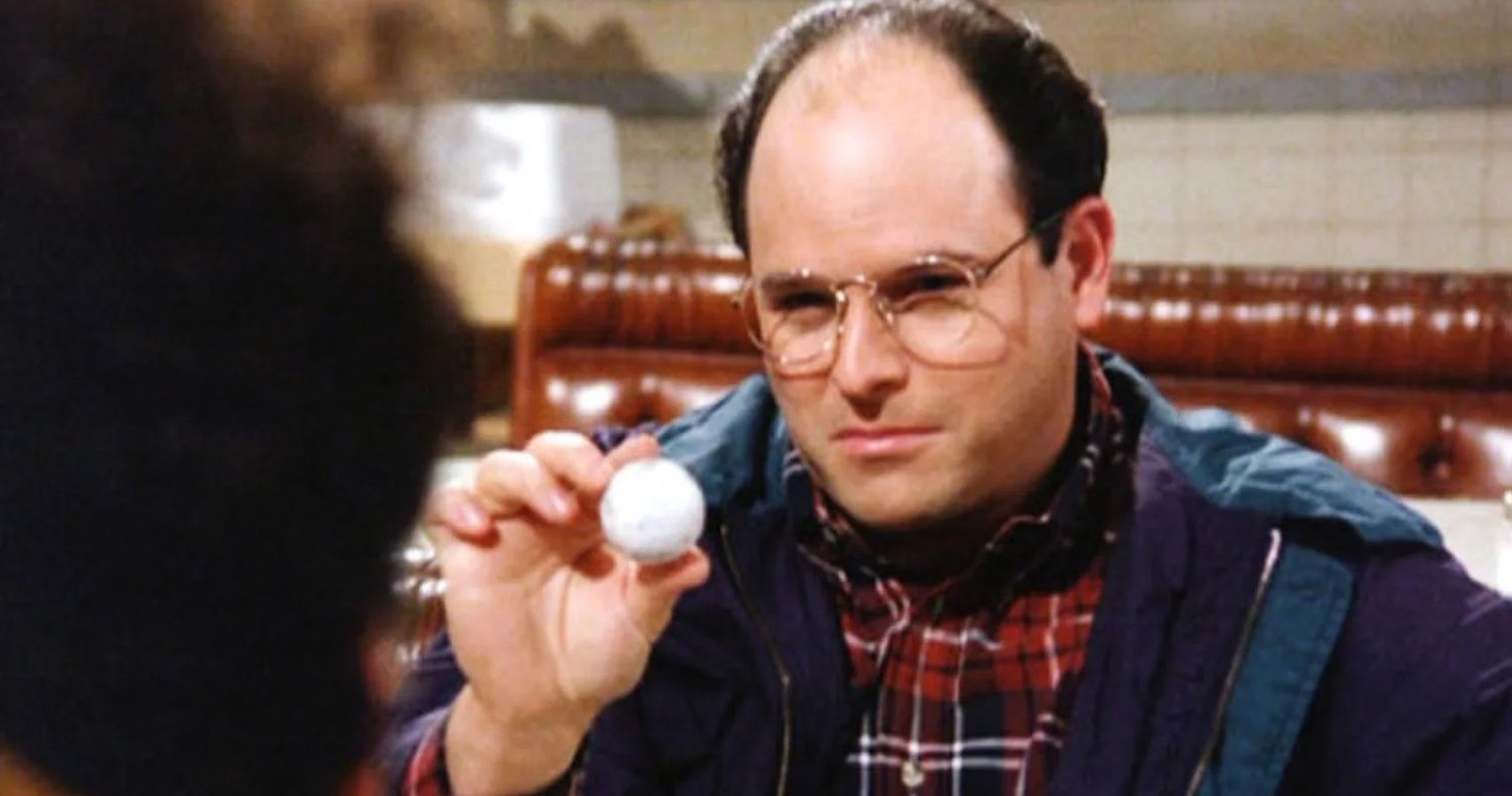 “The sea was angry that day, my friends.”

Seinfeld, over the course of its nine seasons and 180 episodes, had some great moments. Some were jokes, some were exchanges, some were Kramer physical bits.  But Seinfeld‘s greatest moment of all was the monologue delivered by George (Jason Alexander) in “The Marine Biologist,” the 14th episode of season 5, which aired February 10, 1994.

The monologue is funny on its own. It contains some delightful turns of phrase (“Like an old man trying to send back soup in a deli,” and also “easy big fella.”)  But what’s so great about it is the punchline, which ties together the episode’s plots in a brilliant, Seinfeldian way.

The setup, if you’re not familiar: George is dating a woman who, because of a lie by Jerry, believes that George is a marine biologist. Bluffing his way through the relationship because he’d rather not admit that he’s unemployed, he’s walking on the beach one day when a beached whale washes up, and someone asks “Is anyone here a marine biologist”?

Also, in the same episode, Kramer was seen hitting golf balls into the ocean.

That kicks off the monologue, leading to George stating that he “reached in- and I pulled out the obstruction”: Kramer’s golf ball.

Of course, in true George Costanza fashion, a rare moment of triumph is soon undercut, when the “It Girl” who he’s been dating finally catching on that he’s not really a marine biologist: “She told me to go to hell and I took the bus home.”

The episode was directed by Tom Cherones, one of Seinfeld‘s signature directors, and written by Ron Hauge & Charlie Rubin. However, according to Jennifer Keishin Armstrong’s book-length history of the series, Seinfeldia, the monologue itself was added at the last minute by Jerry Seinfeld and Larry David. Jerry Seinfeld himself has described this as his favorite moment of the entire series.

As for the whale itself, Seinfeld lore has also stated that the producers of the series asked the makers of Free Willy to use the animatronic whale from the movie, but the producers had refused, misunderstanding that Seinfeld wanted to use the actual whale. They ended up going with a CGI whale, although it’s not visible in the shot that ended up in the finished episode.

Also in the finished episode is the voice of Larry David; that’s him saying “is anyone here a marine biologist,” in that long pre-Curb Your Enthusiasm time when the general public didn’t recognize David’s voice.

The episode’s legend, meanwhile, has grown with time; I couldn’t help but reference it recently when I saw a certain story on the news.

IS ANYONE HERE A MARINE BIOLOGIST? https://t.co/EXAj1Saw3s

That monologue represents a perfect culmination of everything that makes Seinfeld great: The timing, the perfectly constructed episodes, the talent of the actors, and punchlines and payoffs popping up at the absolute perfect time. It might be the first thing I watch when Seinfeld hits Netflix on October 1.

What If…? Episode 8 Opens a New Age With Marvel’s Penultimate Chapter