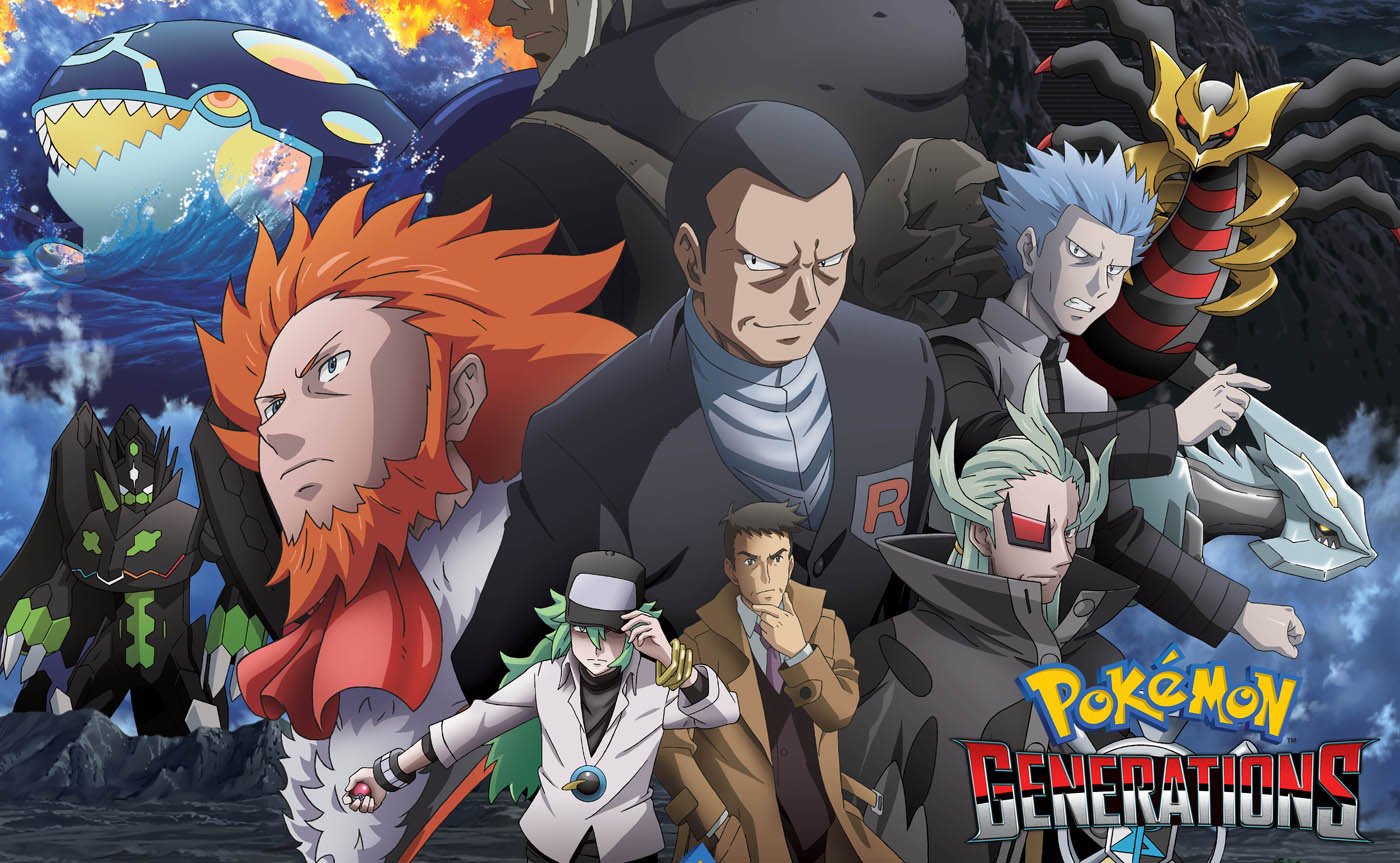 There’s always a hidden journey that goes unnoticed in every story. The odyssey of the few takes a greater focus over the sojourn of the many. Their stay is temporary, but their story is nonetheless compelling. Pokemon Generations tells the tale of the reticent romantics who found their paths leading in separate directions to our hero Red. Much Like Pokemon Origins told the story of Red, Pokemon Generations odes the legend of those who stood in the shadows.

The nostalgic nuisance that is Giovanni, and his sycophantic syndicates, take centre stage in many of the short episodes. What becomes apparent behind the silhouette of Red, is a web of unfortunate events that were only touched upon in the games briefly. The unforgotten mysteries of two decades ago have been resurfaced with much more depth than before. Much unknown until Generation Three, Looker has been investigating Giovanni all this time; a surprising quirk that helps to link all the regions together. Their brief moments are met with brief episodes. Short bursts of enthusiasm, but wild dreams met with everlasting tenacity. If memories were short animations, then both Pokemon Origins and Pokemon Generations have become the memory of a nineties kid. Deep within the limbic system lies Red, and he’s catching that level three Pidgey not far from Pallet Town. Our journey had just begun, and so had Red’s. The parallels in two universes had never been so similar.

And that’s where the true beauty of Pokemon Generations lies. It’s realising where we were through the stories of others. It’s a chaos that’s enriched by unknown anticipation (never knowing how many episodes you’ll be shown every week). There’s nothing more satisfying than seeing the laconic figure of Red approaching the throne of Blue’s recent victory. The conclusion isn’t shown, but we already know how it ends. We were already there. It’s déjà-vu. The animation itself is much like the main series of anime, stunning when it matters. Pokemon has really made strides in its animation style in recent years, becoming a much more credible anime. Long gone are the dark days of the Best Wishes series, and it all started with Pokemon Origins. The first episode of Pokemon Generations, The Adventure, is a beautiful representation of what animation should be. The nostalgic game footage, merging into a journey through the six generations with an adorable Pikachu, submerging our childhood dreams into the warm aura of hope.

The journey seems to be concluding in Johto, and will likely be heading towards Hoenn. Not quite the same nostalgic value for a nineties kid, but no doubt will comprise of the same high standard of animation. Where someone’s nostalgia ends, another begins. No matter how old you are, at some point in this mini series there will be a flashback to your childhood. Rumour has it there will be eighteen episodes of Pokemon Generations, so three for each region leading up to Pokemon Sun and Moon seems a logical pattern.

Pokemon Sun and Moon is only weeks away, and the demo is released on the 18th of October. Pokemon Generations has led a nice path towards our new journey into Alola, and hopefully, it’ll start new adventures for new trainers too. We were all once a beginner, and choosing our first starter Pokemon was difficult. Pokemon Generations has cast our minds back to that special moment, and in November new trainers will face that tough decision. The countdown to Pokemon Sun and Moon starts now.

Lost his ticket on the 'Number 9' Luxury Express Train to the Ninth Underworld. Has been left to write articles and reviews about games to write off his debt until the 'powers that be' feel it is sufficiently paid.