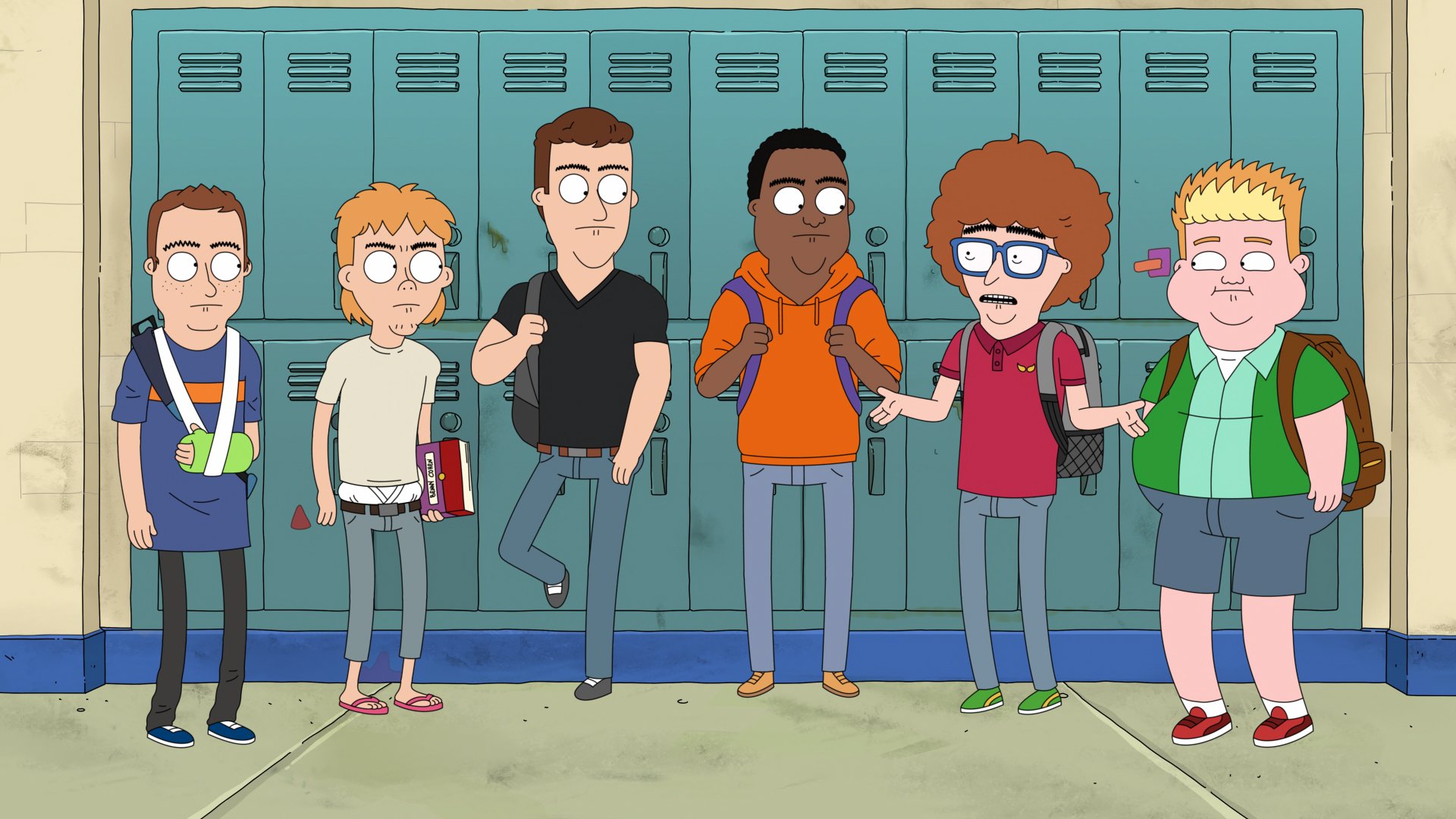 Hoops is one of the worst shows Netflix has ever produced. The show, which debuted Friday, is an animated sitcom, starring Jake Johnson as a foul-mouthed, ill-tempered basketball coach, leading a high school team in Kentucky.

Hoops’ animation look isn’t so much in the style of Netflix’s best-animated shows, like Bojack Horseman, but owes more to the animated work of Seth MacFarlane, while Danny McBride and Jody Hill’s HBO shows, like Eastbound and Down and Vice Principals, are also a clear inspiration.

The problem is, Hoops is worse than all of those shows. It’s unfunny, deeply mean-spirited, and uncommonly raunchy without backing it up with any particular wit. The writing is so bad, in fact, that Hoops feels like it was written by a group of 12-year-old boys who just learned for the first time about swear words and dirty jokes but don’t quite understand what any of those words mean.

Hoops is one of the worst shows Netflix has ever produced.

The show is like a less funny, animated version of Eastbound and Down. Eastbound and Down was a great show because it was about a past-his-peak alpha male with delusions of grandeur, brought low by a return to his hometown, and having to work as a gym teacher. But Eastbound, and the other, subsequent shows from the same team, sported witty writing and found an expert way to mine comedy about impotent male rage.

Hoops has none of that. It just throws a bunch of raunch at the screen to see what sticks. Johnson’s coach Ben Hopkins is never compelling, and just comes across as a miserable asshole, full of resentment at his father, his ex-wife, and everyone else he blames for his life not having turned out better. There’s humor to be mined from a lot of things this show goes near, especially the rage often seen from adults who are adjacent to youth sports, but Hoops isn’t smart enough to do anything smart with that.

As for the kids on the team, they possess about one character trait apiece. One is Jewish, one is gay, one is a redneck, one is fat, and one constantly mentions his absentee father.  The show doesn’t have much of anything to say about basketball, masculinity, Kentucky, or any of its other ostensible subjects.

There are some talented people involved with Hoops. Jack Johnson is a fantastic performer, and the voice cast includes Rob Riggle, Natasha Leggero, Ron Funches, and Cleo King. Phil Lord and Christopher Miller are credited as executive producers

The creators and Johnson have said in interviews that everyone besides Netflix passed on Hoops, which was originally conceived as a live-action show. I’m thinking those other networks and streaming services had the right idea.

Ranking Every Episode of The Legend of Korra Season Two