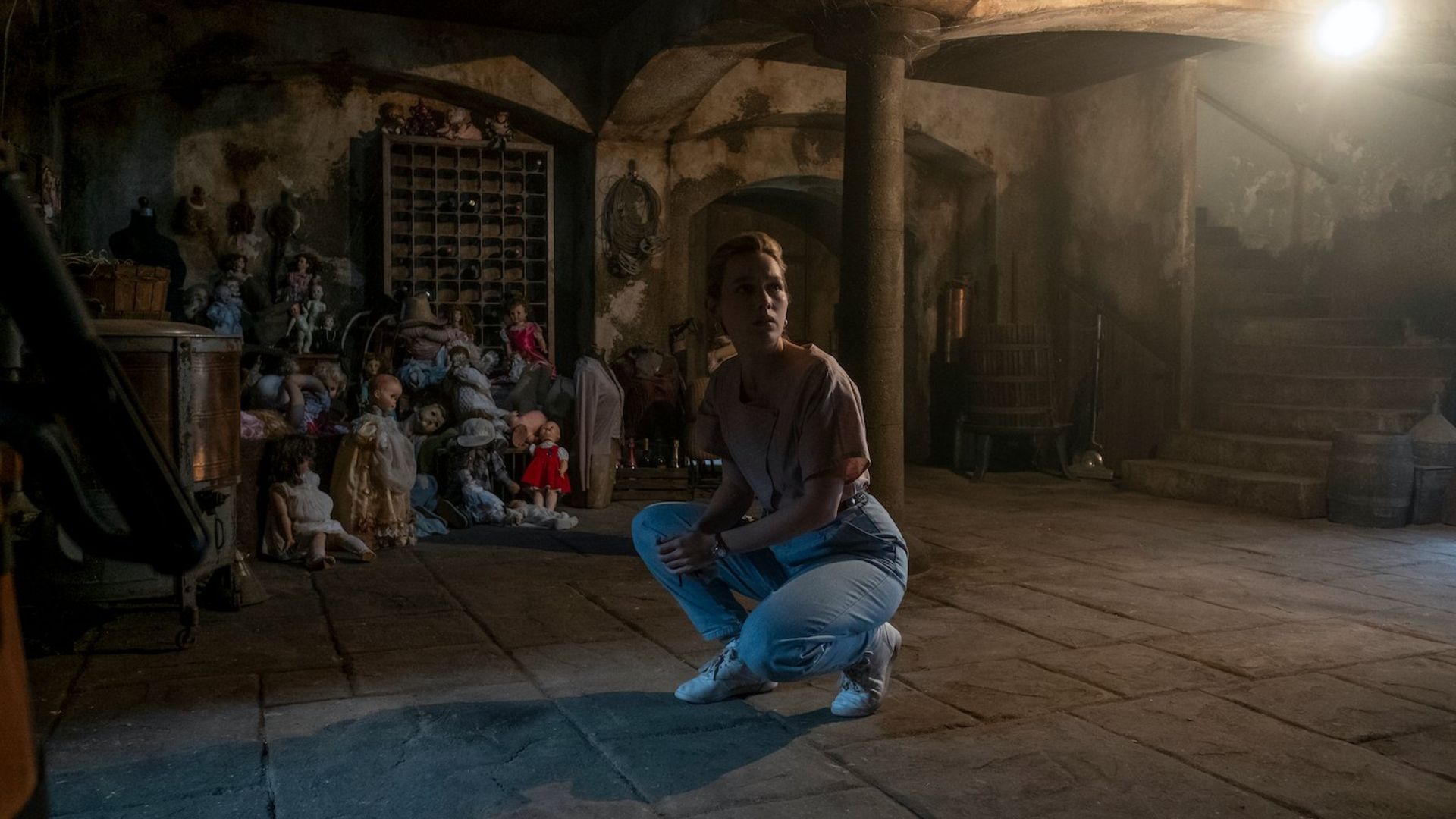 The Haunting Of Bly Manor Review

If you’re looking for something great to watch this October, but aren’t in the mood for anything campy or gory, you should check out The Haunting of Bly Manor, coming to Netflix on October 9th. This show is a love letter to gothic horror and has everything you would expect of the genre: the paranormal, an extravagant estate, opulence, a great family turning to ruin, a troubled protagonist, and a mystery in need of solving. Based on Henry James’ novella The Turn of the Screw, and considered the followup series to The Haunting of Hill House, Mike Flanagan’s newest show is a horror delight that’s close enough to the source material to be familiar, but fresh enough to stay exciting. (This is a spoiler-free review, so it’s safe to keep reading!)

Set in the ’80s, the show follows the journey of au pair Dani Clayton (Victoria Pedretti) who’s accepted a job caring for the niece and nephew of Henry Wingrave (Henry Thomas). Located in the English countryside, Bly Manor is frequented by housekeeper Hannah Grose (T’Nia Miller), chef Owen (Rahul Kohli), and groundskeeper Jamie (Amelia Eve). It’s also home to a slew of ghosts that threaten the lives of all those who set foot on Bly’s grounds. Throughout the series, we learn more about the specters who haunt the property, the questionable pasts of our characters, and the history of the manor itself.

Unlike The Haunting of Hill House, where danger and terror were lurking behind every corner, The Haunting of Bly Manor is lighter on the scares but heavier on the heart. Although there are a few scenes that are guaranteed to scare audiences, the real focus of this series is character building. By the end of the first episode, audiences will already find themselves invested in the lives of these fictional individuals, and this emotional connection is guaranteed to cut audiences deep as they experience the trials and traumas of these beloved characters.

The show also takes an interesting approach to exploring the themes of madness, love, regret, and memory. While we won’t go into details about how The Haunting of Bly Manor explores these concepts, we will say that they approach them in a visually striking way that will stick with viewers long after the show is done. They’re also not afraid to ask hard questions or explore big ideas, like what it means to love someone if we can ever really let go of trauma, and what it means to lose someone we love.

While the performances in The Haunting of Hill House were good, the ones in The Haunting of Bly Manor are even better. Pedretti does a great job as Dani, the cheerful, American au pair at Bly. Although child actors can be very hit or miss, the performances of Flora (Amelie Bea Smith) and Miles (Benjamin Evan Ainsworth) are emotionally charged, deeply unsettling, and some of the best in the show. Kohli’s performance hits especially hard, with an honest and unflinching look at what it’s like to watch someone you love with dementia slip further away each day. However, we’re betting that Miller’s performance as Mrs. Grose will be an audience favourite. The way she balances her character’s strength and fragility is masterful, and she steals every scene she’s in.

The recycling of the cast, as well as the introduction of new performers, is a fun touch too. A similar technique used in Ryan Murphy’s American Horror Show, Flanagan’s choice to keep some of the original cast keeps the show feeling like it’s rooted in the first season, without having to maintain any narrative throughline. The same can be said for reusing the interior of Hill House, along with the score that was developed for the first season. The familiarity of everything helps draw you in, while at the same time making you feel uncomfortable.

If you’re a fan of The Haunting of Hill House, gothic horror, or love good television, then you need to watch The Haunting of Bly Manor, available to stream on Netflix starting October 9th. It’s heartbreaking, terrifying, and—much like the ghosts of Bly—will absolutely haunt you.

Gangs of London is a Violent, Ambitious Crime Epic