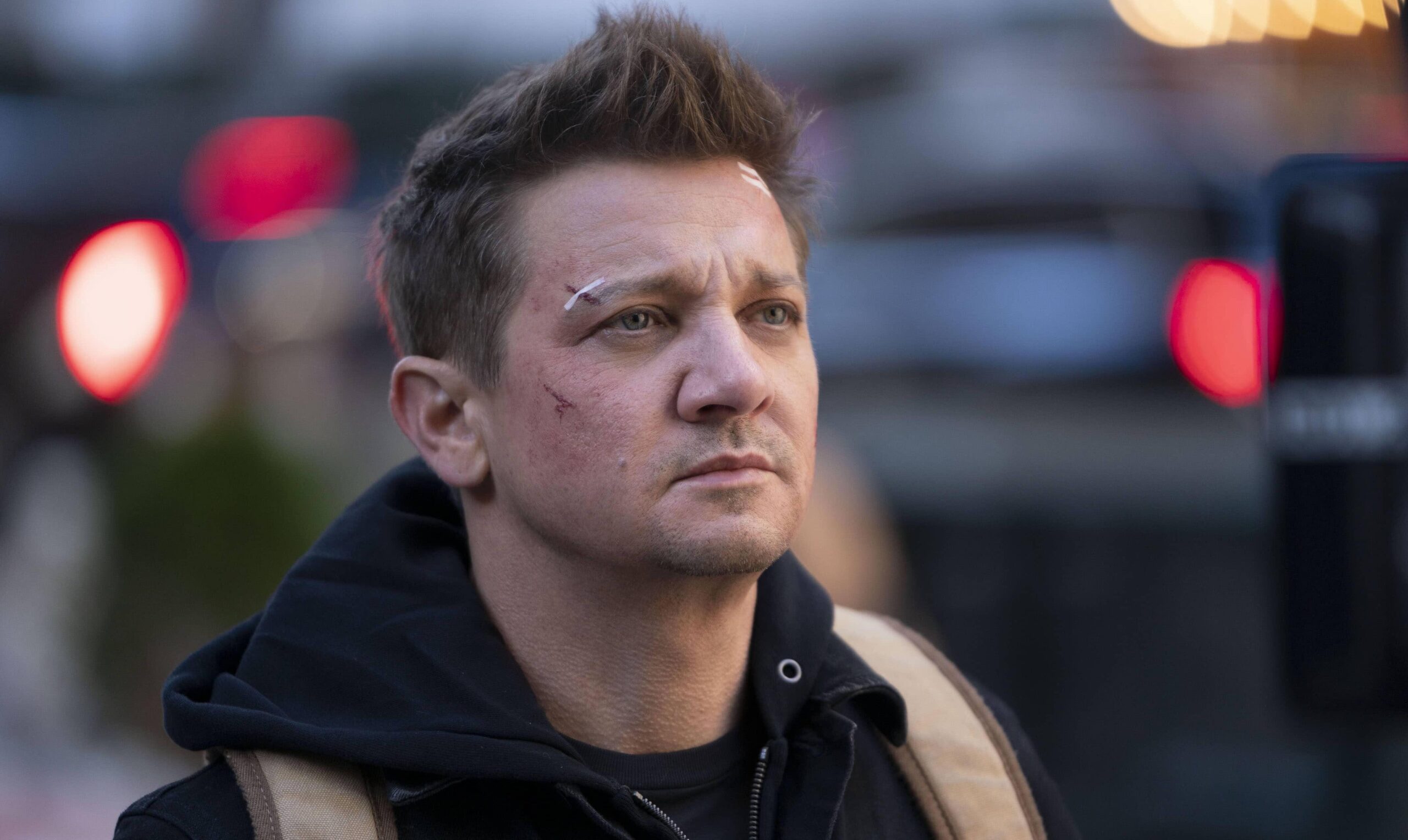 Last week, Hawkeye had its partners aiming higher as the leading archer duo got caught up in plenty of action and drama when Natasha Romanoff’s younger sister dropped in to create another widow. This time though with “Ronin”, Hawkeye’s fifth episode makes moves forward but does so with a rather awkward execution. Like some of Marvel’s other grounded projects in their cinematic universe, there are some incredible ideas at play throughout Barton and Bishop’s latest entry that could have received better payoffs. Nonetheless, “Ronin” may slip during its opening and closing moments yet it continues to send Hawkeye on a straight course to greatness.

Editor’s Note: Spoilers ahead for this week’s review! If you know why, you know!

Just days away from Christmas, Clint Barton and Kate Bishop aim to wrap up all loose ends on their current Ronin fiasco as more enemies of the vigilante continue to show themselves. After meeting a black widow spy during their previous rooftop battle, Kate finally receives a proper confrontation with Yelena Belova when the two have a private girl talk at her incinerated apartment. With Clint seeking to clear his name, Kate looking to become a hero, and Maya out for blood, Hawkeye’s climax slows down for a sincere episode that aims to settle a score. For the majority of its runtime, “Ronin” is a thrill ride backed by exciting reveals that can fall short of expectations.

Episode five’s largest issues lie in its bookends. As Hawkeye approaches its end, the series upsettingly falls victim to a prominent problem that many of Marvel’s live-action shows have fallen to. The first half of “Ronin” is littered with important conversations, yet many of them outstay their welcome. Some conversations that should increase the story’s stakes struggle to just get to the point as they attempt to cram in short recaps, obvious hints at some upcoming reveals, or jokes that are just flat out not that humorous (are we really going to use macaroni as a recurring joke?). Almost all of these conversations are insightful — especially the long back and forth between Yelena and Kate, but they can feel so drawn out to the point where viewers will be shouting at the screen for a quick cut to happen.

Where “Ronin” absolutely knocks it out of the park though is with its titular character. Clint’s five-year snap world ego has been Hawkeye’s structural centerpiece, and episode five allows the Avenger to finally succumb to reality. After neglecting his Ronin existence for so long, Clint gives in to the fact that he will eventually have to confront many of the enemies he made on his killing spree. Every scene featuring Clint holds weight as his acceptance of the Ronin’s history continues to shed through his emotional predicaments. While episode five may not be hammering down on his trauma like its predecessors, it does tackle several questions the audience had about how Clint would deal with his troubled circumstance.

With the Ronin reveals, Hawkeye also manages to double down again on Echo’s story as viewers discover that Maya’s uncle is behind her father’s death. Initially, Hawkeye was leading viewers to believe that despite his humanization Maya’s father may have been involved in the crime syndicate’s ring of terror. The targets Clint previously hunted down may not have been completely chosen by himself after all as the episode implies that Kingpin gave Ronin false information so he would execute mob bosses and leaders.

Everything though has been building towards the moment where Hawkeye’s true villain would be revealed — and the result was sadly laughable, to say the least. The introduction of Wilson “Kingpin” Fisk was desired by viewers ever since rumors made the rounds of Vincent D’Onofrio’s return to his Marvel character. Disappointingly, the execution of his comeback fails for a multitude of reasons. There were plenty of signs pointing to the return of Netflix’s Daredevil villain, yet his introduction should have been far grander. Similar to The Falcon and the Winter Soldier’s villains, the introduction of Kingpin comes off as late and muddled. The character quite literally just happens to appear in a text message photo — it’s absurd.

Additionally, it should also be mentioned that Eleanor’s potential reveal as the antagonist instead of Jack is completely overshadowed by Kingpin. For such a beloved character to return after being thrown into cancellation limbo for three years, it was baffling to see how Marvel so casually reintroduced such a fan favorite. Even the credits do a better job of enforcing Kingpin with its segment — if viewers stick around for the closing graphic there is a clever easter egg where the final title screen is Kingpin’s silhouette above New York and Clint Barton. It’s an extremely subtle and unnecessary transformation, but again, something that shows a lot of love and care as the boss towers over his home turf.

If there is one thing about “Ronin” that does deserve a quick spotlight, the holiday soundtrack utilized throughout the episode is notably well implemented into the narrative. Whereas prior episodes had Christmas songs to intensify emotional character moments, there are quite a few instances where the music can help contextualize scenes. Even if it may be corny and ridiculous, ending off on the Grinch’s theme will only put a smile on the viewer’s face, and it’s hard not to feel satisfied knowing that the “Christmas Time is Here” track from A Charlie Brown Christmas made it in to coincide with Barton’s sadness. The somber and mysterious winter songs were on full display as Ronin truly returned for some holiday doom.

Despite messing up the main villain’s introduction during its closing moment, episode five is another heart-wrenching addition to Hawkeye’s impressive run. Marvel’s newest Disney+ series is the gift that shockingly keeps on giving before its final bells will ring. From the emotional trauma to the chemistry between the main characters, Hawkeye will hopefully launch itself one last time upwards with an explosive tip when next week’s finale rolls around. While Kingpin’s transition into the Marvel Cinematic Universe did feel quite clumsy, there is no doubt that Vincent D’Onofrio’s villain will also make a shining first performance when he gets his first opportunity to battle the veteran Avenger and his female predecessor.