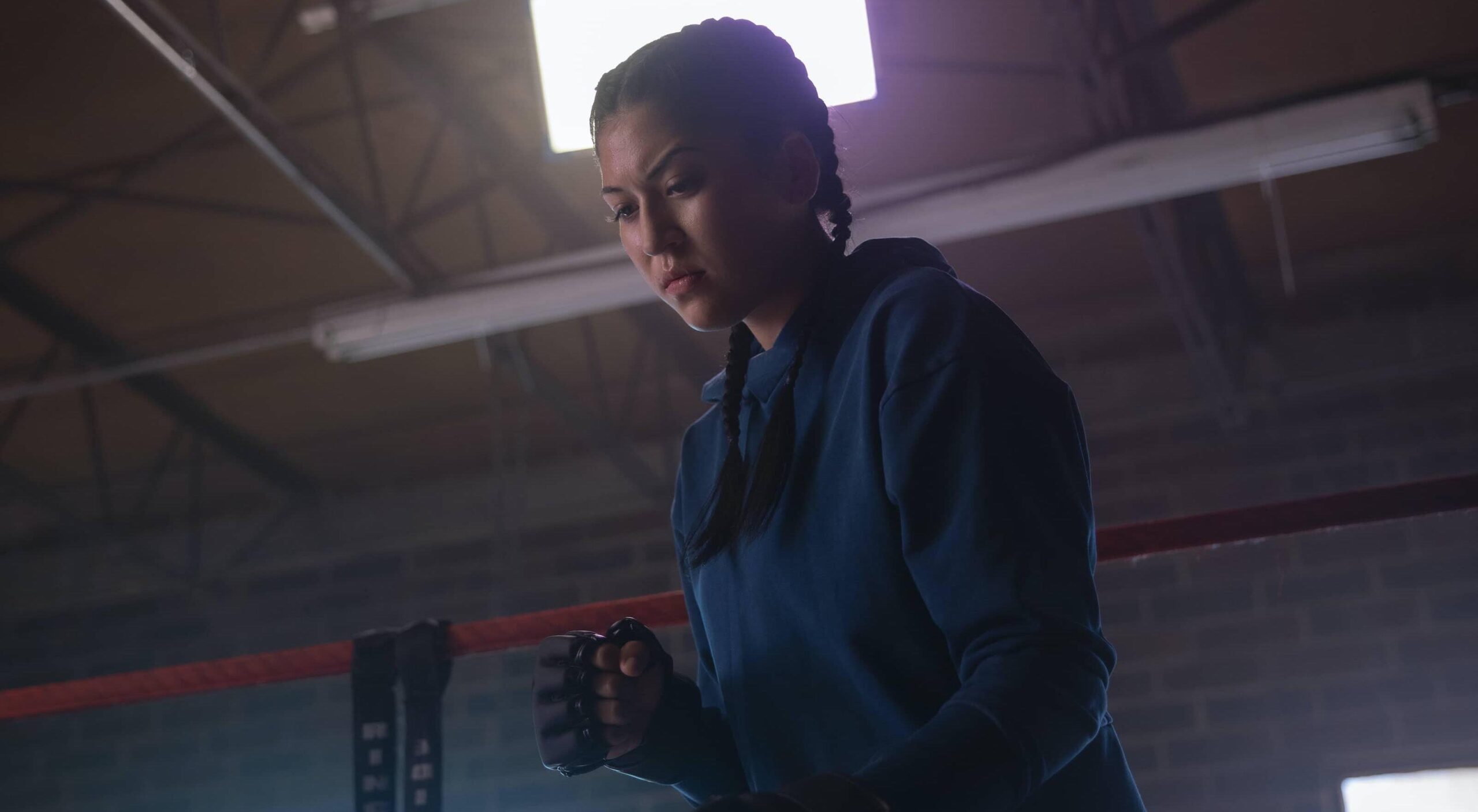 Last week, Hawkeye’s premiere started on a sharp and steady note as Jeremy Renner’s Avenger stepped into a half-shared spotlight with his new protege. While the opening two episodes made for a highly entertaining Thanksgiving weekend watch, there was no denying that Marvel Studios’ latest Disney+ series had plenty of room for improvement. Breathing out the comic book tropes and in with new style, this week’s episode “Echoes” is surprisingly a massive step up all around for Hawkeye. On top of stylish action and better visual effects, Hawkeye’s third episode improves on developing individual characters and their dynamics. It is exactly what the series needed–and audiences will be glad it arrived this soon.

After letting the Tracksuit Mafia kidnap him with no problem, Clint Barton and Kate Bishop are accidentally reunited too soon when the veteran archer attempts to clear his new ally’s name from any Ronin connection. Hot off the heels of a failed negotiation and looking to solve the same mystery at hand, the archers lead an action-packed escape attempt while embracing their own conflicts. Hawkeye’s third entry may not be skyrocketing the story forwards by any means, but it does excellently take its time to flaunt some flashy action, several emotional character beats, and one curious introduction. Overall, “Echoes” is an episode that improves upon where its predecessors deeply needed polishing and depth.

Hawkeye‘s back-to-back premiere laid some serious groundwork for the show to utilize, and “Echoes” makes sure that world is not being wasted. None of the previous screentime is thrown out the door in favor of targeting a variety of new objectives. Episode three is razor tight on getting to the point and launching itself directly at building off where the cast was last left. It may not be throwing ample breadcrumbs at the show’s overarching enigmas just yet, but “Echoes” is ensuring that Hawkeye will have enough support to make that future payoff satisfying. Its focus on character and relationship building will no doubt do the series numbers by the time the climax pulls in next week.

“Echoes” carefully manages to bring Clint and Kate’s dynamic out through specific sequences and characterized issues. It elegantly uses its characters’ situations to construct and destruct their problems by multitasking two of the show’s needs. While Clint deals with his hearing issues, internal Ronin crisis, and family expectations, Kate dives into her own overconfidence and superhero complex. The focus on these specific conflicts ultimately allows the show to explore both the archer leads as individuals while expanding upon their overall relationship. Kate Bishop is easily transformed into a generic archetype of a protege to a legitimate hero picking up the ropes of her newfound profession.

Meanwhile, for an Avenger that has had such far and few distressing moments throughout his time on the big screen, Renner’s character is allowed to viciously strike some heartstrings through a relatable issue. Audiences have always cared for the Barton family, but now they are really given a chance to feel for Clint’s struggle that has constantly pushed him to retire from hero work. Clint’s mission to make it home by Christmas is such a simple driving force for a character, yet so efficient in terms of telling his story thanks to how his desires are portrayed. Whenever the Barton family is involved with Clint’s current circumstances, the character is able to show some emotions and connect with viewers.

The strength and heart of “Echoes” are seen through how the episode bridges together its cast. Hawkeye’s multi-layered struggle stands as a great point of connection to his latest foe: the leader of the Tracksuit Mafia and future superhero Echo, Maya Lopez. Being Marvel’s second character this year to represent people that are deaf, Alaqua Cox’s interpretation of the comic book character is off to a stellar start. A quick recap of her origin story does take up a hefty chunk of the episode’s opening, but the short journey of her life does a great job in showing snippets of how she came to be. Her need to find Ronin will evidently unravel into something larger as the show leans in on tackling identity. With the character already set to have her own Disney+ series, there is clearly more than meets the eye to Maya’s short backstory.

Speaking of, one thing to also appreciate about “Echoes” and Hawkeye, in general, is that the series is subtly tying itself into Marvel’s larger universe without making that objective seem urgent. Assuming the show will be aligning with its comic book counterpart, the boss of the gang after Ronin and uncle of Maya is without question Daredevil’s Wilson Fisk (played by Vincent D’Onofrio), or better known to audiences as Kingpin. While this is a major deal to Marvel fans, Hawkeye is so far smartly playing it off as an important plot point rather than pure fan service. In terms of building a universe, Kingpin’s introduction through Hawkeye could end up being an effective way to also introduce day-time lawyer and midnight superhero Matt Murdock before his rumored appearance in Spider-Man: No Way Home.

On a side note, the direction and effects for this week’s episode are miles ahead of where the premiere stood. Rhys Thomas did a great job directing the last two episodes, but Bert and Bertie really are able to give Hawkeye its own unique feeling that is incomparable to the other Marvel shows. Between their one-shot action sequences and cinematic direction that accommodates for characterization, there is so much to appreciate visually outside of just better computer-generated effects during the runtime of “Echoes”. Seriously, how could you not love the long take that happens as Clint and Kate are in their getaway car chase? The action all throughout episode three feels tense and tight–again, as it should considering the series is attempting to be far more realistic compared to Marvel’s other streamable offerings.

Hawkeye’s third episode is yet another triumph for Marvel Studios’ streaming lineup of shows on Disney+. More impressively though, it is an irregular jump in overall quality that its fellow superhero productions have not seen. While the series may only be at the halfway point this week, there is no doubt that “Echoes” will go down as one of Marvel Studios’ best episodes from a series yet. Between its incredible direction that packs thrills and several emotional scenes that further develop its leads, Hawkeye just hit a notable bullseye. Hopefully, the show will continue to aim down this sight next week as it rapidly approaches its final moments.

And Just Like That… Sex And The City Main Characters, Ranked By Likability