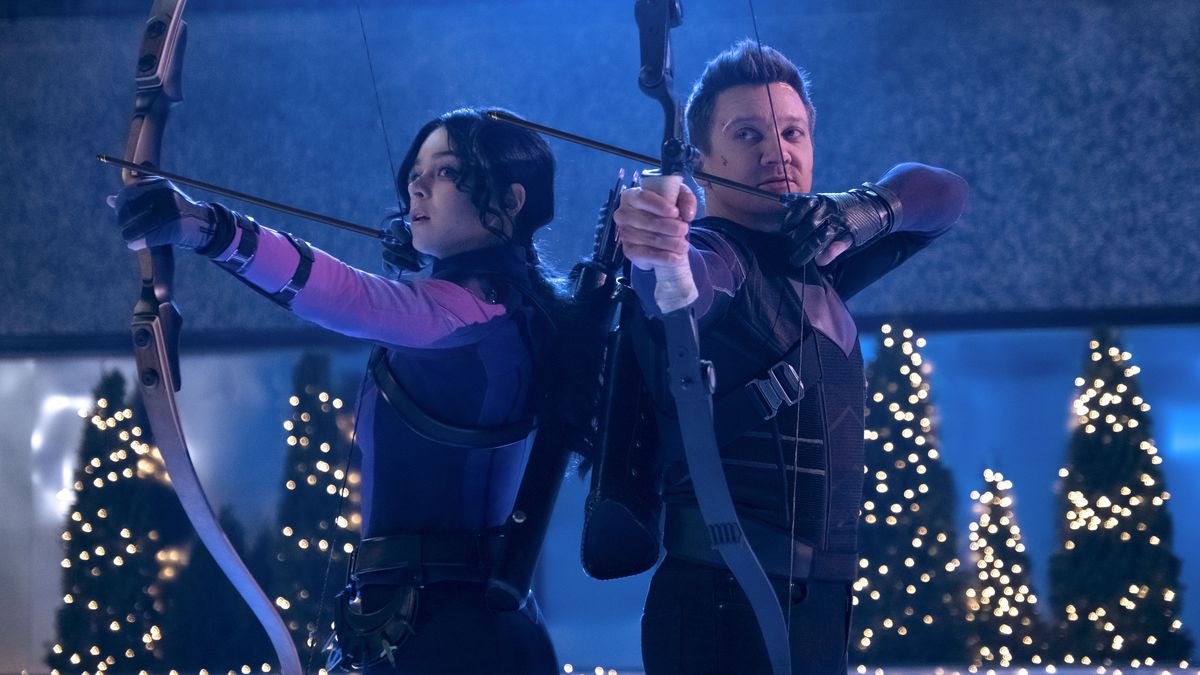 Who is Clint Barton?

Clint Barton, Hawkeye, was first introduced in the Marvel Cinematic Universe in Kenneth Branagh’s Thor. He had a minor role as an elite agent of S.H.I.E.L.D. While Thor was trying to retrieve his personal weapon, Mjolnir, from the government organization’s clutches, Clint Barton was keeping watch, readying his bow. Instead of taking the shot, Agent Coulson tells him to wait, while everyone in the audience watches Thor fail to be worthy. He was a simple Easter egg, teasing what eventually could be. Little did we know, he was a family man.

From there, Hawkeye didn’t appear again until The Avengers. He had a much larger role, but Loki immediately turned him into a puppet. He only got back on track from a swift bonk to the head by his partner in crime Black Widow. Finally, in his right mind, he proved his value amongst super-powered heroes by pulling off impossible shots using custom arrows. Though he is a master artist and fighter, his trick shots did not properly show his purpose. That came later in Avengers: Age of Ultron. Partway through the movie, the audience finds out that he is a normal family man. He’s the one to keep everyone grounded. Not only did we see he had a simple family on a farm, but he gave a speech that could only be bested by Captain America.

“Okay, look, the city is flying, we’re fighting an army of robots… and I have a bow and arrow. None of this makes sense. But I’m going back out there because it’s my job.”— Hawkeye (Avengers: Age of Ultron)

Hawkeye is essentially team dad and puts his family first. He proves to all the science and fantasy-based powered heroes that he has the most to lose because he is the most human. We see his skills in action when fights off normal humans and thugs. Hawkeye is often hurt, captured, caught flat-footed. He often wins by knowing his limitations and reminding people that he doesn’t own a super suit or has the ability to warp reality. Hawkeye continues this trend with kind words and reminders that his family comes first. It’s own when a problem of his making comes back to haunt him does he need to switch from dad mode to superhero.

X-Mas Marks the Spot in Hawkeye

Out of the main Avengers, Clint Barton is the only one that starts with an established and stable family life. It’s refreshing to give a one-note character some more depth. Losing his family in Avengers: Infinity War drove him to a roaring rampage of revenge, and ultimately a death seeker. Clint continues to do what good dads do after his world is repaired: spend time with his kids. The first two episodes of the Disney+ series make it about family. His family is not the “family” that is now mocked in Fast and Furious franchise. In Hawkeye, Clint Barton is thrown into a series of unfortunate events preventing him from spending Christmas with his family. Christmas is the perfect setting because it is the holiday where the family gets together with little intention to tear one’s head off.

The promos for Hawkeye don’t shy away from the Christmas theme, throwing snow, carols, and ornaments everywhere like tinsel. The trailer even uses the word Christmas numerous times just in case you forgot. What is a Christmas show without the hero unable to spend it with his loved ones? Unfortunately, he needs to sacrifice his Christmas holiday to help with a problem Kate Bishop created. Unlike other shows where the mentor refuses to take on a protégé, Clint treats Kate as he would any of his kids. He’s stern, but kind, and teaches her. She shows her the proper way to fix a nasty cut and works hard to keep her safe from dangerous people. This is exactly what he did with the young Wanda Maximoff in Captain America: Civil War and Avengers: Age of Ultron. Iron Man may be the fun uncle, but Hawkeye is definitely team dad.

Kate Bishop’s role has an interesting take on family. The series starts off with during the battle of New York. We see her relationship with her parents, and how important they both are to her. In the present, her relationship with her family takes center stage. Clint’s world falls apart when he was the only member of his family not to be dusted. Kate’s world is thrown asunder when a new suitor enters her mother’s life. This series to puts a big influence on family. In one case it’s to keep a promise, and in the other, it’s to keep it together. So far, there’s a similarity in goals between the two Hawkeyes, the importance of family, and how to keep together.

Will Hawkeye hit the target?

Though the series takes a lot of influence from the Matt Fraction and David Aja run on Hawkeye, the series diverges quite a lot. This is not surprising, the MCU tends to do its own thing. The differences range from how Kate Bishop and Clint Barton meet, to the Tracksuit Mafia. Fans of the series will be happy to see the opening credits matches the art style of the book. But most importantly, Pizza Dog makes an appearance in the first episode and he is the best boy. Disney+ seems to find ways to make every one of its series fit into the same narrative but with ultimately different themes. Hawkeye happens to be a fun romp about being home for the holidays. If the series keeps going in the same direction as the first two episodes Hawkeye will definitely be a Christmas series to watch for the whole family.

The Wheel of Time‘s “A Place of Safety” Is Definitely Safe, But Also Boring