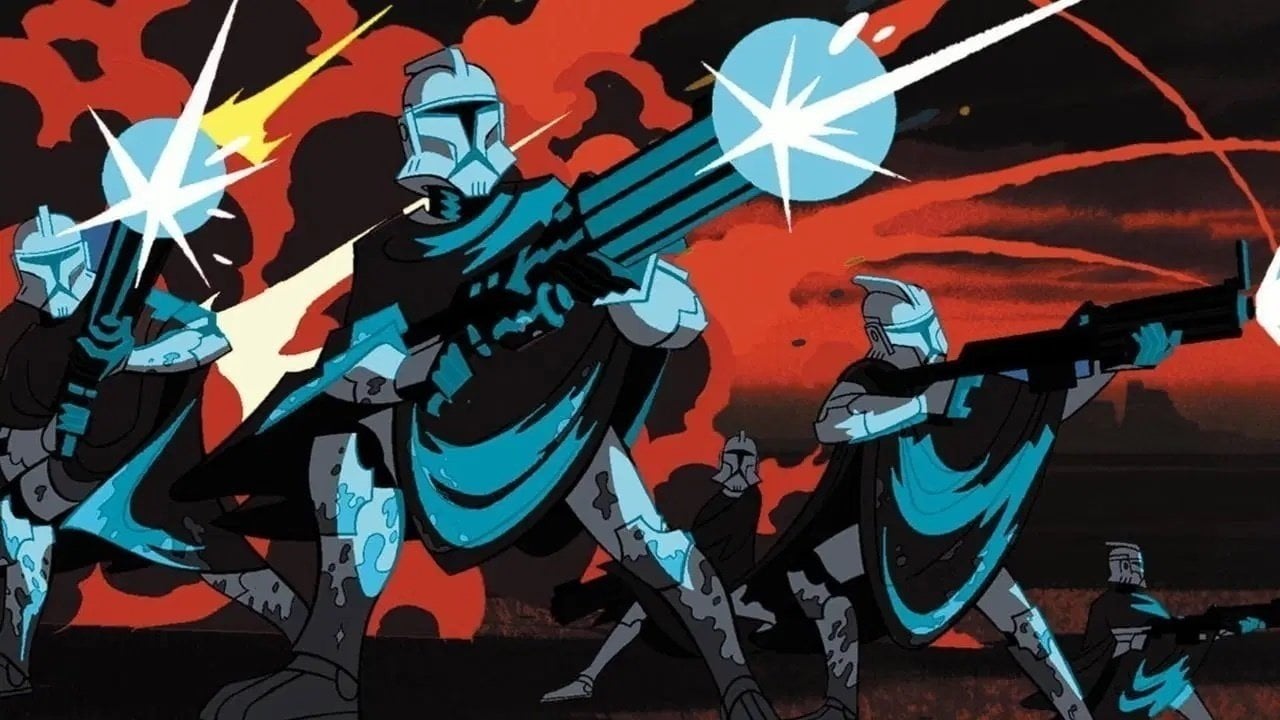 “I doubt even master Qui-Gon could have prepared a Jedi for this.”

Disney+ is no doubt the future home for legally accessing all Star Wars-related television shows and movies that are canonically (and some that are even non-canonically) part of cinema’s largest intellectual property to date. From 1977’s Star Wars to its first-ever live-action television series, The Mandalorian, Disney+ has just about every piece of content you would want to indulge in that is currently available and relevant to the long-running space opera franchise — with the exception of one series that is missing in action on the streaming service: Star Wars: Clone Wars.

Star Wars: Clone Wars is an award-winning animated micro-television series collaboration between Lucasfilm and American-Russian animator Genndy Tartakovsky. It is currently not available for streaming on Disney+, or even obtainable in-stores through physical media anymore. Despite being labeled under the “Legends” banner of content that no longer resides in the current Star Wars canon, Clone Wars is undoubtedly more significant to the franchise’s history than the majority of television broadcasts and direct-to-video series that have been endorsed and resurrected so far on Disney+.

It is a series well worth the binge that has oddly gone unrecognized by the House that the Mouse built, despite its critical acclaim and high fandom appraisal from over the years. Thousands of new and old Star Wars fans are missing out on what is arguably the best interpretation of the franchise outside of the Skywalker Saga. With only one physical release since its television debut, it is an absolute crime that this micro-series has never been released directly by the owners of the show for consumption in any feasible form since the year in which it ended. Now, with the rise of Disney+, it is the perfect time to bring the original Star Wars: Clone Wars show back with a fresh coat of high definition paint for a larger audience.

Two of The Same Wars, But Not Clones

Genndy Tartakovsky, who created the stories and animation direction for shows such as Samurai Jack, Dexter’s Laboratory, and most recently Adult Swim’s Primal, was hired to collaborate with George Lucas in 2003 to create the first-ever adaptation of what is arguably one of Star Wars universe’s most important series of events, one which truly ignited the story of the saga. As all Star Wars fans know, the Clone Wars was the three-year war that would inevitably see the fall of the Galactic Republic and the Jedi Council, as it gave rise to the Sith’s first-ever Galactic Empire, overseen by Emperor Palpatine in the original trilogy.

For those unfamiliar with this series but are aware of its successor, Star Wars: Clone Wars has nothing to do with the three-dimensional animated series, Star Wars: The Clone Wars; though these shows do take place during the same period of time, they are different interpretations of the same string of events. The original hand-drawn and partially computer-animated Clone Wars was intended to advertise, coincide, and explain the events that happened directly before Revenge of the Sith, as the film had not even hit theaters yet. As stated before, it was a micro-series, so the show was broadcasted in bits rather than taking up the standard half-hour or hour television time slot. Eventually, however, it was released in two volumes that pieced the whole story together as two short movies.

Star Wars: Clone Wars premiered before the lore of the prequels really began to rapidly expand into multiple forms of media, including the books, comics, and video games that have become the standards for its mythology and chronology. For nearly five years, Clone Wars had been the only on-screen interpretation of the events that came before the Battle of Coruscant — until the CGI The Clone Wars series began with director Dave Filoni in 2008. One can argue that The Clone Wars expanded upon what its predecessor attempted to accomplish in such a short time span, and was able to do so through multiple seasons and more in-depth story arcs.

Star Wars: Clone Wars built the foundation that expanded upon the two established armies that appeared in Attack of the Clones, while also introducing new additions to the fray who would become iconic characters that would play key roles in Revenge of the Sith, such as the IG-100 Magnaguards, General Grevious, and even Commander Cody. For the longest time, Clone Wars was considered partially canon due to aspects that had been retconned in its successor series The Clone Wars, until Disney’s acquisition of Lucasfilm finally pulled it out of the official timeline for good. In its last few seasons, The Clone Wars unsurprisingly does take inspiration from its predecessor’s final chapters, and even has some noticeably similar story lines, such as one where Anakin sees a vision of his future.

So Why is This Series Not Available on Disney+?

So why is Star Wars: Clone Wars not available on Disney+ currently you may ask? That could be because of two separate reasons, but it is somewhat obvious. The first is that the story has not been considered part of the Star Wars canon since Disney purchased Lucasfilm. The second is that the rights to this series are somewhat of a public mystery — although the former is more likely as to why it sadly may never re-release in the future.

Judging by Disney’s ability to stream and create new episodes of Dave Filoni’s Star Wars: The Clone Wars (which also initially aired on Cartoon Network), it is more than likely that the rights for the original show are far from the issue. Both series were completely developed in-house by Lucasfilm, meaning that Disney by default should have full ownership of Clone Wars. Its displacement in the timeline could potentially be holding it back, as audiences could easily think the series is part of the canon story when it is not. Disney and Lucasfilm have consistently put their foot down on what is canon and what is not for Star Wars, but there are still shorts and various mini-series available on Disney+ that are not canon either.

Perhaps the title’s near-identical similarity to its ongoing successor is another reason for its exclusion from the streaming service, but until it comes into the light again we may never know the truth behind its disappearance. If you are interested in watching Genndy Tartakovsky’s interpretation of Star Wars today, you are in luck, as several people have created full cuts of the DVD releases for all three Star Wars: Clone Wars seasons as one YouTube video. Whether you are just hearing about this show or looking to rewatch it again, the full series can be viewed in high definition by clicking the link right here.

The New Pope Premiere is a Blessed Event

The Unicorn Could Be Network TV’s Next Great Comedy