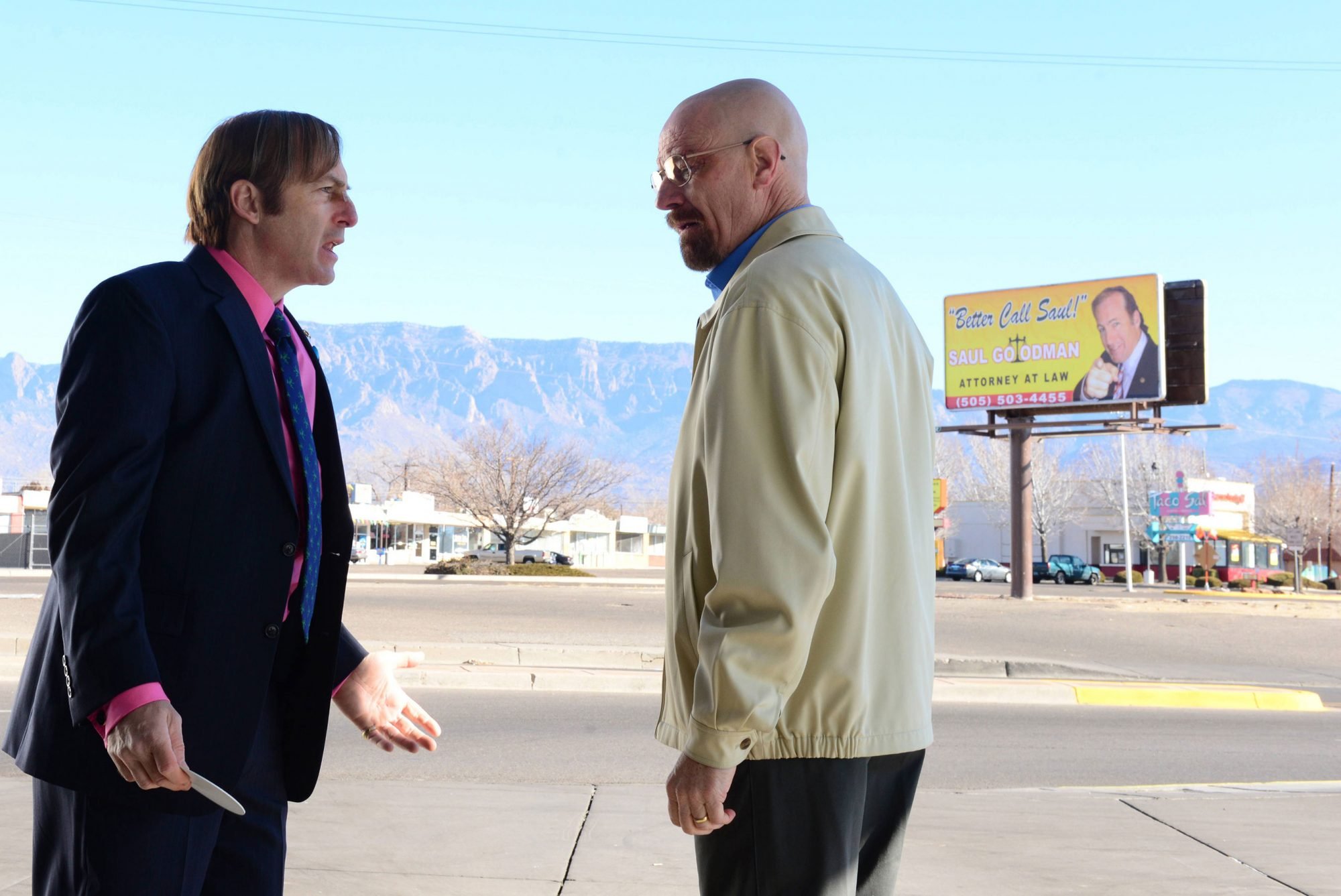 Not since The Sopranos or The Shield has a crime show blown the doors off of network TV like Breaking Bad did. The twisted tale of a high school teacher and his former student becoming meth dealers, Breaking Bad gave new meaning to the term appointment television with its breakneck pacing and wild plot twists. Now with Better Call Saul approaching the end of its run, the question becomes: what will its legacy be?

Anyone who has been keeping up with Jimmy McGill’s morally compromising journey to becoming Saul Goodman will no doubt know that Better Call Saul is a worthy follow-up to Breaking Bad but will it ever wrestle the title belt from its predecessor and become a true legend? Well, some would say it already has.

Though the debate of which show is better has been raging since Better Call Saul‘s excellent 4th and 5th seasons, the actual answer is pretty complex and harder to parse out. Ultimately it comes down to what you liked about Breaking Bad and how rewarding you even find a prequel/sequel show to be for it in the first place.

Coming from much more humble beginnings than Breaking Bad‘s adrenaline-fuelled premiere and scorching first season, Better Call Saul starts off as a BB-adjacent legal thriller. The first season mainly lays the groundwork for Jimmy’s character and introduces Mike Ehrmantraut, establishing their relationship along the way. The rest of the main cast, including street criminal Nacho, Jimmy’s brother Charles, higher-up Howard Hamlin, and close friend/love interest Kim Wexler, are also established along the way.

With that said, though, the scale of the first season is relatively low, street-level stuff. In that sense, it mirrors Breaking Bad, rising in status and stakes as the story and characters grow. What might be missing in BCS for certain BB fans is the action, violence, and general nasty tone of the show. While Better Call Saul does go to these places from time to time, there are often longer gaps between them in the prequel series.

Part of the enjoyment of Better Call Saul also hinges on whether you’re even into legal thrillers, to begin with. If you’ve watched and enjoyed shows like Damages, you’ll feel a lot more at home here. Still, if you appreciated the intensity and pacing of Breaking Bad more than you appreciated the clever, nuanced writing, BCS is less likely to be as impressive for you.

Having mentioned the writing, though, that’s definitely a strong point for the Better Call Saul camp. With Vince Gilligan and Peter Gould both being veterans from Breaking Bad, their writing and confidence have only grown in leaps and bounds with the newer series. They’re less afraid to slow down and focus in this series and less prone to week-by-week cliffhangers to keep fans interested. They trust in their craft and that viewers will continue to watch because they want to see these characters and how they do (or don’t) get themselves out of one mess after another.

In this sense, their confidence is more than warranted and generally pays off in spades. Because BCS is often less intense than its predecessor, it is allowed to be more intimate and nuanced. Characters can sit down more regularly and wax philosophical about their places in the world and how their lives have put them there. Of course, there’s the added benefit of learning more about the crossover characters from the previous series like Jimmy/Saul, Tuco, Mike, Gus, the twins, and a host of others along the way.

Smartly, however, Gilligan and Gould never leverage the entirety of Better Call Saul and its success on its various connections with Breaking Bad. New characters like Nacho, Kim, and Chuck often do just as much heavy lifting as the more established characters in terms of moving the story forward or getting great moments for their own arcs. The weaving connections with BB become more of a happy surprise in this context than the linchpin for what carries the show.

Incredible performances from actors and actresses like Rhea Seehorn, Michael McKean, Tony Dalton, Michael Mando, and Patrick Fabian, of course, help to make us care about these new additions. In fact, we’re often even more concerned about their safety because we don’t know which of them will live or die–none of them show up in Breaking Bad, after all.

This is not to say that the legacy characters don’t get their chance to shine as well, obviously. Some of the best and most rewarding parts of Better Call Saul come from watching Jimmy’s slow moral shifts and the parts of him that begin to die as a result. Mike’s growth from a humble parking lot attendant with a bad past into an enforcer for organized crime is equally fraught with points of no return, and knowing his eventual fate makes them all the more tragic.

Like with the writing and performers, the showmanship and general technique of Gilligan, Gould, and their hundreds-strong team often outdo its parent series. As previously mentioned, the tone of the show is more daring in how it weaves in and out of its many genres, and the experimentation with different forms of cinematography, landscape, and camera tricks to tell the story only grows in variety from this approach.

Ultimately which is the better show between Better Call Saul and Breaking Bad will be answered by the two-part final season of the former. With the most significant legacy characters yet returning in the form of Walt and Jesse, the boundaries between the two will blur even more so. Further, with the possibility and even probability of time-jumps being utilized here as well, almost nothing is off the table for what BB events we might see other sides of here.

While some have already made up their minds regarding the superior show, it doesn’t really matter which you prefer in the end. Both are excellent shows that complement one another in equal measure. If, for some reason, you’ve held off on diving into Better Call Saul yet, rest assured that there couldn’t possibly be a better time than now, during its blistering final season.