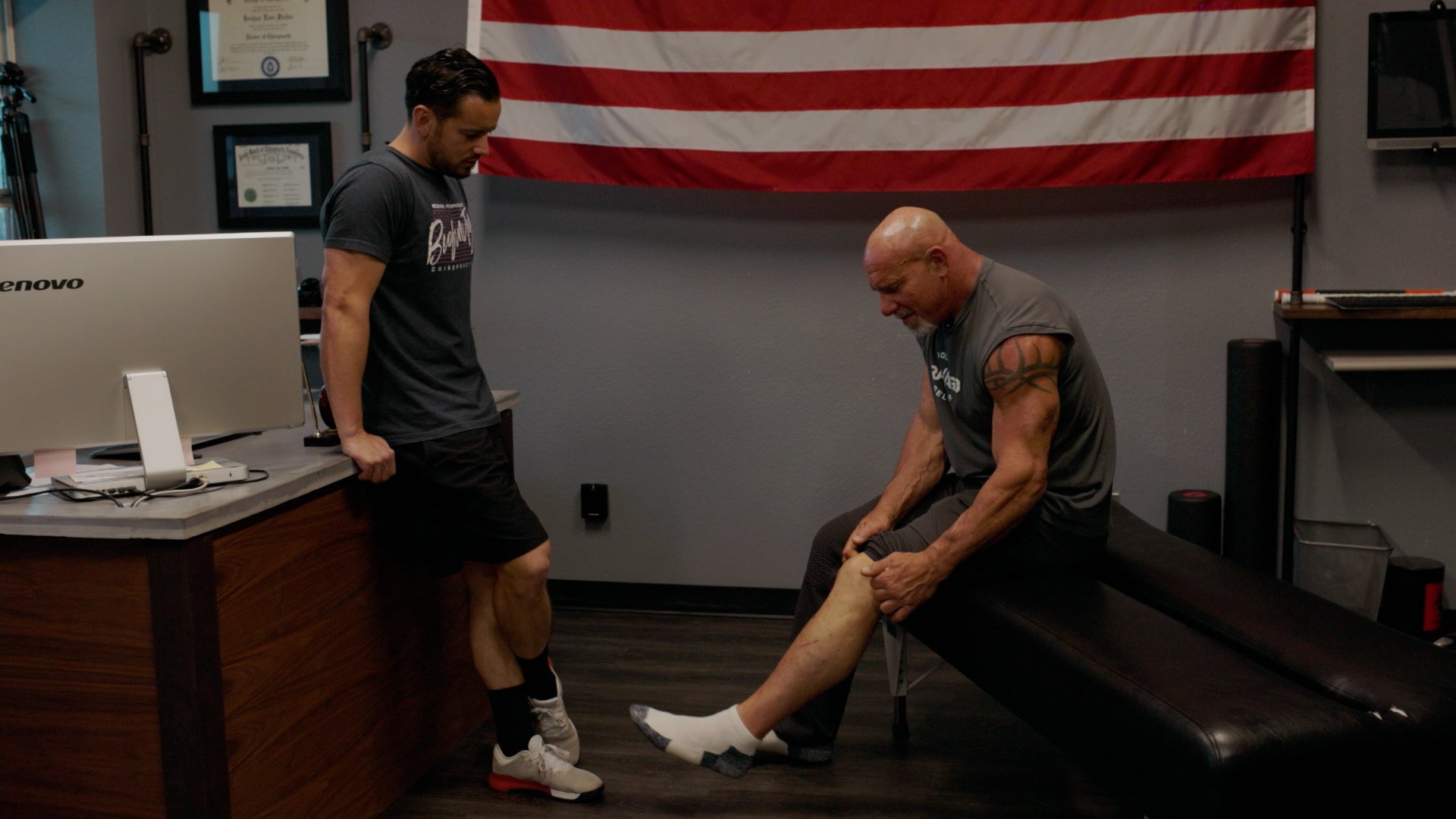 The Biography: WWE Legends episode about Bill Goldberg that debuted on A&E this week was not only the most illuminating episode of that series to date, but it’s also the best documentary about any pro wrestler of the last several years.

This is the case for many reasons, but I think it takes having the whole story laid out to realize just how different Goldberg’s career arc was from that of just about every other major professional wrestler.

A college football star who had washed out of the NFL and CFL, Goldberg didn’t take up wrestling for the first time until he was past 30. After less than a year of training, he made his debut in WCW in 1997, became an instant phenomenon with a long undefeated winning streak, and won the world championship from Hulk Hogan in the summer of 1998.

And on top of all that, Goldberg was Jewish, serving as a Sandy Koufax-like hero to a generation of Jewish kids, and not only not changing his name, but using his distinctly Jewish surname as a mononym that was chanted by crowds around the world, from the Deep South to, eventually, Saudi Arabia. And while not an especially religious man, Goldberg, like Koufax in the 1965 World Series, declined to compete on the high holiday of Yom Kippur.

Goldberg’s championship run wouldn’t last long, and he was somewhat lost in the shuffle in the waning years of WCW. It didn’t help matters when he accidentally kicked Bret Hart in the head and essentially ended his career.

Goldberg, who had a guaranteed and non-compete contract, sat out for more than two years after the death of WCW, and then popped up for a brief, disastrous year-long run in WWE, which ended when he and Brock Lesnar were both booed off the stage at Wrestlemania XX, by a New York City crowd that knew they were both leaving the company afterward.

Watch how @Goldberg became such a formidable opponent in this sneak peek from Biography: WWE Legends, all-new Sunday at 8/7c as part of WWE on @AETV’s Superstar Sunday. #WWEonAE pic.twitter.com/PdkOFZxBzq

Then, after a 12-year retirement, a pushing-50 Goldberg returned to WWE in 2016, wanting to give his wife and son a chance to watch him in the ring for the first time. He wrestled Lesnar again, and for the most part, returned to wrestling’s good graces.  He made another return in 2018 when he entered the WWE Hall of Fame and resumed his career as an active wrestler as well. Not only did Goldberg’s comeback last longer than his first WWE stint, but it went on for almost as long as his initial wrestling career did.

In its two-hour running time, the Biography documentary goes a lot more in-depth than most of what’s been offered either by Biography or Dark Side of the Ring. And these are mostly from honest interviews with the wrestler himself.

Goldberg acknowledges that he had no idea what to do with himself, either during his time after football or his (first) time after wrestling. We also see him in a home theater, noticeably moved while watching his 1998 title victory over Hogan.

While Goldberg, especially earlier in his career, didn’t do a lot of talking, he’s a fascinating and engaging interview subject, which has likely been honed by his years of acting gigs (he’s had a recurring role, naturally, on The Goldbergs.)

Goldberg also talks a bit about what it was like growing up Jewish- as Fiddler on the Roof-like music plays, he recounts the story of being bullied for being Jewish as a kid, before drawing unlikely inspiration from A Christmas Story and beating up his bully.

Hulk Hogan is interviewed, giving a typically self-serving take on his loss to Goldberg, while Hart is still very clearly bitter about that kick to the head in 1999 (most documentary treatments of the Hitman focus more on his anger about the Montreal Screwjob and his brother Owen’s death, but he’s clearly still worked up about Goldberg’s having hurt him.)

This was the kick that gave Bret Hart a concussion that would lead to the end of his career a few months later. pic.twitter.com/MJtIlutkS1

Paul Heyman, Eric Bischoff, and Bruce Prichard also provide some behind-the-scenes insight, with Bischoff making the astute observation that Goldberg’s dominance in WCW left him with no natural opponents, just months after he won the belt. And WWE’s cooperation means that all of the relevant match and backstage footage is available.

Much better than the season’s first episode of WWE Legends: Biography, which mostly rehashed well-known stuff about The Undertaker’s career, the Goldberg episode is super-illuminating, both for longtime fans of the wrestler and those unfamiliar with that amazing moment of his initial rise.

Ranking All The Marvel Studios Shows on Disney+ So Far