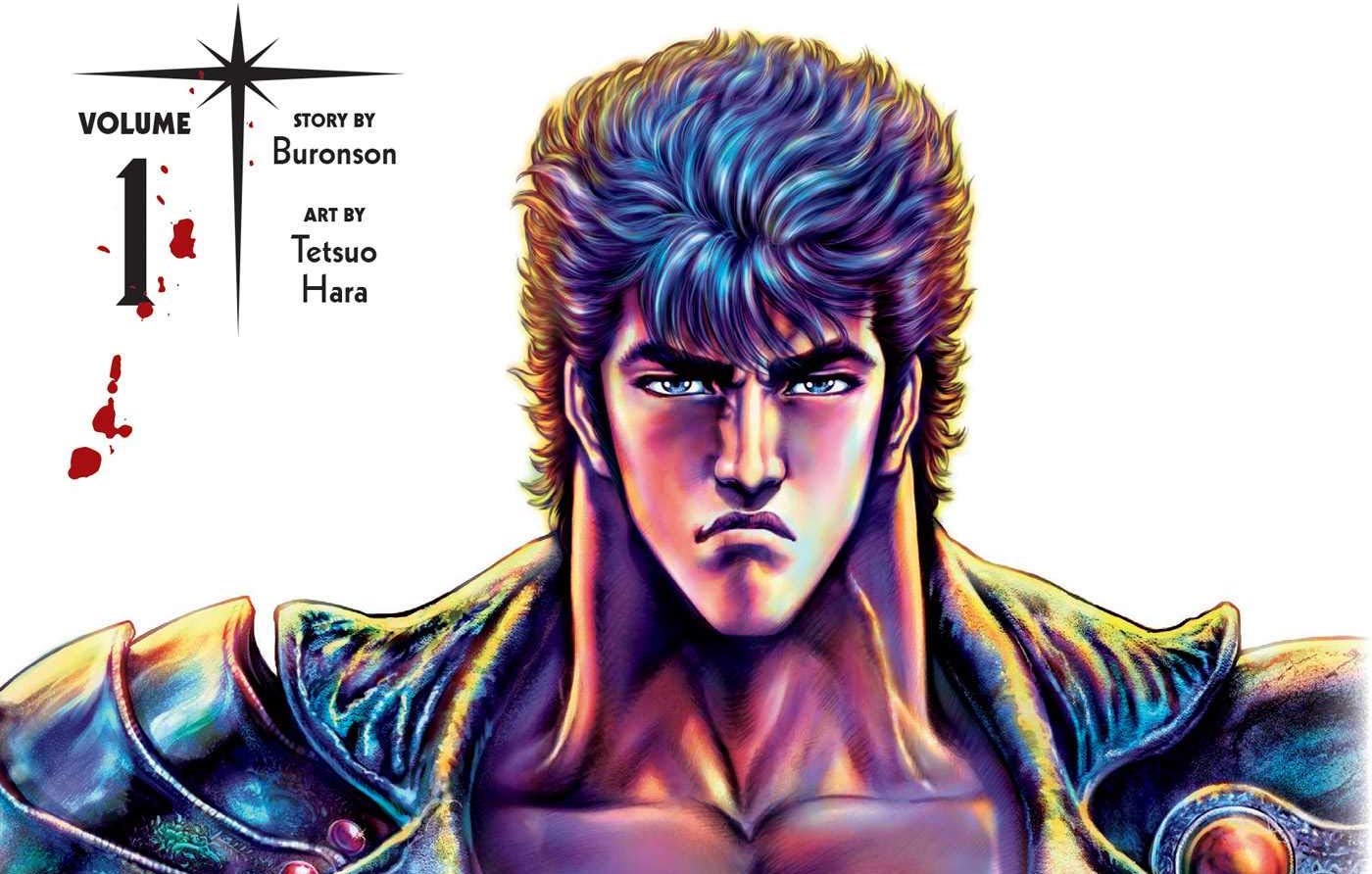 Fist of the North Star is said to be one of the most impactful works of art that inspired pop culture after its debut. Since its debut 1983, it became a foundation and example for not only the genres of apocalypse and action-inspired stories but those specifically within the mediums of shōnen manga and anime. Despite its mega-success in Japan, its presence outside of its home turf has been nothing short of odd. Originating as simply a subtitled anime to many in the West, Fist of the North Star has always seemingly made its way across the globe in every form a manga can be adapted into except for its actual source material. As it has become one of the top twenty highest-grossing franchises on the planet, does Fist of the North Star‘s original manga achieve its high praise with its latest translation or should readers be looking for another hero in the wasteland?

The first “battle manga” of its kind absolutely still thrives even when placed against the standards it has continually heightened. Taking heavy notes from the first two Mad Max films and Bruce Lee’s career in martial arts, Fist of the North Star Vol. 1 masterfully combines multiple genres at the same time to create a blended barrage of eye-popping and heart-wrenching entertainment. The story of the lone hero Kenshiro could not have taken off with a better start. The manly protagonist exploring a wasteland in hopes to save any individual or group being belittled by those of a higher power is still incredibly engaging after almost thirty years. Being spearheaded by themes of loss and betrayal, Fist of the North Star‘s first volume shows guts, glory, honor, and astonishing action as it evidently establishes tropes, character traits, and other aspects seen in most modern shōnen manga.

Without spoilers and to keep the plot short and simple — especially for those being exposed to the series for their first time — Fist of the North Star Vol. 1 takes place in the year 199X when nukes have gone off, earthquakes have struck, and the ocean has completely dried up. Of course, these events only point towards the fact that the bloodbath free-for-all known as the post-apocalypse is in full session. In the same fashion as the aforementioned Australian action films from George Miller and Bryon Kennedy, gangs run rampant across what is left of Japan and small communities are forced to fend for themselves as a new society further desolates the world. As there is no peace or hope left in sight, one hero, Kenshiro, sets out on a franchise worth of escapades to bring an end to the madness at hand. Outside of his friends all he has to utilize is an ancient martial art passed through his lineage known as Hokuto Shinken, the Divine Fist of the North Star.

While sometimes the resemblance to Max Rockatansky and even Bruce Lee’s stories can be blatantly obvious — especially in terms of the setting and plot — Fist of the North Star Vol. 1 has far more than meets the eye. Between characters and mythology, the first volume of the series excellently builds upon creating a doomed atmosphere that significantly differentiates itself from its attempted successors and predecessors of post-apocalyptic stories. In the first few chapters, Kenshiro may playoff as a carbon copy of the classic road warrior Mel Gibbson portrayed — even going as far as donning his posture and iconic leather biker jacket featuring the same collar — but rest assured, he is a protagonist that has his own personality and attributes. Kenshiro’s role in the narrative is not only used symbolically in the same way as Mad Max being a horseman in a hopeless apocalypse, but he has his own relatable human goals and aspirations in mind that keep him and the plot constantly moving.

Kenshiro’s story of vengeance is filled with plenty of surprises as a superficially invincible man is slowly humanized and shown to be as emotionally and physically vulnerable as anyone else. At the core of Kenshiro’s tale though is the divine martial art Fist of the North Star is constantly out to develop aside from characters. Hokuto Shinken is forged in a fascinating way as author Buronson intricately established a concrete though malleable mythology around his fictional style of fighting. The series never defies its own science as the martial art sticks to focusing on hand-to-hand combat and the anatomy of the human body; the ideas of physical intervention, chakra, and chi are always intertwined. While the reader is told that Hokuto Shinken is simply an ancient martial art of assassination that brings chaos wherever it appears, its endless possibilities are always being experimented with.

From intense fighting moves to spirituality’s connection with accomplishing the impossible, Hokuto Shinken is always drawing back to the philosophies of several ancient styles of combat and meditation. It always reflects a particular sentiment of using a publicly known evil for the sake of good. As the martial art is more explored the information readers gain builds upon the plot’s mysteries and Kenshiro as a character. The relationship and individualities behind Kenshiro and Hokuto Shinken is certainly the strongest point of Fist of the North Star Vol. 1 (aside from the art of course), but that does not mean the remaining cast members of the story should be underestimated either. While the protagonist and martial art are definitely placed at the forefront, the rest of the manga’s staring cast does have a weightful stake in the story.

From the thief with no honor and a mute young girl with a horrifying past to a villain absorbed by jealousy and a henchman so stuck up he is worth exploding, First of the North Star has a wide variety of characters that all coincide with each other’s goals and aspirations. No one ever feels inessential whether they are being instantly killed off to show the power of Hokuto Shinken or drive a character towards reconciling with a point. Perhaps Kenshiro’s companion, Bat, who wormed his way into his company could have received more development, but even then it is hard to criticize such a character knowing that not only is he not the focus of the manga but will be receiving more time to shine in the next volume.

Even though it is chock full of characters and action, Fist of the North Star Vol. 1 most notably strives to connect wordplay with striking visuals as it always prioritizes both aspects of storytelling. The manga may not always be saying much within its words as it contains an admirable amount of silence from its lead protagonist and suffering minors, yet the script there is to read and art to fathom over constantly says otherwise. Mysterious explanations with intended contradictions and witticisms that unironically explain audience questions are always carefully developing a story that on the surface may seem simple but perhaps is far more complex than readers can imagine. From the exact framing of characters to particular closeup shots chosen for scenes, no matter what panel you are looking at Fist of the North Star is impressively always catering towards maximizing on visual storytelling — as all great visual media should.

The only mistake Fist of the North Star truly makes is arguably be the first volume’s ending. The last chapter of the volume wraps up in a bit of an odd spot, however, this is also something that obviously is the consequence of being made into a collection after first being featured in a magazine. It ends on a note that is certainly not poor by any means but is beating with a desire for more pages to continue onwards — and of course, it will once volume two arrives.

Whether you are reading a volume of Berserk or playing any of the Mortal Kombat games, after witnessing the first entry of Fist of the North Star‘s manga its impact on many of pop culture’s action-driven highlights will become clear. Not only does it still uphold a strong narrative and charismatic cast of crazy characters who embark on a powerful journey, but the first volume of the original series is constantly able to entertain with its pages of bloodshed and sophisticated conversations. Like the best shōnen manga that it inspired, Fist of the North Star is always embracive of its pure chaotic nature as it cracks its knuckles for a captivating first impression. If the idea of Mad Max smashed together with Dragon Ball’s fighting capabilities in a manga format sounds intriguing at all to you in any way, there is no doubt that you will be binging through the latest localization of Fist of the North Star in a matter of one sitting. VIZ Media’s latest translation is nothing short of a necessary landfall that has been a long time coming.

Devil’s Candy is a Sweet Yet Acquired Taste