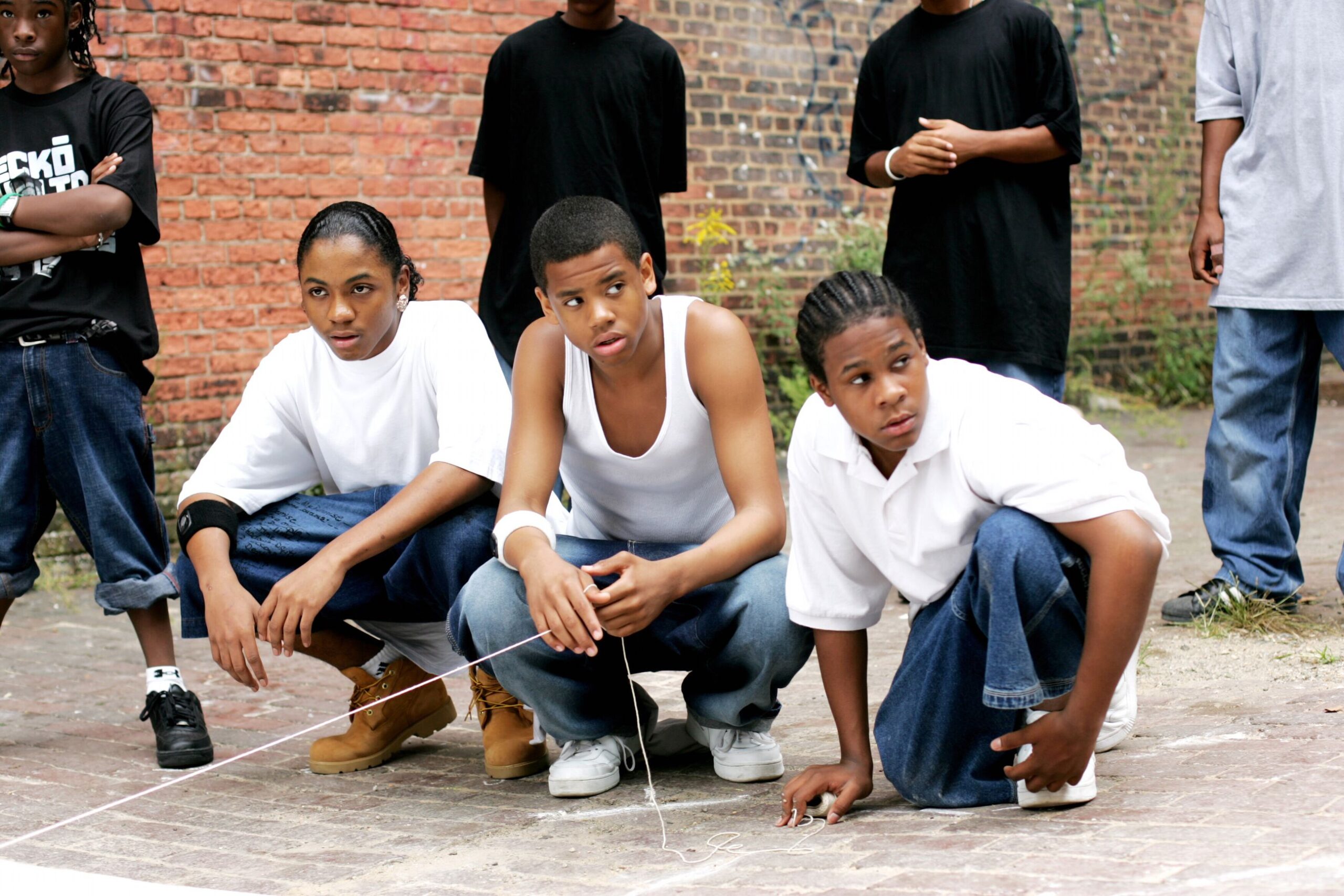 Season four of The Wire premiered in the fall of 2006, a full two years after the third season, and much in the world had changed. America went through a nasty election where the full political force of 9/11 became clear and the lines between patriotism and morality further blurred. With the Iraq War and Hurricane Katrina (David Simon would later explore this disaster in his series, Treme), the country saw the full extent of how the government could fail its people. Underneath this morass was the No Child Left Behind Act, a law that further put the squeeze on public education by forcing states to give assessments in basic skills in order to receive federal school funding.

An institutional collapse reaching down to society’s most vulnerable is the impetus for season four, making it the show’s bleakest yet socially conscious season. Having survived its foray into more mainstream genres, The Wire would experiment not with plot but with character, becoming the social drama it always intended to be. The season would be represented by four kids, each with a lived-in personality, each with a tragic story to tell. Michael (Tristan Wilds), a survivor of abuse and caretaker to his younger brother. Randy (Maestro Harrell), the school hustler with a winning smile. Namond (Julito McCullum), a kid living the benefits of the drug game but in the shadow of his father.  And Dukie (Jermaine Crawford), the poorest among the poor kids but a bright student with potential.

In essence, it’s the season where the stakes have never been higher. Simon and his writers almost relish debunking the hard issues of inner-city education that are either entirely glossed over or reduced to digestible and toothless packages for the nightly news–drugs, homelessness, AIDS scares, violence, risky sexual behavior–like the final word on the bullshit of the afterschool special. In explicating the internal rot of the education system, he gets to the source of Baltimore’s ills and America’s–money.  When children become your source of profit, education dies a slow death.

It’s no surprise that each kid is given a parallel adult mentor figure who attempts to rescue each from the hell they’ve been born into. Pryzbylewski, fuckup policeman turned inner-city math teacher, becomes our audience surrogate on the public education end, and Cutty (Chad Coleman), reformed drug soldier turned inner-city boxing coach, becomes our audience surrogate on the street education end.  Bunny Colvin takes up the fight for youth on the outside of the law and education, while Ellis Carver comes up against the bureaucracies that govern both.

While these four souls hang in the balance, the remaining characters battle their own disequilibrium within their professions. Lester and Bunk, having done their part against the Barksdale crew, are sent on a wild goose chase to find a missing person and eventually a missing body. McNulty on the beat means a McNulty off the booze, but a reconnection with Barksdale corner boy Bodie (J.D. Williams) reignites his righteousness. Bunny, having lost his pension, agrees to partake in a university-funded study of at-risk youth, among them Namond. The wires are dead. The streets are quiet. Too quiet, it seems, as new kingpin Marlo sits pretty atop a seized empire and atop a pile of bodies left to rot in vacated row houses. It’s a nice metaphor for the drug war. Sweep some dead people under the rug, make the stats go down, and the streets will appear clean…at least until the bodies start to smell.

In its verite approach, season four resembles much of the American independent cinema that preceded the show. Directors like Spike Lee, Steve James, and Charles Burnett would shape the inner-city narratives from the inside, giving walking statistics actual faces. The Wire could’ve easily ended at season three, but by breaking the trilogy, we begin to see David Simon’s humanist end game in full view. The Wire would not be represented by a triangle, but, as the fifth and final season would show, a circle. Or, to get macabre with it, the image of the Ouroboros–the snake eating its tail.