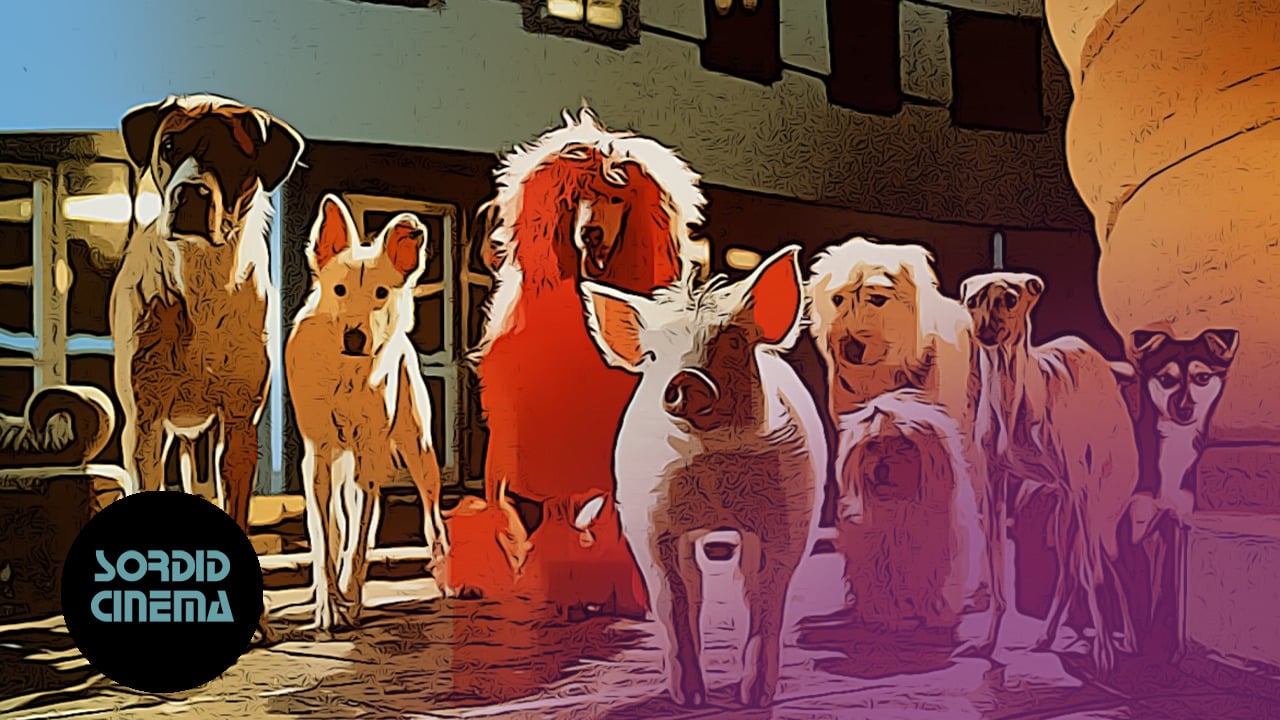 Originally dismissed by most critics and audiences as too dour and scary for children, George Miller’s Babe: Pig in the City holds up today as a beautiful, haunting portrait of the toll an urban existence can take on both human and hog. This week, the Sordid Cinema Podcast dives into the anachronistic, unwelcoming canals of this fantastical Metropolis, looking for a little decency in a cinematic world of cynicism. Join Rick, Simon, and Patrick as we break down Babe’s almost-certain annihilation at the hands of a pit bull, marvel at the incredible effects and ability of the star animals to hit their marks, and have a good laugh at Ferdinand the Duck’s expense.

So what exactly is ‘sordid’ about Babe: Pig in the City? One of our hosts was (at first) asking that same question – until a certain stretch where George Miller puts audiences through the emotional wringer. Though the story revolves around a talking sheep-pig on a wholesome mission to save his farm, there are moments of dread, suspense, action, and horror as a little pig’s innocence and empathy are tested. There is also a bizarre cameo by Mickey Rooney, a drug bust at an airport, a Thunderdome-like ballroom sequence, and a monkey with a gun. Thank you, Pig, for delivering this crazy feast for the eyes and ears, and for more on Babe: Pig in the City, have a listen!