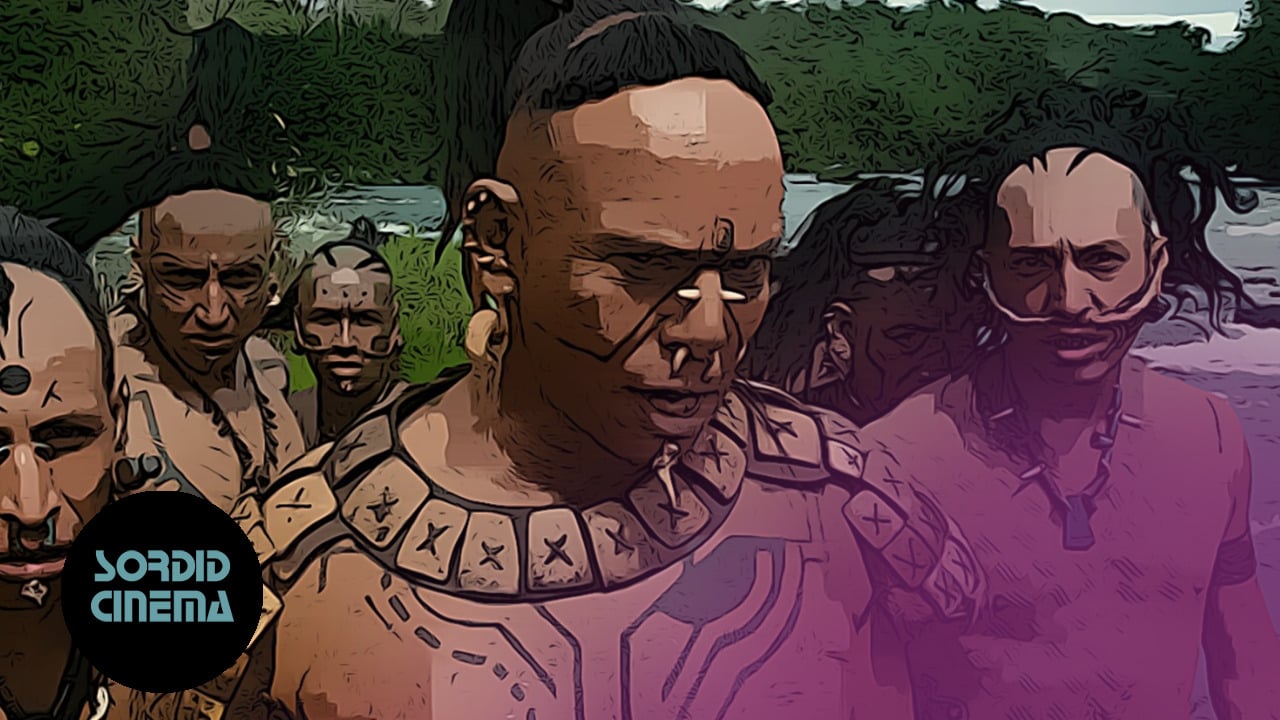 This week the Sordid Cinema Podcast gets to the (ahem) heart of what makes Mel Gibson’s 2006 action-epic, Apocalypto, still such a thrilling watch. The simple story of a Mayan villager brutally kidnapped in order to be ritually sacrificed to appease the gods, who then escapes and must race home to retrieve his expectant wife and child from a flooding well, is filled with period detail, cruel violence, and intense action. Sure, there was a bit of controversy upon the film’s release [see: Mel Gibson], and debate about the authenticity of the depiction of the Mayan civilization, but Apocalypto also went on to win praise from the likes of Martin Scorsese, Quentin Tarantino, and Spike Lee, among others.

But it’s not all tapir-testicle-eating fun. Join Rick, Simon, and Patrick as they muse on the merits of Gibson’s direction, debate the clarity of the film’s messages, praise numerous performances as MVP-worthy, and touch on how the film relates to the rest of Gibson’s filmography. It’s a show packed with discussion about creepy little-girl prophets, similarities to The Passion of the Christ, and creative names for female characters. For all this and more, have a listen!