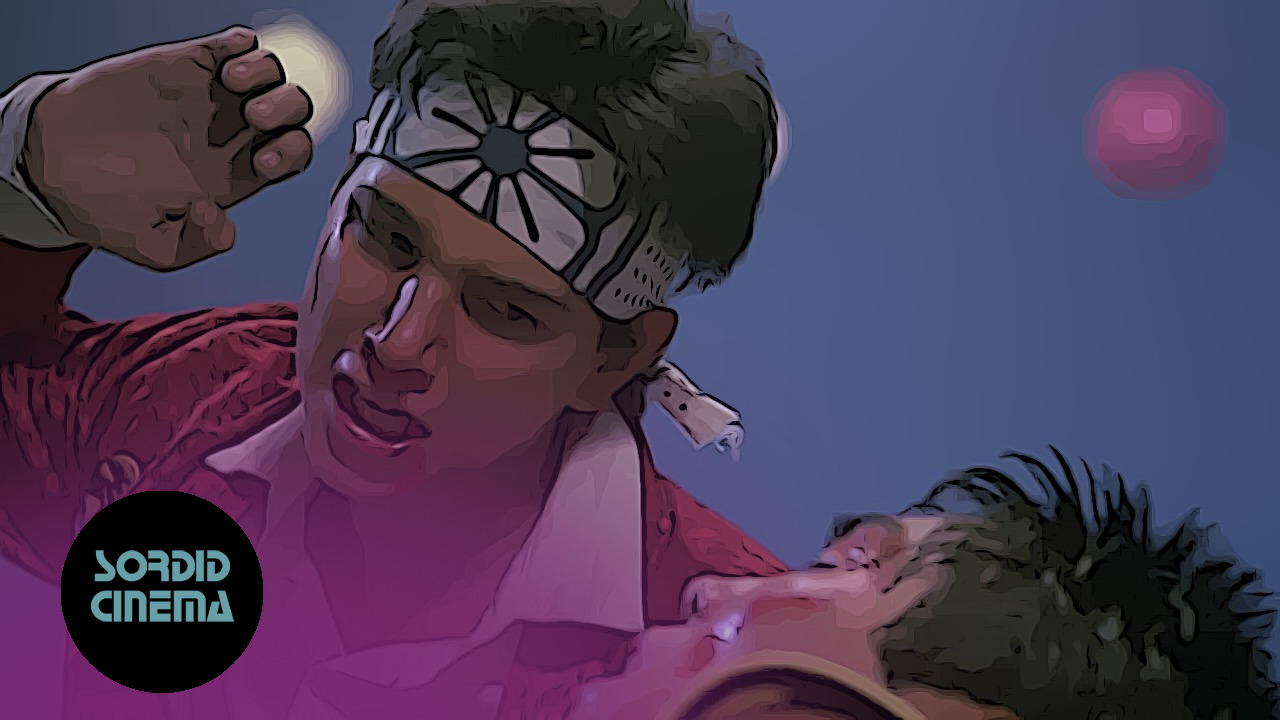 Maybe the original isn’t the best around? This week on the Sordid Cinema Podcast, hosts Rick and Patrick kick off the new year by looking back at an old sequel: John G. Avildsen’s The Karate Kid Part II. It turns out that crane kicking Johnny Lawrence’s face at the All Valley Karate Championship was just a warmup for Daniel-san, as this time he follows his sensei, Mr. Miyagi, to a small village in Japan in order to sort out a long-standing feud. Along the way they both encounter flying fists, swinging hooks, mini drums, and romantic tea ceremonies. But does this follow-up to a classic stand toe-to-toe with its predecessor?

Though The Karate Kid Part II may have plenty of issues (an overlong recap, a homicidal teenage rival, a lack of focus, and some questionable matte paintings), there is still plenty to love about a sequel that dares to push a franchise forward. The exotic setting and darker tone result in higher stakes, and despite the many familiar beats, this film also has the best romance in the series, as well as an intriguing nemesis in Sato. Join us as we discuss both the highs and lows of this still very watchable slice of the 80s, somehow make comparisons to Indiana Jones and the Temple of Doom, and reveal our most memorable moments. For all this and more, have a listen!

Sordid Cinema Podcast #566: David Cronenberg’s Scanners: So Good, It Will Blow Your Mind