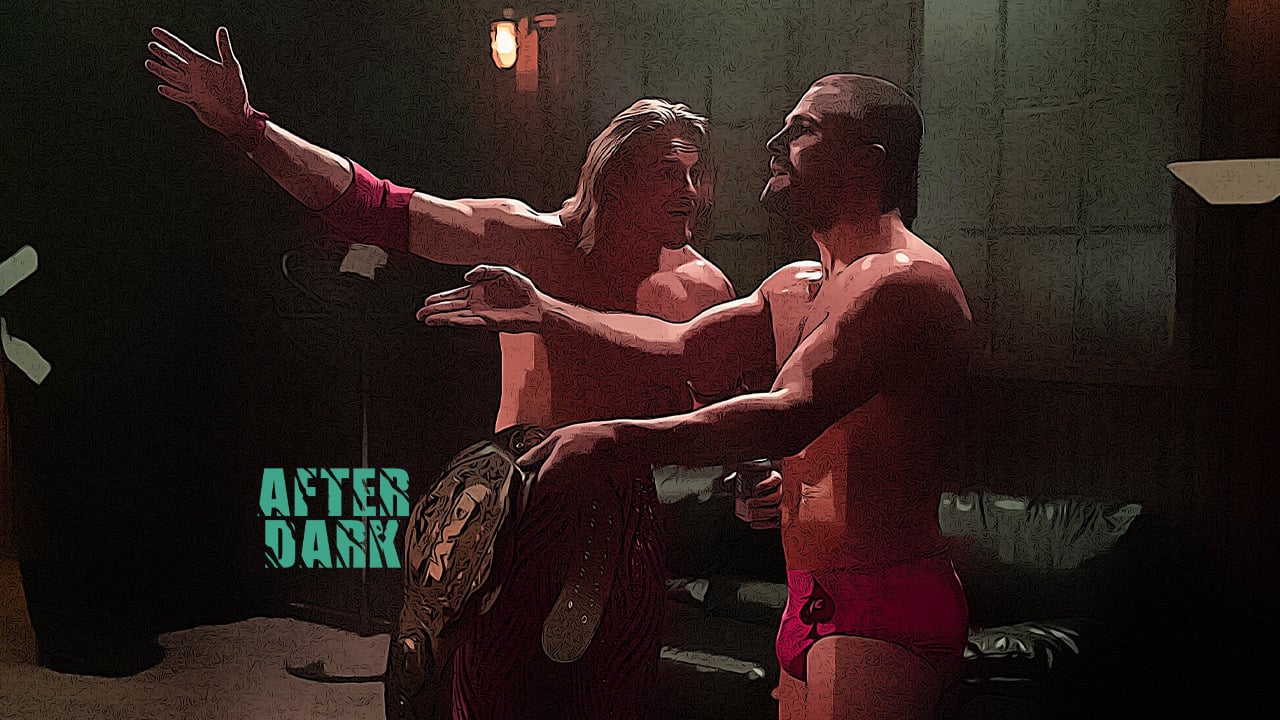 This week on After Dark, we invited Mariko McDonald of the Talk AEW Podcast to discuss Heels!

You don’t have to be a professional wrestling fan to fall head over heels in love with the new STARZ series starring Stephen Amell. Created by Michael Waldron (Loki) with Mike O’Malley serving as showrunner, Heels centers on a family-owned wrestling promotion (the Duffy Wrestling League) and follows brothers Jack (Amell) and Ace (Alexander Ludwig) Spade as they navigate their way through the world of independent professional wrestling in their small, fictional Georgia hometown of Duffy. And much like sports entertainment, the most compelling storylines are often the ones that develop outside of the squared circle as the brothers wrestle to keep the family business alive while navigating family life in the wake of their father’s death.

Following eight stoic years as Oliver Queen, Amell is perfectly cast here given his long-time love affair with wrestling. In addition, his multiple appearances in several real-life wrestling promotions including the WWE and Ring of Honor, help bring far more nuance to his role. And speaking of the cast, Heels is also blessed with a star-studded supporting cast including Allen Maldonaldo, character actor treasure Chris Bauer and even the ‘Best in the World,’ CM Punk who is unforgettable in his brief appearance as local wrestling legend Ricky Rabies.

By now, you’ve most likely heard someone compare Heels to Friday Night Lights. Well, that’s not a bad comparison since Heels does a superb job in keeping viewers interested even if they are not familiar with the world of professional wrestling, not unlike how Friday Night Lights reached a wide audience including those with no interest in football. And like FNL, Heels is first and foremost a family drama— it just so happens to use professional wrestling as the framing device. Ultimately, Heels is funny, dramatic, often moving, and a well-written love letter to independent wrestling.

Sordid Cinema Podcast Rewind: The Lasting Impact of the Lord of the Rings Trilogy

After Dark: How Yellowjackets Became the Surprise Sleeper Hit