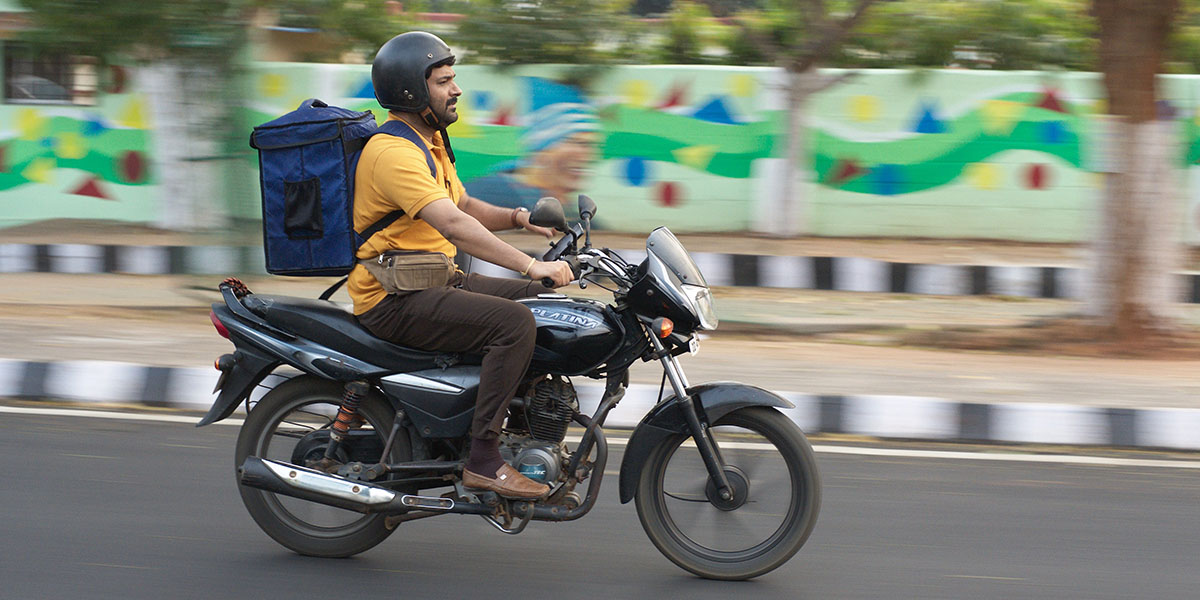 Nandita Das’s Zwigato labels itself as a “work of fiction based on a thousand true stories”. It’s an endearing, yet reflective statement that gets to the heart of what neo-realist cinema attempts to accomplish: to find uncomfortable societal truths in entertainment. While her latest outing isn’t a revelatory addition to the neo-realist canon, it still taps into rich thematic veins that both highlight the lasting scars of the caste system and humanize the ignored lower class of the Indian subcontinent.

Das’s take on the gig economy, and the facelessness of India’s burgeoning corporatization, is shot through the lens of the pandemic, touching on its socio-economic ramifications on an already reeling class. While markedly smaller in scale, the film evokes the best of Rossellini and De Sica, as its exploration of the current post-pandemic period vibrantly captures the desperation of the job hunt, and the thin line separating subsistence and outright poverty. Yet, with such gloomy territory, the film never envelops us in a one-note misery. Instead, Das trains her socio-political gaze on a portrait of a charming, humble family that never forgets to cherish the humanity underpinning the commentary.

Kapil Sharma, a prominent and celebrated comedian in India, takes on a more understated and grounded persona in his performance as Manas, who loses his job as a factory-floor manager during the pandemic. With prospects looking dire, he is forced to be a driver for a food delivery app called Zwigato. He darts around Bhubaneswar on his flailing motorbike with his yellow uniform and bulky insulated backpack, facing down the cutthroat world of tech-based food delivery and a swath of impatient customers and inconvenient hurdles.

To keep the family above water, his wife, Pratima (Shahana Goswami, in a jubilant and poignant performance), applies for a position as cleaning staff at a mall, much to his chagrin. Yet, the strain of his daily, maddening grind begins to take a heavy toll, and he’s forced to confront the traditional patriarchal structure that has governed his life.

While Sharma’s reputation as one of the nation’s leading funny men is cause for concern (especially in a story like this), he wonderfully taps into the innate, dry humour of being flung around the city by the app, its algorithm, and its uncompromising rating system. While he sheds his propensity for outlandish comedy, traces of subtle humour remain, beautifully grounding his performance and laying bare an earnest turn as a man undone by the app’s cold, hollow incentive systems.

His understated, yet utterly loveable performance possesses a sweet naivety that is infectious, gluing us to his ballooning plights. It beautifully complements the film’s observational, cinéma verité style, which finds pockets of wonder in the mundane.

The film also veers into surreal territory with its realist camerawork rendering Manas’s nightmares of missing a literal gravy train utterly stark and unsettling. By capturing the dreamscape in the same light as the real-world obstacles, Das points to the inescapability of India’s social hierarchy, which is bluntly underpinned by caste and economic subjugation. With all its moving parts, Das puts forward a taut and sharp exploration of families at the fringes that manage to go beyond social commentary, shedding light on the possibility of a different life, outside of the political-economic ecosystem, where we can treasure the human moments that make life worth living.

While the film’s depiction of technology can feel stilted and rudimentary at times, it still accurately captures the ordeals of oversaturation and the feelings associated with being easily replaceable. With Zwigato, Das not only subverts her star’s celebrity persona, but also the lens with which these prevailing issues can be approached—with both subtlety and sentimentality, proving the two aren’t mutually exclusive. It may not be the strongest and most layered of social commentaries, but it’s one that is important and deft, nonetheless.

Sixteen Things You Did Not Know About The Punisher