Wolfman’s Got Nards, a documentary exploring the initial failure and subsequent cult success of the 80’s movie The Monster Squad begins with a question: Is The Monster Squad a cult film? As someone points out later in the documentary, if you ask five people what defines a cult movie, you’ll most likely walk away with five different answers. In my opinion, The Monster Squad is indeed a cult film – a movie which was initially trashed by critics, ignored by cinemagoers and a box office flop before garnering a huge following thanks to the release on home video. But while The Monster Squad may now have a legion of dedicated fans across the globe, even after all these years it still remains obscure and unpopular with mainstream audiences. In fact, the most surprising takeaway while watching Wolfman’s Got Nards, is just how many people featured in the documentary had never seen The Monster Squad before. If you’re one of those people, you should still find yourself entertained since the documentary features a treasure trove of information and in some ways,  is as interesting if not more, than the actual subject itself.

For the unfamiliar, there are just a few basic facts you need to know about The Monster Squad before going in. First, the classic horror comedy about a quintet of classic movie monsters who invade a small town looking for a lost amulet, only to be caught off guard when a bunch of kids calling themselves The Monster Squad decide to fight back — was written by famous screenwriter Shane Black, who pitched the script shortly before he found massive success writing The Lethal Weapon one year later. Second, it was directed by Fred Dekker who also directed another horror comedy with a huge cult following – Night of the Creeps. Lastly, it is hands down one of the best films to come out of Hollywood in the 80s and a film that went on to inspire many of the biggest filmmakers working today. Unfortunately for the film, it released in the wake of The Lost Boys and was so poorly marketed, it bombed at box office. Luckily for everyone involved in making the film, The Monster Squad has gained a humongous cult following over the past three decades. Thirty years later, director Andre Gower, star of the original movie, ventures out to explore the making of the 1987 film and why it means so much to millions of fans around the world. 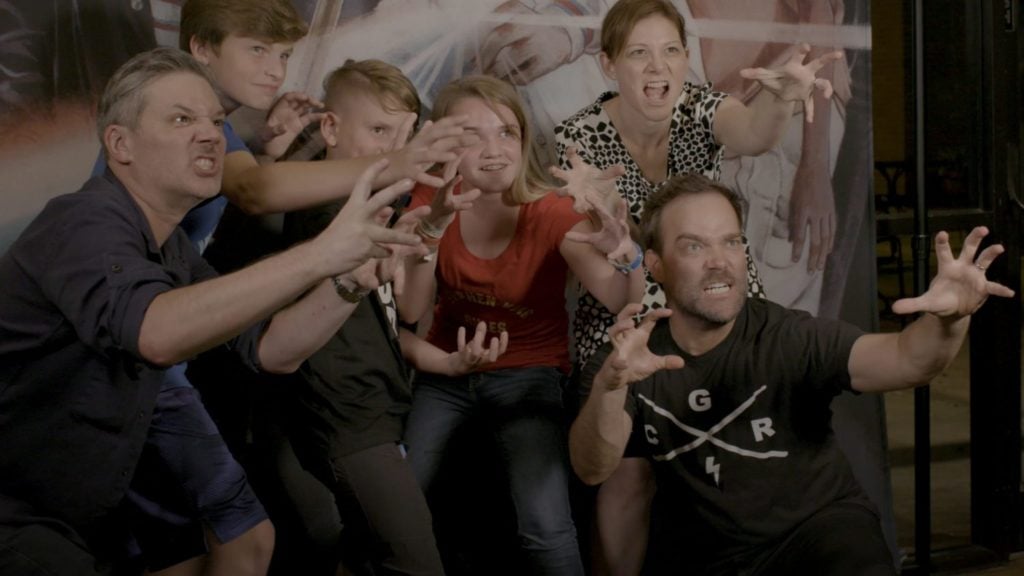 Named after one of The Monster Squad‘s most memorable lines, Wolfman’s Got Nards is a love letter to Fred Dekker’s film, chronicling the making of the movie, its box office flop, its home video success and most importantly, the film’s fanbase and legacy which continues to grow, to this day. Using The Monster Squad’s anniversary tour as a framework, Wolfman’s Got Nards features everything you’d come to expect from this sort of documentary including great behind-the-scenes anecdotes, lost footage and interviews with Shane Black, Fred Dekker, and cast members Ryan Lambert, Ashley Bank, Adam Carl, Lisa Fuller, Stephen Macht, and Duncan Regher (who played the still terrifying Count Dracula and battled the ragtag group of kids). While each of the cast members shares some wonderful memories, perhaps the best talking heads are the obsessed fans and the famous filmmakers (also fans) who wouldn’t be where they are today had they not seen The Monster Squad at a young age. From cinephiles to film critics to film bloggers to film professors, each reminisces about their first time watching the film and the impact it has had on their lives. Gower also interviews the legendary effects artists who brought the monsters in The Monster Squad to life, including Tom Woodruff, Jr., Steve Wang, Matt Rose, John Rosengrant, and Shane Mahan who share their original ideas, makeup, concept art and costumes that never made it in the final cut (either due to creative differences of copyright laws).

As with any documentary about the making of a movie, nostalgia is the driving force behind one’s enjoyment of watching how it all came together and the impact the film had (or didn’t have) on the world. Those viewers who grew up watching (and loving) The Monster Squad will no doubt find themselves entertained from start to finish. For everyone else, your enjoyment will depend on just how much interest you have in filmmaking and the long, hard work and challenge that goes into making a movie. For the former, this documentary will be pure fan service, allowing you to identify with the fans featured in this documentary who share your enthusiasm. For the former, the documentary still works as an engaging examination of movie fandom.

It’s actually quite astonishing just how much editor Henry Darrow McComas and Andre Gower cram into just 91 minutes. From the making-of featurettes and countless interviews to the various different viewpoints criticizing the film for homophobia, sexism and even fat-shaming, Wolfman’s Got Nards covers a lot of ground in a short span of time. The real heart of the movie, however, is the scenes involving the fans who ever since the famous anniversary screening at the Alamo in 2006, have demanded more and more screenings around the world. What was once a movie that could only be seen on regular rotation on HBO now sells out theatrical worldwide, including the famous Prince Charles Cinema in the UK.

Wolfman’s Got Nards also has a fair share of touching moments both with fans and with those involved in making the film – most notably a heartbreaking section that unfolds as a tribute to the late Brent Chalem, co-star of the film who died at a young age. Gower devotes an entire chapter of the documentary to Chalem, giving us a better idea of who he was, and how his surviving family and friends wish he was still alive to appreciate the immense popularity the film now has. It’s moments like these that not only perfectly capture what makes The Monster Squad so special but demonstrate just how much The Monster Squad means to so many people. 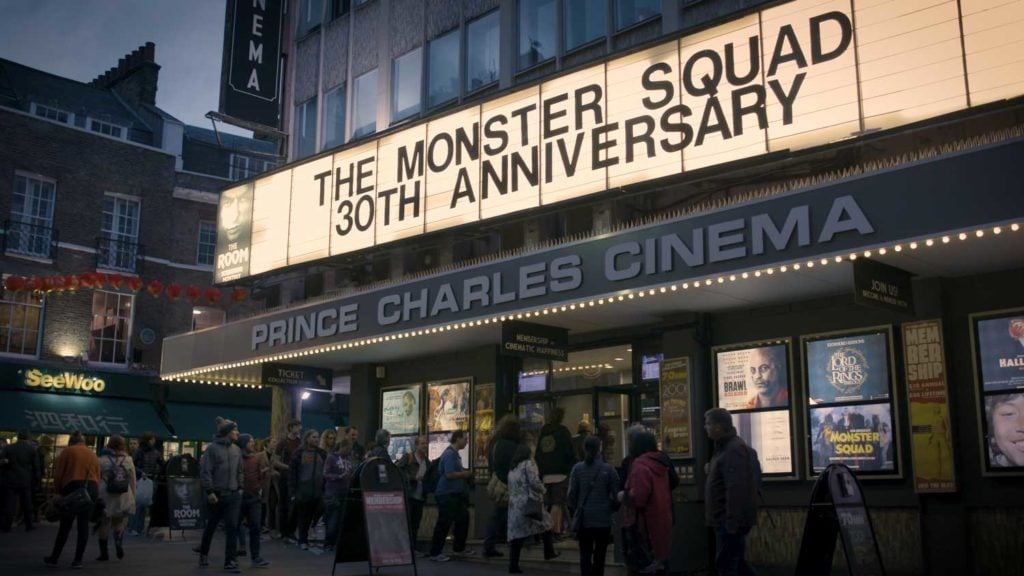 Despite being directed by The Monster Squad’s central child actor, Wolfman’s Got Nards is far from an indulgent exercise in narcissism or worse, a simple behind the scenes feature that would be best bundled with a DVD release of the film it chronicles. Instead, the documentary serves as an insightful and entertaining look at a devout following in which the fans come from all walks of life, from all around the world, with the only true common denominator being their enthusiasm and love of movies. It’s a true labor of love and documentary about what it means for a film to find its audience decades later and how cult films inspire audiences in ways that mainstream films can’t. It’s also one of the best movie documentaries in quite some time, and a testament to why The Monster Squad means so much for anyone who felt like an outcast growing up. More importantly, Wolfman’s Got Nards is a thank you to all the fans (myself included) for their support through the years. If anything, it will make a great double feature the next time you watch The Monster Squad.

The Themes Of Animal Liberation in ‘Chicken Run’