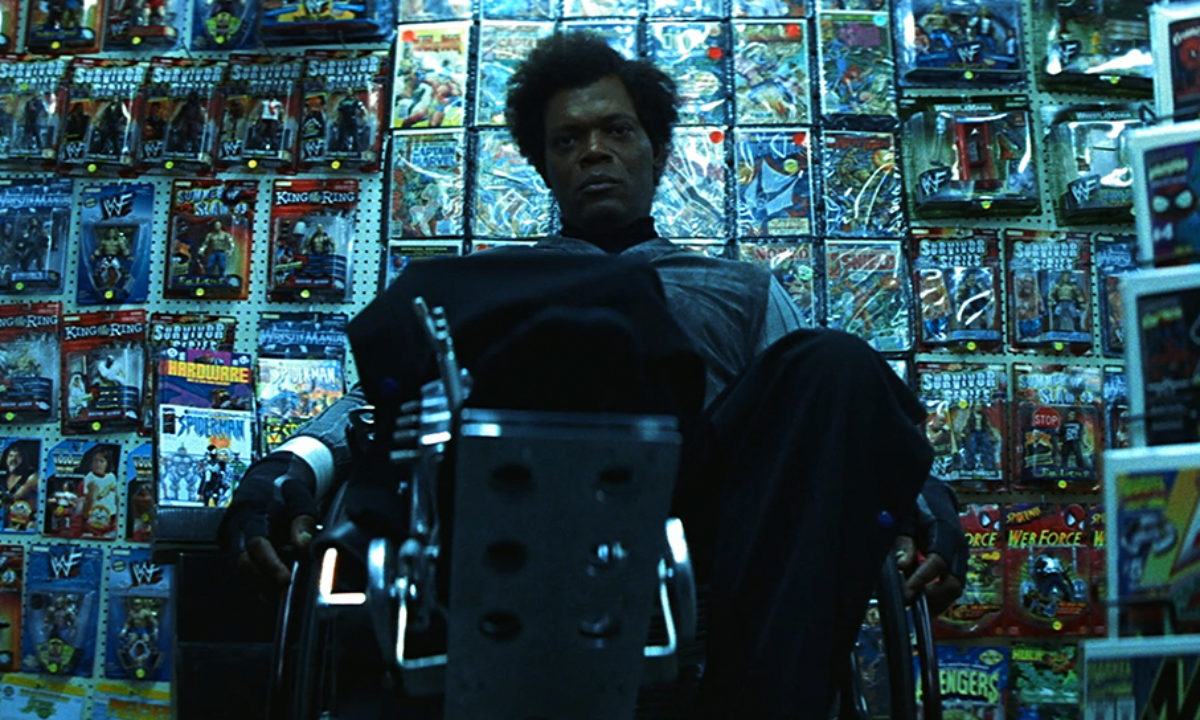 Split premiered late last month to both critical and financial success, and with that writer-director, M. Night Shyamalan seems to have made a rare comeback after a string of failures that included Lady in the Water, The Happening, The Last Airbender, and After Earth. So what’s next for Shyamalan? Well, word is that he’s already completed a story outline for an Unbreakable sequel, something he has shown a keen interest in doing ever since the release of the original, all the way back in 2000.

*SPOILERS FROM SPLIT BELOW*

Now, as anyone who has seen Split will no doubt know, there is a bit of a connection between the two films. It starts early on when psychologist Dr. Karen Fletcher (Betty Buckley) begins to theorize that Kevin Crumb (James McAvoy), who has 24 personalities living inside of him, maybe something of an evolutionary specimen or superhuman. She points out how one of his personalities is capable of incredible feats of strength, even though the others are not.

This makes it less surprising when, later in the film, the fabled 24th personality, known as “The Beast” finally emerges. As Kevin begins to act like an animal, displaying inhuman characteristics such as the ability to crawl on walls, the earlier hypothesis is proven to be true. While one of Kevin’s victims, Casey (Anya Taylor-Joy), is spared due to her “pure heart,” The Beast escapes, presumably to terrorize more hapless young girls.

However, in a stinger scene, Casey’s tale has become national news, as the hunt for a serial killer begins. The camera pans around a diner, where someone says that this reminds them of “that freak in the wheelchair from 15 years ago” before asking what they called him. Enter David Dunne (Bruce Willis), who is having his morning coffee. “Mr. Glass,” he answers.

Though Unbreakable is far from an undisputed classic, it does have a dedicated cult following and is among the most beloved of Shyamalan’s films. Now, with word from Shyamalan himself and the confirmation from pseudo-sequel Split, what will the upcoming Unbreakable/Split sequel look like?

Well, obviously Bruce Willis will be back as David Dunne, and James McAvoy will return to play Kevin Wendell Crumb/The Beast, but is Samuel L. Jackson returning to the role of Mr. Glass? All signs point to yes, going by the recent interviews with Shyamalan (see link above). Aside from being name-dropped at the end of Split, Samuel L. Jackson has long expressed an interest in coming back to play Mr. Glass, who was revealed to be the villain at the end of Unbreakable.

An isolated lunatic and closet terrorist, Elijah Price a.k.a. Mr. Glass was still able to make viewers feel some sympathy for him, even after it was revealed in the final scene of Unbreakable that he had begun not just monitoring disasters to prove his hypothesis about superhumans, but actively creating them. As his heart-breaking speech closes out the film, viewers are left conflicted as to how they see this monster of a man, transformed by a cruel ailment that causes his bones to break like glass.

Going, again, from the above link, it seems most likely that Mr. Glass will still be confined to an institution for the criminally insane. So what will his role in Unbreakable II be? Will he be a sort of Hannibal Lecter to David Dunne’s Will Graham, advising him on the mind of a super-criminal in exchange for company and a bit of mental chess? Or will he be actively working with The Beast, having descended into further madness from his years of imprisonment?

Another question is whether David’s wife (Robin Wright) and son (Spencer Treat Clark), both of whom figured heavily in the original film, will return as well. It would be particularly interesting to come back to the character of his son, the only other character aware of Dunne’s abilities, and how he has been affected by growing up with a superhuman father.

Though Shyamalan has stressed that it will not play out at all like a typical comic book movie (thank the cinematic gods for that), there will presumably be a final battle between the main characters of the previous two films. How it will all play out leading up to that remains to be seen.

Essential Viewing for Fans of ‘The Hunger Games’