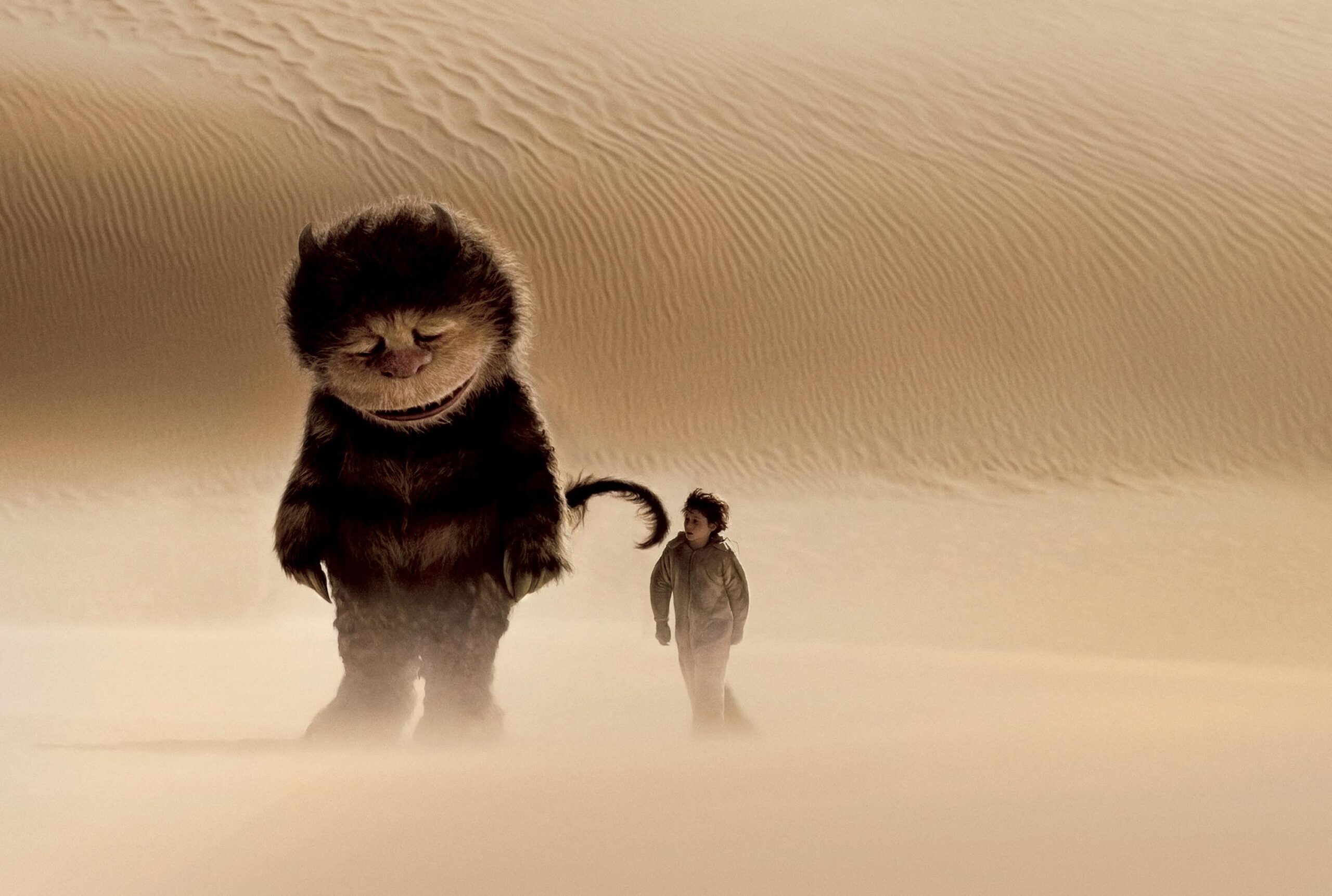 Maurice Sendak’s 1963 children’s classic Where the Wild Things Are contains exactly 10 sentences, 338 words of text, and 18 pictures. The book, which the author refers to as a ¨personal exorcism,¨ earned a Caldecott Medal, went on to touch millions of readers worldwide, was eventually ranked by Publishers Weekly as one of the 10 all-time best-selling books for children since the 1970s and served as the basis for an animated short, an opera, a ballet, a museum exhibit and now a major motion picture.

Spike Jonze’s heartfelt adaptation is as beautiful, heartbreaking, and ingenious as the original source material. Jonze creates an entire emotional and spiritual visual life which is as valid as the book. Giving it a modern cinematic voice, he manages to never take anything away from the story but rather he enhances and riches its text. Jonze makes the clever choice of making a film about childhood as appose to a children’s film. If his audience is children, he always pays respects to them by never talking down and never shies away from engaging them on an emotional level.

Spike Jonze’s heartfelt adaptation is as beautiful, heartbreaking, and ingenious as the original source material.

Assuming the structure of a fairy tale, the minimalist story centers on Max and his child innocence brushing up against the harsh reality of life. After he throws a tantrum in retaliation to his family’s perceived neglect, he launches himself outside and into a makeshift boat (in his wolf pajamas) heading towards a dreamland of untamed creatures who crown him as their like-minded king and help him act out all his rowdy, infantile impulses.

Spike Jonze and Dave Eggers manage to amplify such a simple story without falling into expository traps from the moment in the prologue at which the action is frozen (Max chasing his family dog) to the final scene reuniting the boy with his mother. The opening segment, which precedes Max’s escape into his imagination, not only efficiently provides us with an unobtrusive backstory, but will likely strike a chord of familiarity with most viewers. This part of the film is important in establishing the aspects of Max’s troubled personality, as well as to contrast the majority of the film taking place at the exotic land of the Wild Things. The movie’s plot may be minimal but to the bone, it’s more about changes to Max’s worldview than anything physical. The result is a work of, yes, staggering genius.

Shot in and around Melbourne, Australia, the film combines live-action, puppet work, animatronics, and CGI. The creature design (aided by Jim Henson’s Creature Shop) is an incredible feat of imagination – off-kilter and magical, but never cartoonish. What little CGI is used, is used to its full potential in giving the creatures a range of expression that makes then immediately sympathetic. Instead of being bombarded by computer-driven illusions, we’re allowed to suspend our disbelief and dive into the dream world of vasts deserts, sinister forests, and gigantic monsters. In lesser hands, we might have had a big-screen version of Fraggle Rock but instead, Jonze creates something entirely new, something intelligent, and more importantly that allows us to bring our own imaginations into play.

The only actor with significant screen time is relative newcomer Max Records, playing the incorrigible nine-year-old. Records’ greatest strength is his incredibly expressive face. His character can sometimes be sweet and endearing and other times angry and borderline psychotic. His tempers cause him to lash out in breaks of violence, but Records’ delivery on both Jekyll and Hyde is balanced.

The vocal casting is perfect with the likes of James Gandolfini, Lauren Ambrose, Paul Dano, Catherine O’Hara, Forest Whitaker, Chris Cooper, and Michael Berry Jr. Only Gandolfini’s voice as Carol is immediately recognizable. The central relationship on the island is between him and Max. Carol represents Max’s inner conflict, his need for friendship and unconditional love, and his destructive behavior. By coming to terms with Carol, Max sees himself in the monster and learns to understand himself and his selfish actions. Gandolfini’s performance is crucial to make the film work and his tremendous voice work strikes an uneasy balance of fear and empathy. Finally, the energetic, childlike songs by Karen O (of the Yeah Yeah Yeahs) complements the film nicely, aiding the pacing of the film but never smothering Burwell’s score.

This movie is nothing if not an embodiment of Jonze’s natural talent and unique style. It involves viewers of all ages on different levels and is one of the most visually interesting family pictures since The Wizard of Oz.

Vanishing On 7th Street is Hit and Miss