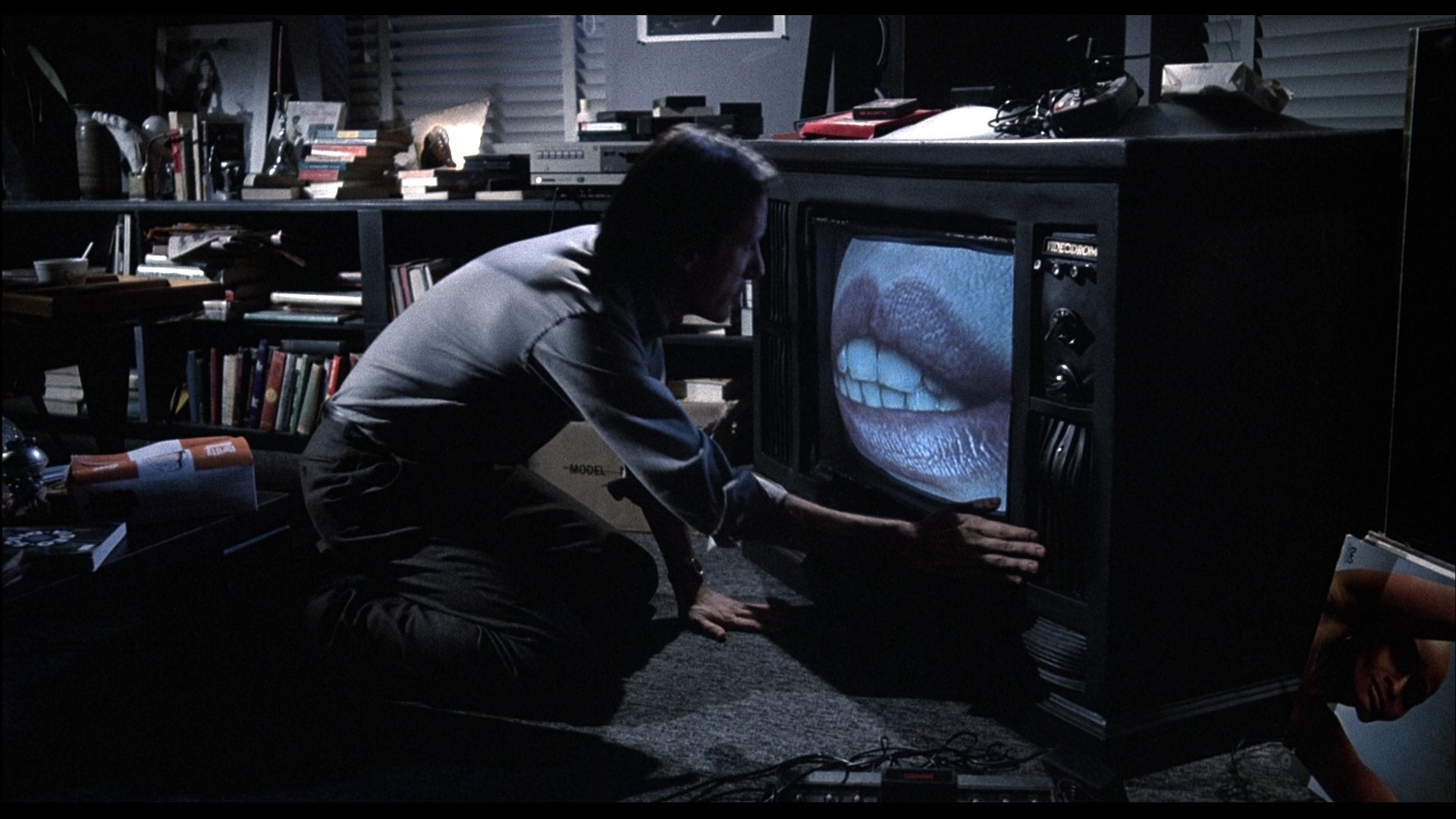 Videodrome. In this 1983-released vision from writer/director David Cronenberg, we see the mental backwaters of the human psyche and consumer media in the time of TV’s venereal rise and spread to power, played out as a personal struggle for the perfect victim/specimen.

Technological hardware made writhing, pulsating, sensual, and altogether veiny as a response to what the consumer had been feeding into it — like a kind of accumulation, and then manifestation of all the desires laid out (and played out) via it — is a concept that stands up in an almost realistic fashion within the world of Videodrome.

By 1983, the television had become an integral part of the human condition, an extension of easy-to-grab ideals and struggles accessible to almost everyone. It was as if though humanity had never been without it. In addition, the boom (and boon) of home video had given rise to sexploitation and porn of all dimensions, unholy by the standards of previous generations, all of it compiling together within the memory-space of television’s history. With the threat of those violent video games around the corner adding to that, allegedly turning the ordinary mild-mannered man into a blood-thirsty junkie for carnal desires, the lamenting over the loss of human decency was at a great peak.

Videodrome, perhaps above all things, sees this kind of history as a collective unconscious. All of what we, the consumer, put into the ether of video gave rise to a Golem now outside of our control — a life of its own, birthed through the seeds of the creators and consumers of the content.

The plot of the film revolves around a distributor and influencer of this kind of media, Max Renn (played by James Woods), CEO of a UHF station that peddles it all, and his slow descend into a maddening techno-supernatural conspiracy after his discovery of an illegal show called “Videodrome.”

Videodrome is the best introduction (as it presents itself to be the most accessible) to the workings of the mind of David Cronenberg. While some concepts within this film were more likely explored in better and in more concise detail in Cronenberg’s later works (like Crash and eXistenZ), I would recommend Videodrome as the perfect starting point — an easy dip of the toe into the pool of the cerebrum puss pooled over to one side of film history.

The film showcases a kind of horror that perhaps wouldn’t even be considered horror in this day and age, but it’s a kind of slow-burning twisting of the senses, of questioning the reality within which the players in the film reside that brings out a psychological horror. It’s not jump-scares or the usual slashing of throats, but rather the breaking apart of what was once known to be concrete mental ground, turning into a bog of static nightmares of the victim’s own creation. It’s this faceless otherworld brought to life — how within the realm of Videodrome’s story can be considered the failings of humankind — that acts as the main antagonist of the film. Unlike a scary monster hiding behind the corner, this cerebral creation (or maybe reincarnation of an ancient evil tempted out of hiding by the sinful attitudes of the time) is invited into our world, and unsuspectingly stands right in front of our faces.

Some 35 years later, the so-called prophetic visions of Videodrome have neither come true nor false, but they have perhaps branched out into their own niches of truths and falsehoods. Such ideas have been expanded upon in much of Cronenberg’s later films, but just like in Videodrome, their narratives only stand within their respective worlds.

Videodrome in no way comes off as preachy, warning human beings of some inevitable downfall at the hands of consumerism. Rather, it’s a reflection on the state of things from the fictional perspective of a filmmaker. Putting words into the film’s mouth in the form of some kind of moral would be inappropriate and defeat the purpose of a fictional tale born out of the consciousness of its era. The film is almost a period-piece in that sense. As such, Videodrome should be viewed with some cultural context stored in the back of one’s mind for optimal immersion.

Ultimately, however, to put it in simple terms, it’s a film that stands the test of time.

Sure, visually, some aspects have not aged as well as others, with certain practical effects born out of the technical limitations of its time, but on the same token, these limitations give the film the look and feel it has come to be known for, and what has made it an endearing “cult classic”. Once involved within the world of Videodrome, these few flaws become easily ignorable — and when not, become a part of the package.

By this point in time, I consider the film a modern horror classic, penetrating through and beyond the status of a lowly “cult classic.” In celebration of such a thing, I wouldn’t even dare not go against the very obvious temptation of ending this piece by saying “Long Live the New Flesh.”

75 Years Later: As Time Goes By, We’ll Always Have ‘Casablanca’ 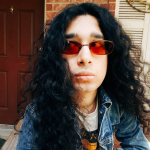