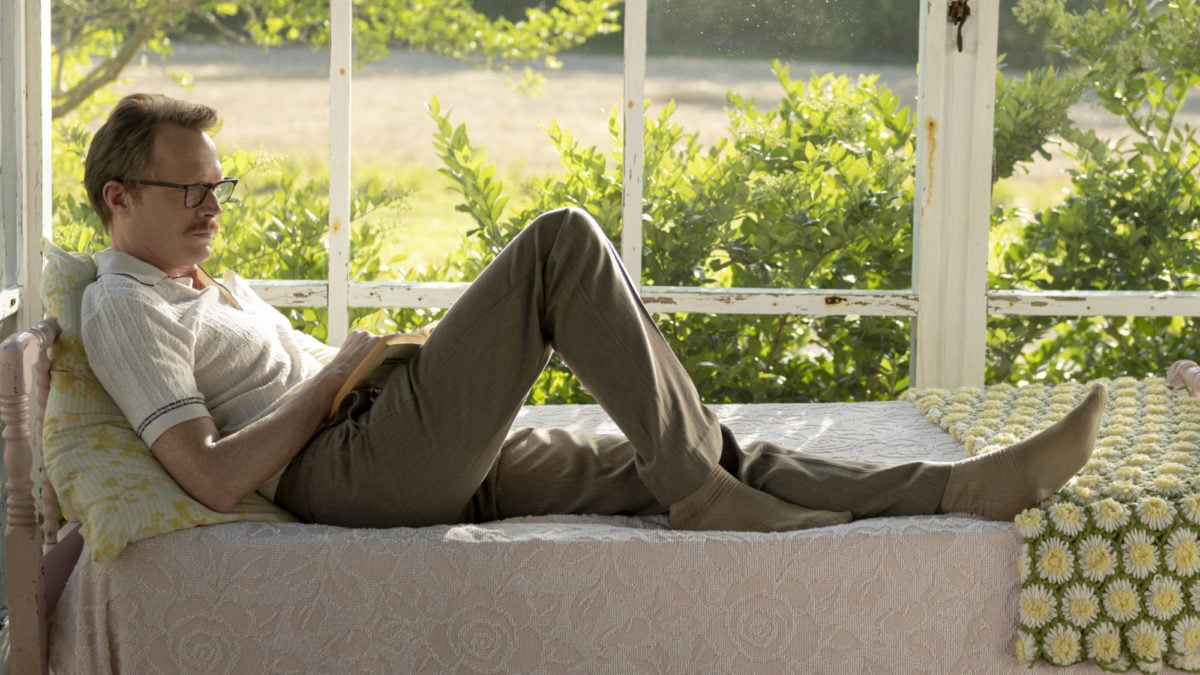 There’s something admirable about Alan Ball and the way he refuses to be either a consistently compelling filmmaker or an absolutely terrible one. He works at the extremes of taste and quality, sometimes to great effect, as with parts of American Beauty (which he wrote), the often sublime Six Feet Under, the first few seasons of True Blood, and his debut feature Towel Head. But he’s also the guy responsible for those absolutely terrible later seasons of True Blood, the swiftly canceled Here and Now, and all those bad parts of American Beauty. Unfortunately, his newest feature, Uncle Frank, winds up firmly in this latter category. It’s built around a great Paul Bettany performance, but that’s about all it has going for it.

The film is anchored by It’s Sophia Lillis, who plays Beth Bledsoe, a teenager growing up in the Deep South in the late 1960s who’s mainly interested in sex and literature. Everyone in her extended family is interested in the former (though they won’t admit it and shame anyone who does), while no one cares about the latter. Well, except for one person, her Uncle Frank (Bettany). A transplant living in New York City, he becomes a calming force in Beth’s life whenever he visits down south for holidays. He’s a respected English professor, and he offers his niece the gift of knowledge. Bettany plays Frank as sweet and caring, but his early scenes with Lillis are embarrassingly written. After asking if Beth has ever read Madame Bovary, he has a private conversation with her where he tells her to always use protection if she has sex and to call him first if she ever gets pregnant before talking to anyone else in the family. He’s trying to save her from their judgment, but it comes off more as if he’s grooming her for some kind of incestuous tryst.

Later, Frank’s character is clarified a bit: he’s gay, and he’s been living with his boyfriend Wally (Peter Macdissi, who’s also Ball’s partner) in New York for years, though he has their female roommate pretend to be his girlfriend when Beth’s family makes a rare visit. Once she’s ready to escape her stifling upbringing, she moves to New York to attend the same college he teaches at. Frank is the closest thing she has to a loving parental figure while she’s away, and she comes to learn more about him and his sexuality. When a family crisis sends them both back home, he’s forced to confront the parts of himself he’s kept hidden away from the world and those he cares about.

It’s in that confrontation where Ball’s tone seems so all over the place. Early in the film, Frank seems totally nonchalant about his sexuality. Being gay doesn’t seem to affect him in his daily life or impact how others treat him at all. As soon as he travels south, though, he’s constantly aware of the dangers he faces, both from the law and from vigilante citizens. He could be jailed for being gay, or beat up or even murdered by someone who didn’t like the way he carried himself. These are legitimate fears, yet the film’s fuzzy sense of history doesn’t quite make sense. After all, New York had anti-sodomy laws on the books throughout the ‘70s, so even with a more liberal culture, one was still technically at risk at any moment. Complicating his trip south is the fact that his boyfriend, who hails from Saudi Arabia, wants to join. Wally is quick to bring up the fact that gay people are executed in his home country, and he knows traveling south would put him and Frank at greater danger, yet he comes along anyway as if it would be a fun romp.

Bettany is utterly compelling as Frank, and his inner turmoil is gut-wrenching at times, but Ball’s screenplay vacillates so quickly between comedy and melodrama that the viewer gets whiplash. He can’t pass up the opportunity to make a good joke, nor the chance to try to extract a tear through utterly contrived drama. It doesn’t help that everyone besides Bettany is barely developed. The film is told from Beth’s perspective, but she’s mostly an empty vessel. Uncle Frank wants to be an uplifting, inspiring film, but it’s just a gloopy mess.

Impetigore Is a Pleasantly Bonkers Slice of Indonesian Horror