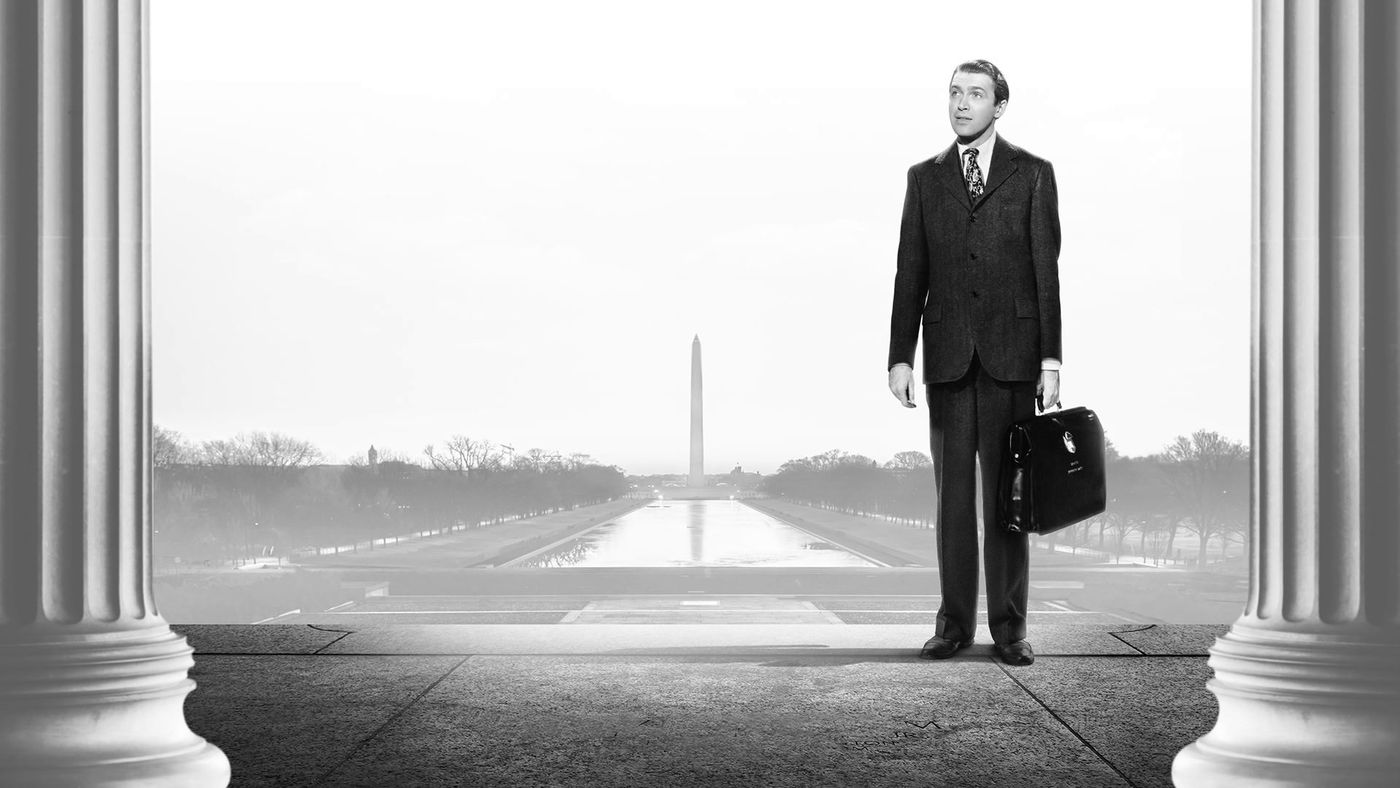 Election Day is just around the corner, and depending on your view of the current state of The Republic, you can look at that day in one of two ways:

It’s a national celebration of history’s greatest, most successful democracy, demonstrating our ability to freely choose our leadership and peacefully see the baton of power passed to the next man;

It’s a national embarrassment, history’s greatest, most successful democracy squandering its hard-won freedoms in a campaign for leadership poisoned by oversimplification, appeals to gut-level fears rather than the intellect, claims and charges plagued by inflation, distortion, and outright falsehood, and warped and distorted by the infusion of tens of millions of dollars from vested interests.

Either way, we still have to get through the day.

So, for those of you who just want to pull the shades and wait for the noise to die down, yet still feel part of the democratic process, here’s enough government fodder to get you through these times:

This is the granddaddy of American political films, and it’s wonderfully surprising — and simultaneously depressing – at how well this film holds up. James Stewart, in all his Jimmy aw-shucks Stewart glory – is a naïve young senator thrown into the lion’s den of the Senate. Maybe all the behind-closed-doors wheeling and dealing isn’t shocking news anymore, but it’s hard not to root for Stewart’s battered but unbowed idealism in the face of seamy reality. In a day where moneyed interests and inflexible ideologues on both sides of the aisle have brought government to a near standstill, a reminder of what this country is supposed to be about – rather than what it often seems to be – isn’t a bad thinghttp://www.popoptiq.com/wp-admin/post-new.php

Based on the book by Robert Woodward and Carl Bernstein.

This is the Mr. Hyde to Mr. Smith’s Dr. Jekyll. Over 40 years after the fact, it’s hard to remember how the Watergate scandal shattered Americans’ faith in government as a paranoid, ambitious president cast aside his inaugural vow to uphold and protect the Constitution in order to uphold and protect his place of power. Goldman deservedly one his second Oscar for wrestling Woodward/Bernstein’s dense, detailed journalistic account of the snowballing political disaster which brought about, for the first time in American history, a presidential resignation. Pakula musters together a masterful, mammoth cast and turns what could’ve/should’ve been a boring, static piece (the action climax? Robert Redford’s Woodward and Dustin Hoffman’s Bernstein…typing) into a master class in suspense.

It’s frightening how contemporary this dissection of a fictional California senatorial campaign remains current and on point. Its portrait of media hype, playing to the crowd, grubbing for funding all combining to compromise a young idealist’s (Redford again) attempt to make a positive impact is just as potent today as it was 40 years ago. That’s probably the most disturbing aspect of the movie; that we knew what was compromising the political process then, and don’t seem to have done much about it since.

Tynan could very well be taken as a sequel to The Candidate which ends as its dazed title character wins the election he’d planned on losing. Alda plays a young, newbie senator who now finds himself exposed to the backroom horse-trading and power-brokering that’s an everyday part of government. The question of the movie isn’t, Do you sell your soul to move ahead? It’s, How much of your soul do you think you can afford to sell, and still have something left to let you look in the mirror at night without throwing up?

Most agree this year’s The Campaign brought the laughs, but most also agree it did so by taking some fairly easy, not especially provocative shots. Analyst may be one of the most ruthless eviscerations of the American socio-cultural landscape to ever come out of a major studio. James Coburn is the eponymous analyst whose privileged knowledge of the Chief Executive’s private life becomes a prize wanted by, well, almost everyone, from foreign governments to the phone company. Audiences today might need to sit with their laptops set to Wikipedia to get all the period references (how many of you remember there used to be only one phone company?), but a smarter political comedy you won’t find.

Adapted from the novel by Fletcher Knebel and Charles W. Bailey II.

Smart, intelligent, adult drama about an attempted military coup – led by super-patriotic general Burt Lancaster – to overthrow the government of the United States led by president Frederic March. Kirk Douglas – in his fifth (and the best) of the seven movies he made with his buddy Lancaster – is the conscientious military officer who exposes the conspiracy. What still remains disturbing about this flick is how much the movie’s right v. left antagonism echoes today’s Tea Party v. The Left yowling.

7:The Missiles of October (1974). Directed by Anthony Page. Written by Stanley R. Greenberg. Based on the book by Robert F. Kennedy.

Made as a three-part video production for network TV, Missiles is the docudrama account of the closest this country has come to nuclear war in the defining event of the Kennedy presidency. Smart, nuanced, gripping, you can’t help but ask, by the end, “Who the hell would ever want to be president?”

Made as a three-part video production for network TV, Missiles is the docudrama account of the closest this country has come to nuclear war in the defining event of the Kennedy presidency. Smart, nuanced, gripping, you can’t help but ask, by the end, “Who the hell would ever want to be president?”

Frankenheimer returns to his TV roots with this pungent true-life, made-for-HBO drama which follows, step-by-step, Lyndon Johnson’s disastrous series of decisions which embroiled the U.S. deeper and deeper into the sanguinary mess of Vietnam. Johnson emerges not as the cold-hearted villain so many anti-war protestors of the 60s thought him to be, but as a monumentally tragic – if misguided – figure who did wrong by trying to do right. Missiles showed a flawed president at his best; Path shows a flawed president giving in to his flaws. A perfect, and ultimately melancholic illustration of, The road to hell is paved with good intentions.

Cliff Robertson is a slimy, no punches-pulled contender vying for his party’s presidential nomination against Henry Fonda’s Mr. Nice Guy. Vidal admitted he’d based Robertson’s character on Richard Nixon, and Fonda’s on lefty intellectual Adlai Stevenson, but it’s hard to think of a presidential contest that hasn’t had at least two contestants of similar ilks. As one might expect of Vidal, it’s a sharp, vital drama that, sadly, hasn’t lost a step in the decades since.

Written and directed by Rod Lurie.

Calling this Lurie’s best film is not exactly setting a high bar, but this is the only time Lurie came close to matching his ambitions. Jeff Bridges is a wily Chief Exec who needs a replacement vice president and has decided to make his mark in history by picking a woman (Joan Allen). But right-wing ideologue Gary Oldman will have none of it, and, over the course of the hearings to determine Allen’s suitability, the mud-slinging and dirty fighting is relentless. Up until the movie unravels in its last minutes, this is a contemporary rarity: a sharp-edged, well-played piece of modern-day political drama.

Directed by Robert Aldrich. Written by Ronald M. Cohen and Edward Huebsch. Based on the novel Viper Three by Walter Wager.

Burt Lancaster plays a disaffected Air Force general threatening to launch nuclear missiles at Russia if president Charles Durning doesn’t release a secret document explaining the Machiavellian decision-making behind the country’s involvement in Vietnam. Part conspiracy thriller, part nuclear thriller, part history, and political science lesson, the parts don’t always integrate smoothly, but it is one of the most frank approaches not only to Vietnam but the whole Cold War mindset in mainstream movies. It also touches on an oft-forgot aspect of the presidency; that each president inherits the sins (and their consequences) of the men who held the office before him. The buck stops with the last guy in the leather chair.

Directed by Otto Preminger. Written by Wendell Mayes. Based on the novel by Allen Drury.

No one ever accused Preminger of being a director with a soft touch, and much of Advise is overwrought and over-the-top, particularly its frightfully dated depiction of homosexuality and the gay community. Still, if you can wince your way through those passages, there’s a colorful ensemble cast (Walter Pidgeon, Henry Fonda, George Grizzard, Lew Ayers, Franchot Tone, Charles Laughton, just to name a few) that gives one of the few, full portraits of the workings of the congressional machine, both at its best…and worst.

Share
Tweet
Reddit
Share
Email
WhatsApp
Pin
More
23 Shares
In this article:Advise & Consent, All the President’s Men, Mr. Smith Goes to Washington, Path to War, Seven Days in May, The Best Man, The Candidate, The Contender, The President’s Analyst, The Seduction of Joe Tynan, Twilight’s Last Gleaming
Up Next:

Poissonsexe is Often an Uncomfortable Watch