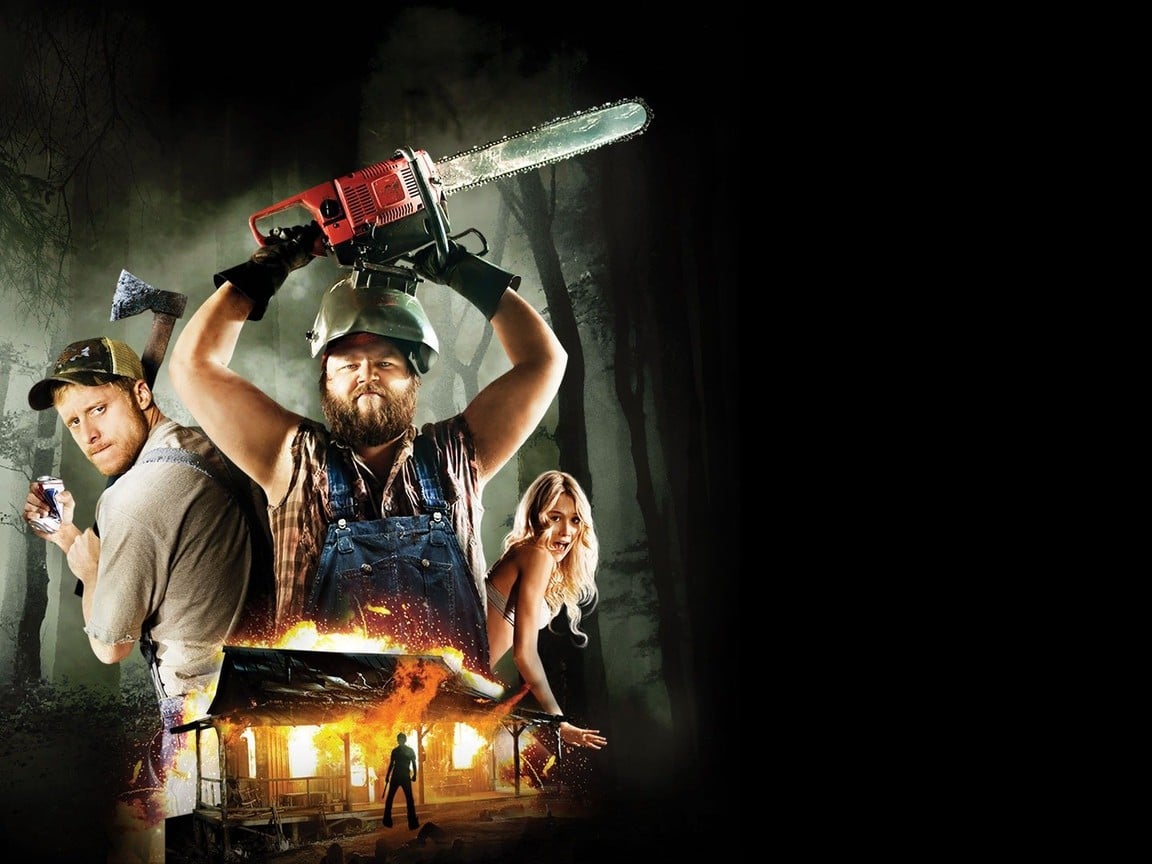 Over the years, Canadian film and television have gotten a reputation for being something that leaves a lot to be desired. It’s often depicted as low-budget productions with mediocre acting, and a film grain to make you cringe. Except more and more, outstanding Canadian cinema is making headlines in Hollywood for being cutting edge, artistic, meaningful, not to mention downright funny. From the classic Quebec film C.R.A.Z.Y., the franco-anglo production Bon Cop Bad Cop to The Apprenticeship of Duddy Kravitz, Canadian films are more than just bad film stereotypes; they’re innovative, imaginative, and a joy to watch.

And that goes for their genre cinema too.

This week in the world of Canadian film, for our 31 days of Horror marathon, we look at Eli Craig’s 2010 horror-comedy flick Tucker and Dale vs. Evil. The story follows a group of college kids heading to the backwoods of the Appalachian Mountains of West Virginia to go camping, while two proclaimed hillbillies have taken the weekend off to go fix up their newly purchased vacation home. Then an almost Shakespearean case of mistaken identity and miscommunication ensues, and it’s bloody fun for all.

Craig and Jurgenson’s screenplay is ingenious and delightful to watch in action. The dialogue is honest and believable, the well-placed and perfectly timed jokes made only more hilarious by the death surrounding every one-liner. The piece makes you question yourself, and your sense of humour, as you laugh at the untimely deaths along with Tucker and Dale’s unfortunate adventure. They blend horror and comedy seamlessly while playing with your expectations of a conventional slasher film.

The props, costumes, and nuances help make the movie what it is. From Dale’s trucker hat with “Giv’ er” written across the front, the pouring of Pabst Blue Ribbon on Tucker’s face after an incredible moment involving a bunch of bees and a chainsaw, to the use of an inhaler, everything is perfectly timed in Tucker and Dale vs. Evil.

And let’s not overlook the stellar performances of the actor. Tyler Labine’s portrayal as the teddy bear Dale, and Firefly’s Alan Tudyk’s dry as a bone and utterly sarcastic role as Tucker is enough to crack a smile on the stoniest of faces. The chemistry between the actors, including Jesse Moss who plays the film’s antagonist Chad, and Katrina Bowden as Allison, is phenomenal.

Perhaps the film’s only flaw is that it’s too short. Although it runs for roughly an hour and a half, the movie is so good that you don’t want it to end. At the very least, it makes you hope for a sequel that will be just as funny, even though we all know a sequel is never as good as the first film.

If you get a chance, make sure to check out Tucker and Dale vs. Evil. While it might not scare your pants off, you’re bound to bust a gut and question your sense of humour as you laugh at the film’s comedic genius and unexpected body count.

And really, what more can you ask for?

Most Memorable Women Vs. the Devil Faceoffs in Movies

‘Antiviral’ will Give You a Good Scare