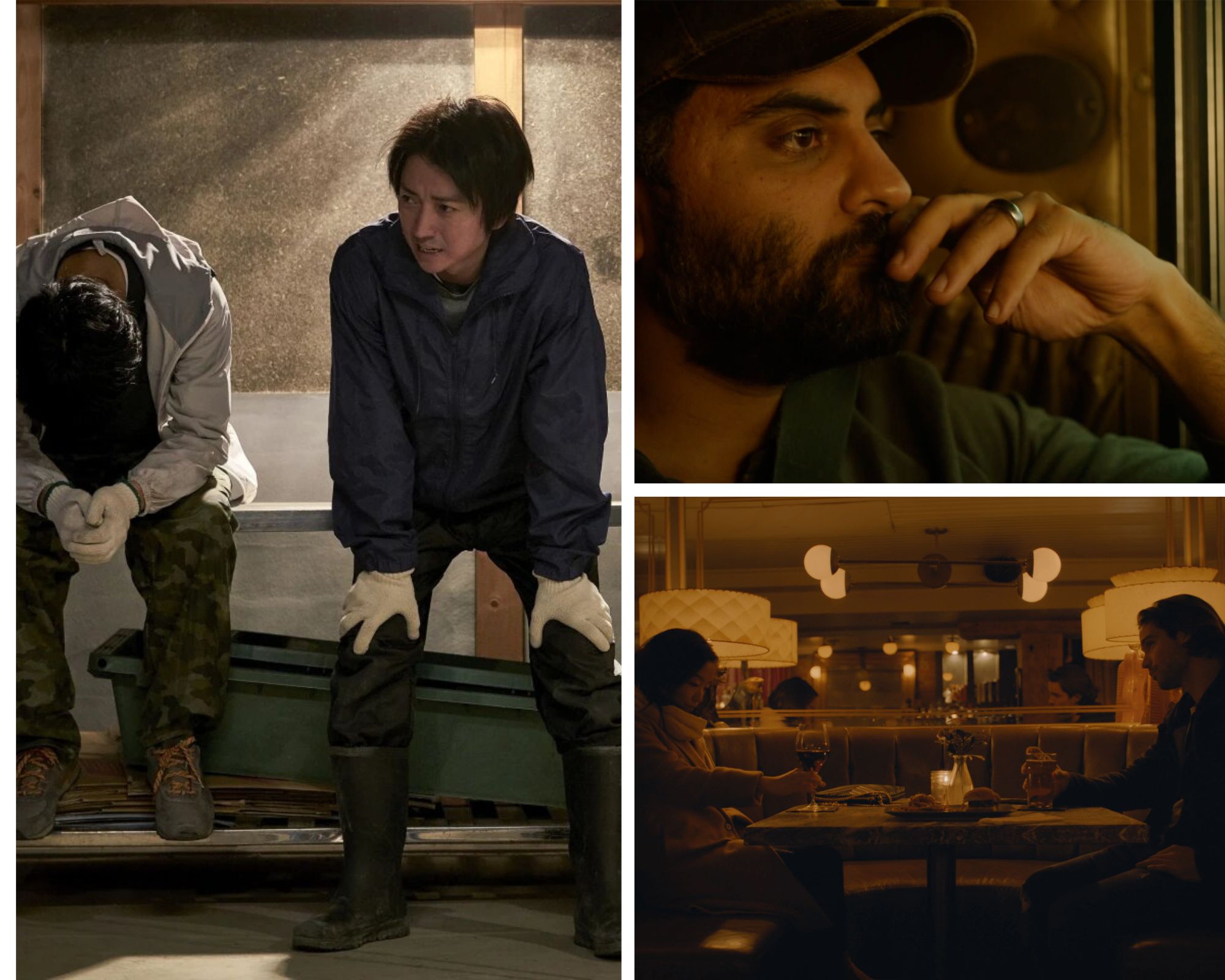 For the last two years, the only way for cinephiles, budding and seasoned alike, to experience the Toronto Reel Asian Film Festival was from home, on the small screen. The post-pandemic, 26th edition finally brings audiences, filmmakers, and the community at large back to theatres, in a celebration of independent cinema made by some of the most daring, interesting, and moving Asian filmmakers of this generation. Featuring films from all over the continent and then some, the festival offers a diverse range of stories that meaningfully touch on the topics and issues that pervade the Asian experience— both for those still in their homelands and in their new countries as immigrants or as first-generation progeny.

I was able to view a total of eight features at the festival that all surprised, delighted, and inspired hope in their own ways. As always, the festival is a bastion for aspiring filmmakers, flush with great debuts from possibly stellar, ground-breaking new voices in cinema. This first trio of films is emblematic of the innate riches at the heart of the festival, as they’re experiences that, while rough around the edges, offer unique glimpses into communities and individuals that have long been kept at the alcoves of filmic storytelling

Land of Gold, Nardeep Khurmi’s feature debut, is a film that connects deeply with my own roots as a first-generation Punjabi-Canadian. Much like the protagonist of the film, Kiran (played by Khurmi himself), my father is a truck driver who dedicates a large portion of his time, and ultimate existence, to his taxing occupation, sacrificing moments that otherwise could have been meaningfully spent, enjoyed, and cherished with family. Kiran, like my eldest sister, also had to bear the brunt of familial strife and hardship to shelter his youngest brother from the worst it had to offer. As such, Kiran is the walking personification of regret, shifting from delivery to delivery, ruminating on what could have been and the worst of what is yet to come.

On the precipice of fatherhood, he embarks on one last work trip to loosen the suffocating grip of questions relating to family and responsibility. Yet, what should have been a relaxing trip is made anything but when he discovers an undocumented girl, Elena (Caroline Valencia), inside his truck’s shipping container. What ensues, is a cross-country road trip in search of her family, as they bond over their cultural differences and what it means to live in “white America”.

Yet, for all the ways in which this film succeeds on a personal level, exploring cultural cross-sections and nuances, it never reaches its full potential, ultimately failing to rise above being an interesting addition to the American road-trip canon. What thwarts its ambition of being much more, is its slapdash approach to performance and cinematography.

While Khurmi aims for raw intimacy, the camerawork is mired in suffocating close-ups that distract and fail to take advantage of the beautiful American vistas it traverses. What results, is a visually generic experience that neglects to take advantage of the medium, failing to give force and life to its exploration of the immigrant experience. Moreover, the performances here range from naturalistic to cliched, with Riti Sachdeva employing an exaggerated accent as Kiran’s mother that repeatedly impedes the film’s attempts at honesty and authenticity.

Though Khurmi, Valencia, and Pallavi Sastry bring forward satisfactory turns, they are, at times, hampered by banal dialogue. The father-daughter parallels between Kiran and Elena build up to obvious lines like “I’m not your dad and you’re sure as hell, not my daughter”.  Couple this with manufactured drama during the conclusion and you get an experience that underwhelms just as much as it charms.

Nevertheless, Khrumi’s debut mostly succeeds due to the heart imbued in its exploration of the first-generation immigrant experience and its insistence on cultural nuance. It’s a promising debut if anything else, and a win solely for its poignant showcase of a prominent community rarely given the limelight.

The “meet cute” is one of those impenetrable, tried-and-true sub-genres that personify the whole “people come into your life for a reason” viewpoint. It’s one that is both uplifting and tinged with sadness, as many times the “right” person comes to you at the “wrong” time. It’s a genre that can either depict this duality very powerfully, stretching time to create a fleeting utopia of contemplative conversation (take the masterful Before Trilogy or the enchanting Lost in Translation), or ham-fistedly, drowning a promising concept in stilted dialogue and performance (as seen in the ironically awful Meet Cute).

Renuka Jeyapalan’s Stay the Night is fortunately another entry in the tradition of the former. Creating space both visually and metaphorically, she allows a natural chemistry between the two leads to blossom and emotionally resonate throughout its brisk ninety-minute runtime. Moreover, the film is not only a loveable rom-com but a warm ode to the city of Toronto itself, glistening off its bustling nightlife and empty alleys with an intimate fervor.

Andrea Bang (of Kim’s Convenience fame) stars as the timid Grace, who after being passed up for a major promotion, tries to break out of her social shell with a one-night stand. Her partner-in-crime, Carter Stone (Joe Scarpellino), is an NHL-er on a downward turn after being put on waivers the same night. After an awkward attempt at a hook-up, the two wander the snow-covered streets of Toronto, hopping from bar to skating rink to high-rise office, slowly finding common ground and a deeper connection.

While boasting stellar, wholly earnest performances from Bang and Scarpellino, the keys to this film’s success are the subtly great cinematography and the wittily intimate dialogue. There is a palpable and forceful silence to film, latching on to the auditory makeup of each location to create an experience that is at once melancholic and hopeful. When there is music, it’s often a natural product of the environment.

Jeyapalan, along with cinematographer Conor Fisher, imbues the film with purposeful negative space, drawing us closer to the characters’ plights, cementing a raw immediacy that cathartically underpins the film’s emotional core. The authentic and probing dialogue only serves to heighten this effect, with the vibrant, layered conversations harkening back to the best of the genre while being entirely its own thing — boasting one of the greatest analogies for sex in recent memory.

While, at times, the film drifts away from what makes it so strong by incorporating tired musical stings and some archetypal supporting characters that take focus away from the leads, it never dampens its indelible warmth, relatability, and authenticity. It probes its characters meaningfully, creating a romance that lingers long after the credits roll.

Ryūichi Hiroki’s Noise is among the upper echelon of films I saw at the festival, spinning one of the greatest webs of deceit and pathos in recent memory, making a strong case for East Asia as the new Mecca for the suspense thriller.

Its utterly sublime, slow-burn of an opening act, relishes the dominos it sets up, engrossing us with its confident wides and excruciating tracking shots to cement an austere observational quality with which it gutturally probes its characters.

Set on the remote island of Shishikari, off the mainland of Japan, Keita (Tatsuya Fujiwara) runs a flourishing fig business that will finally bring economic stability to the community— given it lands a significant government grant. For all intents and purposes, he is the hero, hope, and ultimate face of this close-knit community.

However, the arrival of an ex-convict threatens everything he has worked for, as he soon finds his daughter missing. In pursuit of the suspect, Keita and his friends find themselves mired in misfortune and a bevy of unwanted bodies.  To protect the island’s interest, Keita’s friends, a hunter (Kenichi Matsuyama) and a rookie police officer (Ryūnosuke Kamiki), agree to hide them, not knowing the ultimate toll this mounting hill deception will take on them.

Hiroki not only masterfully constructs a tangled network of betrayal, intrigue, and suspense but utilizes it to meditate on the nature of friendship, envy, and the greater good, touching on what it means to be intrinsically linked to a place that personifies every essence of existence. He methodically doles out crumbs of the story, allowing us to come to stark realizations just moments before the battered and bruised characters do.

The euphoric catharsis speaks to Hiroki’s mastery of dramatic irony, as the seamlessly interwoven flashbacks further reinforce this tale’s staying power. It’s easy to forget this film is a manga adaptation, as the confidence with which it is rendered takes full advantage of the medium. While the narrative stumbles out of the gate, with a reveal that slightly undermines what came before it, it does little to dull its piercing impact.

Darkest Before the Dawn: Die Another Day at 20