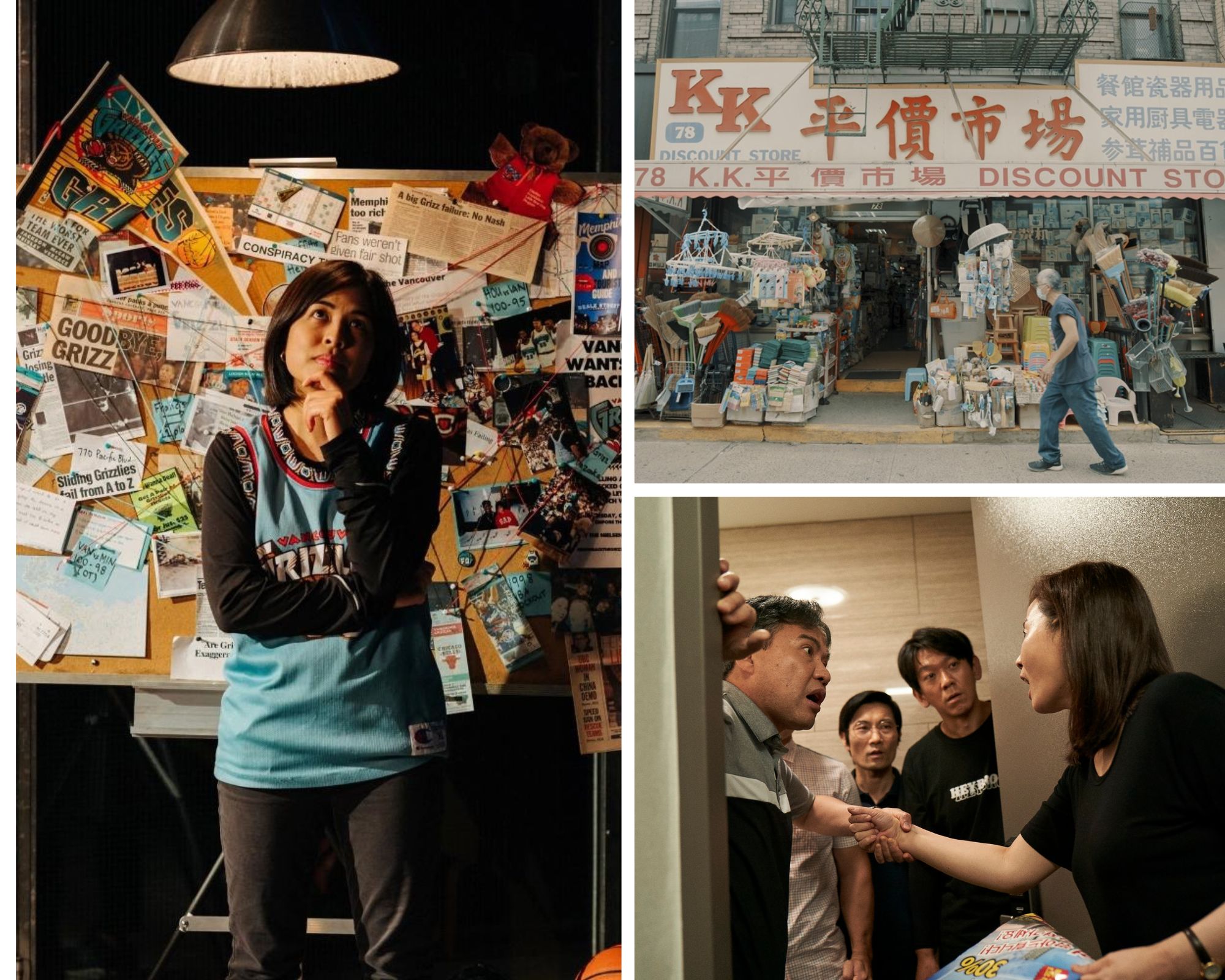 The Toronto Reel Asian Film Festival was also home to a bevy of stellar documentaries that provided elegant, passionate, and forceful examinations on a wide array of topics, ranging from niche passion projects to detailed commentary on systemic issues. While not all the documentaries at the festival were earth-shattering in approach and subject matter, they were emblematic of the unique lens with which new, radiant voices view the world.

The festival brought not only great non-fiction but also fiction that bluntly observed reality. This final dispatch looks at two documentaries and one austere Korean feature.

Renowned Vancouver Grizzlies superfan and documentarian, Kat Jayme, follows up her breakthrough Finding Big Country, with another, deeper look at why this franchise went defunct. The Grizzly Truth taps into the heartbreak, anguish, and innate longing for answers that many Vancouver Grizzlies fans rightly have, as the passion for this departed franchise still means everything to both Jayme and her ragtag group of diehards, even 20 years after its relocation to Memphis.

Jayme approaches this investigation with both brains and brawn, acknowledging her own biases to unearth answers that probe both the mind and heart, broaching facts with detached objectivity while still retaining a charming intimacy. She seamlessly transitions from her own intrinsic love of the franchise to bracing facts with a seamless flair, creating a vibrant and utterly jubilant look at a sports fan’s ultimate nightmare.

Likening the team’s relocation to a vital missing piece in her life, Jayme spares no effort in navigating the web of misfortune, mismanagement, and maligned reputations that led to the team’s ultimate downfall, all the while tying the history of the sport and her own cultural roots to movingly reiterate why this investigation means so much to her.

Although slightly over-edited and over-polished, the effective transitions glean a tremendous amount from the strong caliber of perspectives. Extracting information from athletes, insiders, and fans alike, the experience becomes one that is equally informative as it is engrossing.

As Jayme reckons with the team’s avoidable relocation, her journey transitions from one of reclamation, to one of acceptance and understanding, as her innate hatred of the Memphis Grizzlies is supplanted by an appreciation of that team’s equally fervent fanbase. It’s a surprisingly uplifting sports documentary that never fails to make its niche subject matter universally affecting.

With the subject of her childhood team’s demise thoroughly investigated, it will be interesting to see where Jayme trains her lens next, hopefully aiming for uncharted territory with an equally infectious fervor.

Though the title is a play on John Carpenter’s cult classic, Big Trouble in Little China, Karen Cho’s sweeping, poignant examination of North America’s Chinatowns and their encroaching decimation is no laughing matter, although that’s not to say it doesn’t relish moments of both humour and warmth.

Cho’s wide scope navigates Chinatowns in New York, Vancouver, Montreal, Toronto, and San Francisco to highlight the lasting footprint of displacement, gentrification, and resistance that has come to characterize these communities. Both with a historical and modern socio-political eye, she thoroughly pieces together a connective tissue between mid- 20th-century urban renewal projects that carved away huge portions of the neighbourhood and current development pressures that threaten to drive away the vestiges of these historic communities — all the while touching on the ramifications of the Covid-19 pandemic.

Gorgeously shot and imbued with profound traces of lyricism and melancholia, Cho forgoes the typical interview setup for something more introspective and revealing, à la Fredrick Wiseman. While still conducting interviews with business owners, community groups, and academics, they are framed and introduced in a manner that points to these stores, staples, and symbols as living, breathing organisms. Through an inclusive approach, Cho ruminates and broaches the complexities of staying embedded in a place that, despite crippling resistance, has become a home regardless.

Rarely has the melancholic beauty of empty dining rooms, businesses, and alleyways been captured with such intricacy and intimacy, lingering on the slow but assured movements of the communities’ aging members, as they both succumb and persevere against the immovable, unfeeling tide of modernity. It’s in these moments of quiet reflection, contemplation, and discourse that the extent of this film’s power can be felt most. When Cho leans on convention with more formulaic, melodramatic musical stings and infographics, which play on emotions rather than earning them, the film’s luster begins to dull.

Though despite its slight missteps, Cho’s examination of poetic perseverance humbles, charms, and provokes in equal measure, proving that Chinese North American history is inseparable from the history of North America itself.

Ka Sung-moon’s Dream Palace not only boasted the single greatest lead performance of the festival, in Kim Sun-young, but was the only feature whose ultimate success, resonance, and power hinged on that central performance’s bravura. This isn’t to say that the film isn’t skillful in its execution outside of her, but its laurels rest immensely on her nuanced, poignant turn as a woman eaten alive by an unflinchingly heartless system, and the various other victims it leaves little choice but to be equally callous.

Sung-moon presents a grim, “victim eat victim” world where it’s virtually impossible to move on with your life after an immeasurable loss. After having lost her husband to an industrial accident, Hye-jeong (Sun-young) leaves a protest group of dedicated families after taking a settlement. Her new apartment provides no respite, as it leaves her and her son without any usable water. Any attempts to get it fixed and make it public are thwarted by her new neighbours, for fear of their real estate being devalued. Beyond being ostracized for accepting the settlement money, she now must stand up against the residents and the uncaring corporation that continues to perpetuate such social ills.

What could have been an unkempt frolic in misery is made anything but, as Sung-moon’s sharp socio-political eye imbues the film’s tragically comic arc with both heart and tenacity. Shot in confident, economic wides with an almost eerie silence, it becomes easy to engross yourself in this woman’s plight, especially when her fragile world comes brutally crashing around her.

In the vein of Hirokazu Koreeda, the film is brimming with subtle, sweltering pathos that renders its family drama incredibly potent. For two-thirds, the film meaningfully earns its emotional jabs, avoiding melodrama in its exploration of the fine line between grief and guilt. It forcefully burrows the depth of these characters’ insecurities and longing for a past that no longer is.

Yet, the disappointing third act fails to build on all that it skillfully mined, easing too far into a lulling stream that unexpectedly culminates in a garish finale. All the subtle intricacies are compromised for a bland, clean-cut conclusion that leaves no room for contemplation. It’s an effort that had profundity in its clutches, only for it to slip through. nonetheless, the strong caliber of acting talent keeps the film just shy of losing complete steam.

The Crying Game at 30: A Thought-Provoking Meditation on War and Gender