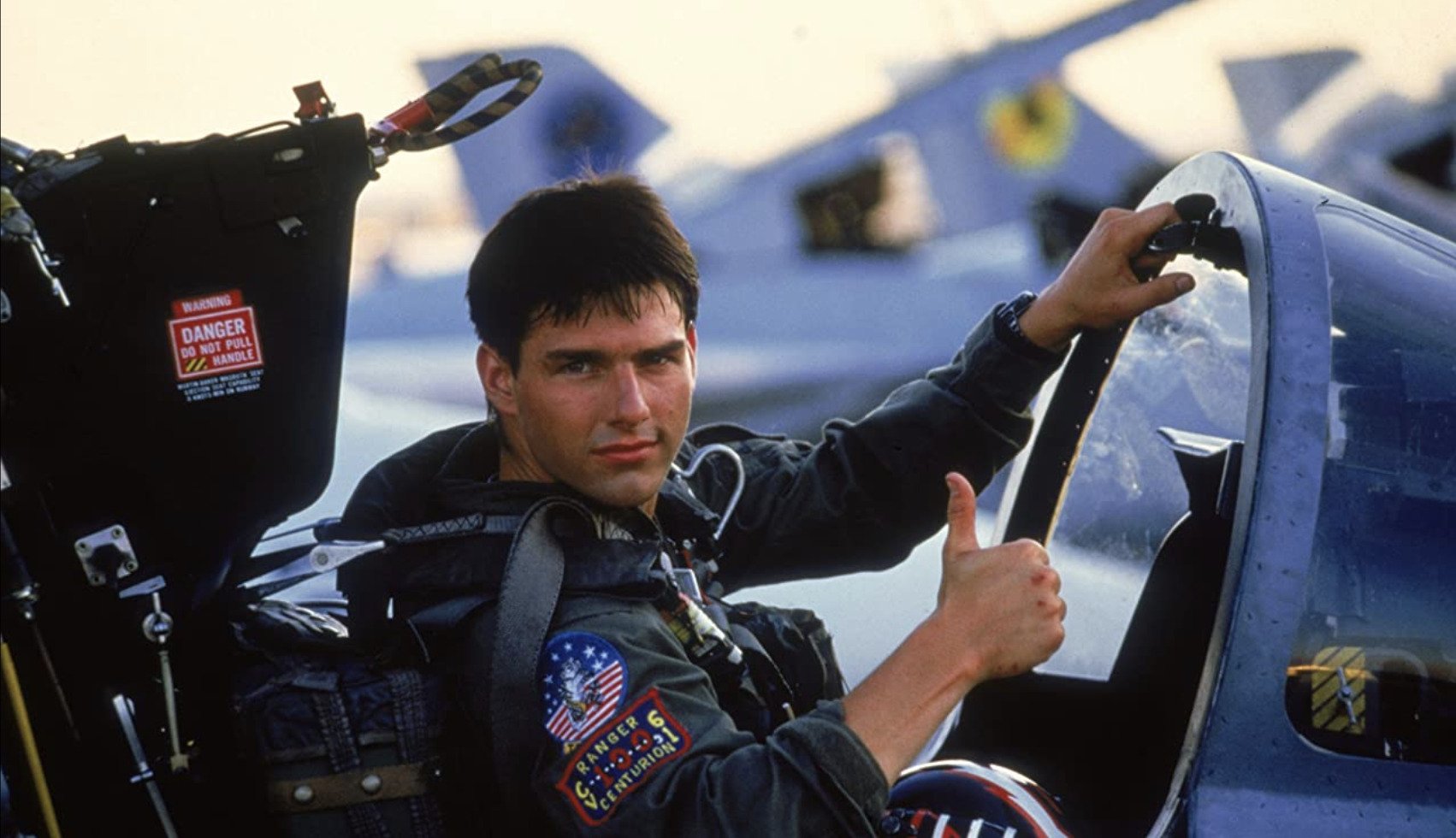 Top Gun, which came out in May of 1986 and turns 35 years old this week, was not only a superlative action film, a fine movie star showcase for Tom Cruise, and one of the better films from Tony Scott. Top Gun is one of the most influential and important movies of its era.

Scott’s film was probably the quintessential movie from the producing team of Don Simpson and Jerry Bruckheimer, purveyors of testosterone-inflected action filmmaking. Lots of flag-waving, male-on-male tension, beach volleyball, and muscled male torsos, in an era marked by Ronald Reagan and Hulk Hogan. Paramount was at the forefront of The New Hollywood a decade earlier, including a lot of movies that questioned the Vietnam War, but by ’86 the same studio was bringing out this Reagan-era celebration of military and machismo.

Cruise, who was in his late 20s at the time, stars in the film as Pete “Maverick” Mitchell, a cocky fighter pilot, prone to wild risks. He’s a man who, like most Cruise characters in that era, was the son of a great man. Sent along with his sidekick Goose (Anthony Edwards) to the prestigious TOPGUN fighter weapons school, Maverick clashes with the bosses and rival Iceman (Val Kilmer), while eventually being proven right; he also romances Charlie (Kelly McGillis), a civilian instructor.

The dogfight sequences, apparently set in an alternate universe in which the U.S. was at war with a mysterious foe in 1986, were well-mounted, leading up to the tragic death of Goose, and the triumphant conclusion. While Harold Faltermeyer’s synthy score was very typical of that time period, the film had better musical moments, including Kenny Loggins’ great theme song “Danger Zone,” the Oscar-winning Berlin song “Take My Breath Away,” and Cruise serenading McGillis in a bar with “You’ve Lost That Loving Feeling.”

Yes, we’ve all heard Quentin Tarantino’s famous monologue in 1994’s Sleep With Me, in which QT’s party guest gives a long speech – having nothing to do with anything else in the movie – arguing that Top Gun is really about Maverick coming to terms with his own homosexuality. Funny as the monologue was, it was far from the first time it had been noticed that Simpson and Bruckheimer were appropriating touchstones of gay culture for the mainstream.

If you’re looking to do an anniversary rewatch, you’ll have plenty of options. In addition to the arrival of a new 4K Blu-ray, Top Gun is now streaming on Showtime and is actually returning to theaters this weekend to celebrate the anniversary. And yes, a sequel called Top Gun: Maverick, featuring a now-58-year-old Cruise mentoring Goose’s son (Miles Teller) is finally headed to theaters in November, following multiple COVID-related delays.

It’s strange that only ten years passed between Top Gun and the first Mission: Impossible because that felt like a lifetime. While it’s still enjoyable to this day, Top Gun is very much a film of 1986, and it will be fascinating to see how the Simpson/Bruckheimer sensibility translates to a film in 2021, with the Cold War over, Don Simpson long dead, and Bruckheimer just one of four producers.