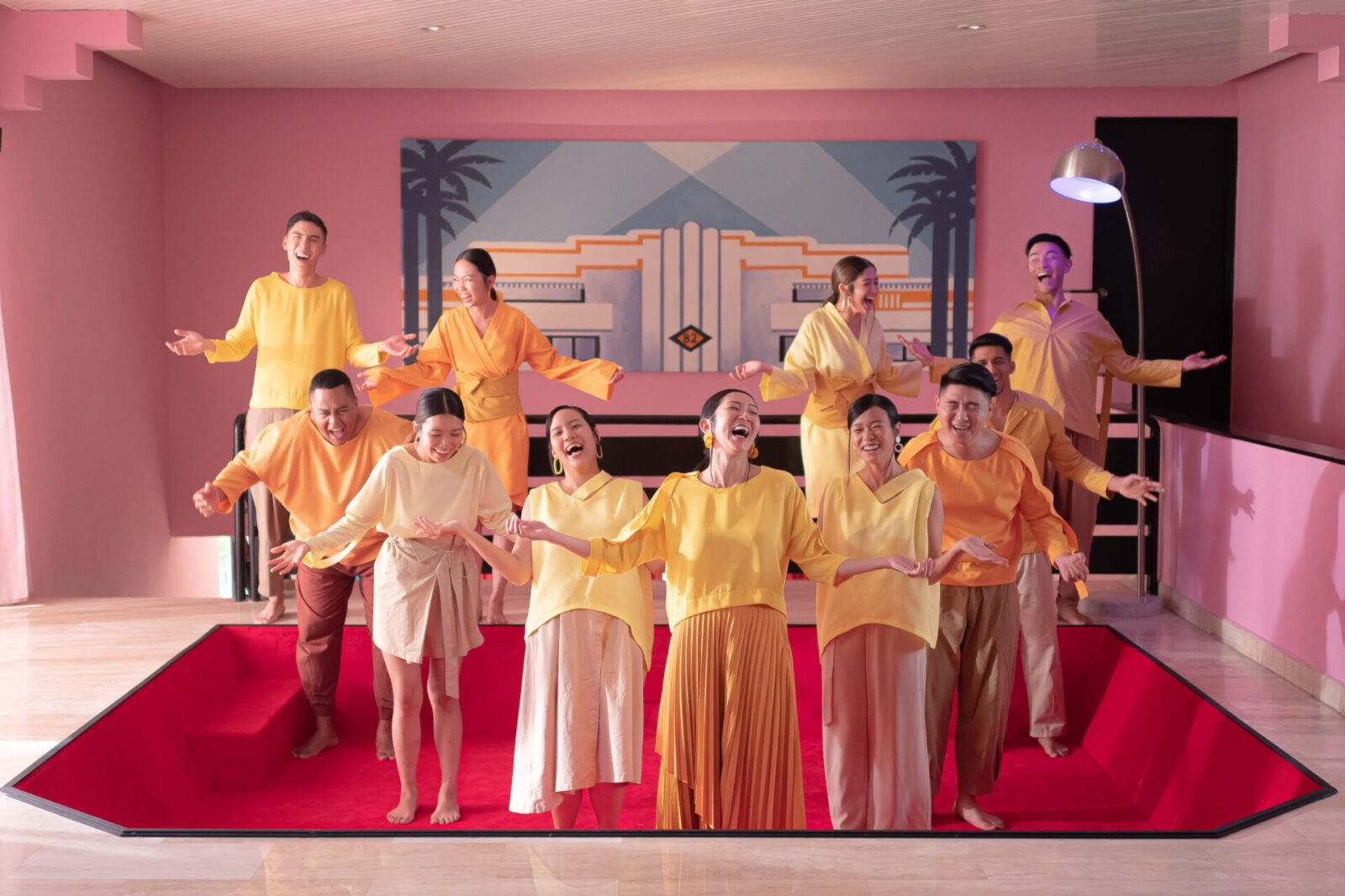 When reflecting on the expectations of life, it’s easy to see how someone can get trapped in a routine dictated by external forces. As children, we follow our parents’ guidance, go to school where we follow a syllabus, get a job where we follow our boss’s instructions, and along the way hit expected milestones like getting married or having kids. In Tiong Bahru Social Club, Bee Thiam Tan prods at the concept of manufactured joy and a loss of connection in this playful, yet critical science-fiction comedy.

Ah Bee (Thomas Pang) is averse to taking initiative. His indecisiveness and reluctance to stand out forces him to maintain a presence in the background of even his own life. Instead, his mother (Guat Kian Goh) has to push Bee to do more with his life. She signs him up as a happiness counselor at a new data-driven neighborhood called the Tiong Bahru Social Club. There he’s paired up with a bitter elderly woman, Ms. Wee (Jalyn Han), who is averse to the neighborhood’s version of happiness and tries to guide Ah Bee away from being someone else’s version of happiness.

However, it’s difficult to find your own slice of happiness when your job is to make other people happy. The Social Club measures residents’ happiness with Happiness Rings and each room comes equipped with an AI that monitors and suggests ways of keeping happy. Tiong Bahru Social Club’s production design accentuates the neighborhood’s strong need for happiness, as every building, inside and out, is brightly colored and kept neat. It’s a little Wes Anderson feeling, especially with the constant need to create a symmetrical presentation, but it works in favor of the film’s larger critique of what happens when a neighborhood is built upon data.

Tiong Bahru Social Club ends up having a more idiosyncratic rhythm that makes its characters almost disconnected from the world they’re inhabiting. The neighborhood’s goals are intended to be met in synchronicity with the residents’ happiness. When more time is spent on Ah Bee and his prospective relationship with Geok (Jo Tan), that’s when the film shows its hand fully, revealing a world that dictates happiness and refuses to meet its residents on equal footing. If the programs put in place to ensure happiness doesn’t work, the problem is with the person, not the program.

Flowing with an undercurrent of sadness, there’s a hopeful message at the end of Tiong Bahru Social Club. Ah Bee’s an unhappy person content with the mundane and routine. When life starts applying a ruleset on what it means to be happy, there’s unnecessary pressure to be happy like everyone else. Ultimately that’s where Tiong Bahru Social Club finds a satisfying note to cling to: that happiness isn’t easily defined or determined by any specific actions taken. It’s a personal journey inward that the film lets Ah Bee discover. Finding what doesn’t work makes finding what does that much more satisfying.

Underwater Love— a musical with heart, and other organs