David Mackenzie’s historical epic, Outlaw King, is a bloody, violent affair. Capturing the unrest and rage of Robert the Bruce (Chris Pine) as he seeks to dethrone the King of England and take back Scotland, Mackenzie refuses to turn a blind eye to the brutality of war. The revolution is carried by a great supporting cast, including the compelling Florence Pugh as Robert’s wife, and the visceral way in which cinematographer Barry Ackroyd shoots all the battle scenes, including a phenomenal final skirmish. Outlaw King hangs its hat on being violent and packed with fantastic performances, but it lacks the emotional resonance required to be anything more than a tale of David versus Goliath.

Partial blame can be placed on Pine’s lack of charisma in a role where he leads an army of few against the entire brunt of the occupying English forces. While there is something slightly endearing about the reluctance of Robert to take the title of King of Scots, Pine pretty much only ever has a moment or two of emotional intensity, despite having people he cares about murdered and taken away from him. It feels like the understated performance we’re used to seeing with a Ryan Gosling character, but put in contrast with the surrounding cast, Pine falls flat. 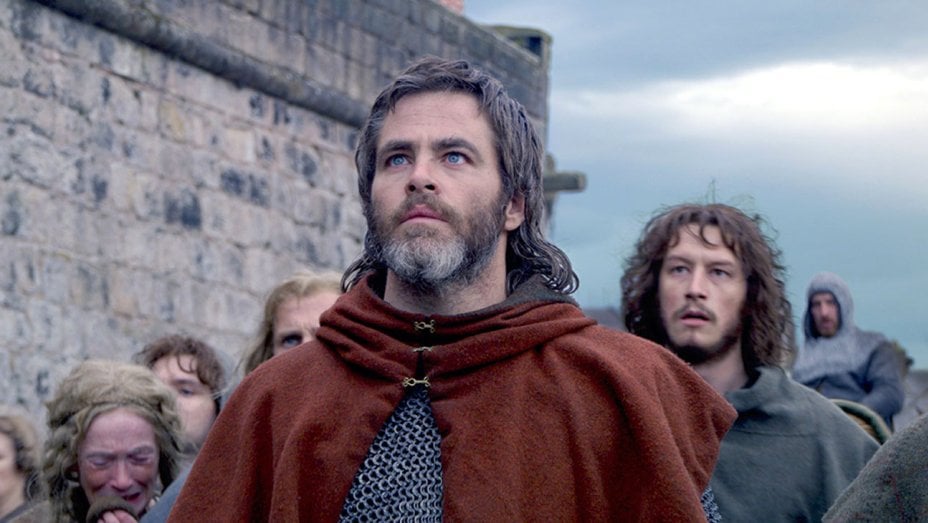 This blandness is a disappointment when you have Aaron Taylor-Johnson wide-eyed and crazy trying to take back his family’s land, and Tony Curran cracking jokes at his expense. Perhaps most notably, the consistently entertaining Billy Howle chews up every scene he’s in, whether it demands him being a complete wimp or an unhinged warrior. Howle and Taylor-Johnson’s characters share in the bloody madness of it all, each with something to prove, while Pine’s Robert the Bruce is sort of just thrust into a claim for the throne. It’s hard to care about a man’s plight when his fight is one borne out of reluctance, and the wife he fights for is one whose reason for being on his side is “important women in history are the ones who make decisions.”

That being said, Pugh’s performance is filled with a range that isn’t felt by anyone else in Outlaw King. She makes the case for why she should be a bigger deal after her turn in Lady Macbeth. Her character is blunt, smart, and unfortunately, only really appreciated by Robert. It’s a role eventually diminished to “damsel in distress,” but the story never pushes her into helpless territory; she just doesn’t get a lot of room to be helpful. Still, the power of a great performance is burning bright in what little you’re given, which Pugh does in spades. 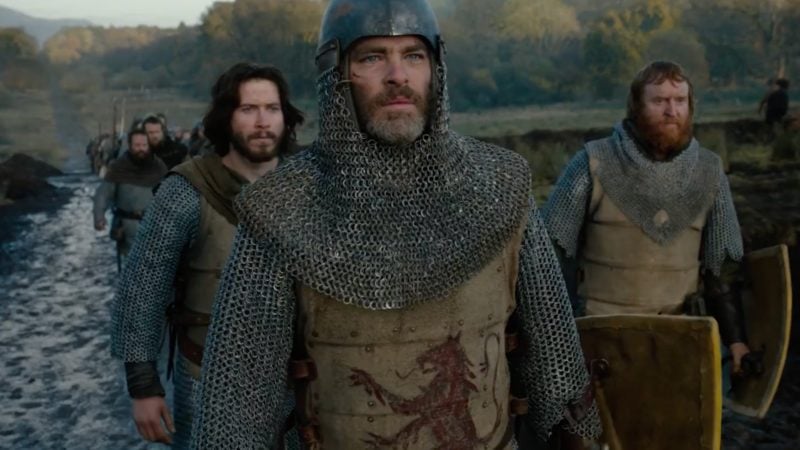 What really stands out in Outlaw King is the savageness that Mackenzie embellishes to a point where it makes complete sense to be this brutal, yet threatens to alienate large swaths of audiences. Animals die just as often as humans do, and the amount of blood is only rivalled by how much mud there is, as fights tend to take place in Scotland’s more treacherous terrain. It’s all shot with a grittiness that makes a great case for Mackenzie to do more battle sequences like this. I’d go so far as to argue that the final battle could run circles around over half the battles seen in Game of Thrones.

These fights and the incredible supporting cast slightly make up for a boring narrative and a weak emotional center. The brief comedic moments that are sprinkled throughout between characters is endearing, and the fact that Mackenzie still insists on longer takes (including a very long unbroken shot at the beginning), helps make Outlaw King feel worthy of being watched. That it’s a Netflix movie makes it all the easier to justify giving it some attention.

Technology Becomes the Detective in ‘Searching’