Some movies are just so hard to grasp that trying to do so would be futile. In some instances, that can be used to a film’s advantage, such as Kiah Roache-Turner’s 2014 debut, Wyrmwood: Road of the Dead, in which explanations didn’t really matter. Understanding what was happening in that film wasn’t the point; it was just about accepting the ride. That’s the same strategy employed in the director’s 2018 follow-up, Nekrotronic, a supernatural social media haunt that opts for the same deprivation of logic for the sake of a fun B-movie romp.

Co-written with his brother, Tristan, the script takes a kitchen-sink approach to the insane story of demons possessing humans through social media. As the eternal fight between Nekromancers and demons rages on, they’ve become locked in a new type of cyber warfare. An app being designed by a soulless corporation of human husks is overseen by the Queen of the Underworld herself (played by the always incredible Monica Bellucci), and acts a lot like Pokemon Go — but as users find ghosts instead of Pokemon, they unknowingly give their souls to the underworld. And so,  the fate of all mankind now rests on the shoulders of a sanitation worker (Ben O’Toole) and his best friend (Epine Bob Savea).

Nekrotronic is about kicking ass and filling the screen with as much gore and high-tech weaponry as possible.

This Ozploitation film tries really hard to give explanations to virtually everything it introduces, and that’s an admirable effort in a story that very clearly doesn’t care that much. It’s Ghostbusters with a little bit of They Live, and an aesthetic that feels like the video game Doom more than any movie in recent memory. There are 3D-printing demon souls and giant lasers, wraiths, and ghosts that travel through the internet like it’s a series of tubes, and a refusal to stop introducing new conceits. That Nekrotronic has logic presented at all is like if the Alien movies tried to give motivation for the xenomorph attacking its prey — endearing to attempt, but so very unnecessary.

That is the major issue that plagues Nekrotronic. The Roache-Turner brothers want to do everything, but by doing everything it’s easy to lose focus on the central conceit — which is hard to pinpoint, because there are so many small emotional beats that are all treated like huge deals at various times. There’s not even really much in the form of a social commentary on our reliance with social media and technology; Nekromancers once put demon souls into the internet as a form of containment, and then didn’t realize that the Queen of Hell would discover a way to use the internet to release the demons. That’s a neat genre explanation that could be mined for more of a critique on apps that data mine and do more harm than we really realize, but unfortunately, the movie only passively mentions this point, then walks away from it immediately.

Instead, Nekrotronic is about kicking ass and filling the screen with as much gore and high-tech weaponry as possible. The cyber-horror aesthetic lends itself really well to the narrative; while it very much looks like a B-movie, it looks like a B-movie with a budget. The visuals are also very vibrant and filled with more colour than Wyrmwood, which is justification for a more riotous feeling — and the really bad jokes support that spirit. 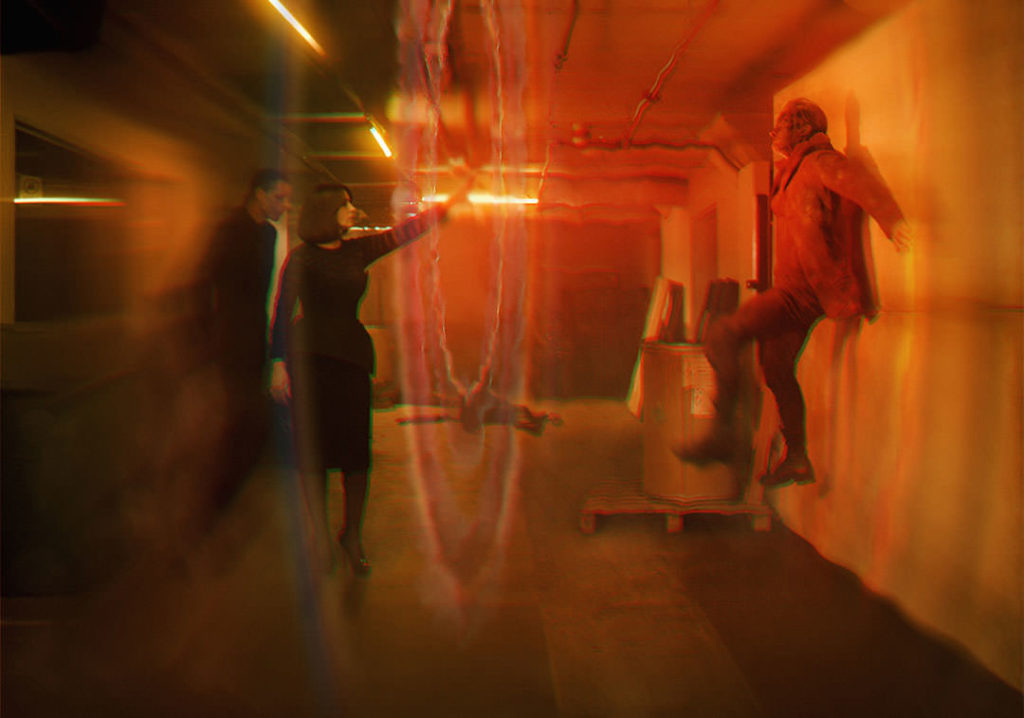 But the ultimate reason to sit through this very boring, exhaustive assault on the senses is for Monica Bellucci. She chews scenery, whether it’s for the benefit of comedy or horror; no one else comes close. If Nekrotronic did anything really right, it was casting Bellucci as a demon from Hell that says phrases like “No more Mrs. Nice Guy” as she tries to come off motherly, seductive, and terrifying at the same time. If there’s one thing to take away from this film, it’s that the Roache-Turner brothers are hellbent on telling entertaining stories — they just missed the bar with this demonic affair.

Editor’s note: This review was originally published on September 8, 2018 as part of our coverage of the Toronto International Film Festival.