Connect with us
'Boy Erased' shows power by shying away from making broad claims in a situation that is not always black-and-white.

Joel Edgerton’s 2015 directorial debut, The Gift, was a powerful movie about the impact that someone’s words and actions can have on another, and so it makes sense that Edgerton’s follow-up as a director would be this year’s Boy Erased. Adapted from the memoir of the same name by Garrard Conley, the film explores the effects of parenting in the context of two Christian parents who send their teenage son to conversion therapy after they discover that he is homosexual. While the way the story is told feels slightly familiar, Boy Erased contains incredible performances from its entire cast, and tackles its topic with a careful nuance.

What makes a story about conversion therapy inherently terrifying isn’t necessarily what seemed to be at the forefront of Edgerton’s mind when he wrote this screenplay. Focusing on how Jared’s (Lucas Hedges) parents convince him that he should attend conversion therapy, and subsequently how they react when he tries to convince them that he should not be there, is an interesting, slightly controversial take on this subject. While Jared remains at the forefront, there’s a familial angle that tears into his judgement.

Jared’s father, Marshall (Russell Crowe), is a Baptist preacher who is horrified by the fact that his son is gay, while Jared’s mother, Nancy (Nicole Kidman), stands by her husband’s decision to try and guide Jared to heterosexuality. Edgerton plays Victor Sykes, the head of the conversion therapy program. Yes, the “Oscar-bait” material is very present in Boy Erased, for those concerned about whether the film is what it looks like it is. There are directorial decisions that give the film a more tense, dark nature, but it never quite shakes its typical dramatic trappings. 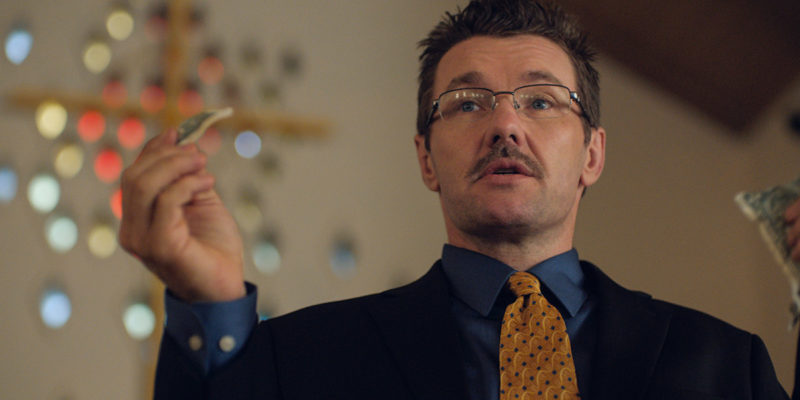 Far more interesting is that Boy Erased doesn’t often give in to characters yelling at one another. There’s a great moment where Victor is confronting Jared about his homosexuality, and how it is a slight against God and his father. In a situation such as this, there’s an expectation of things escalating out of control, but Jared’s character is aware of the kind of place he’s in and the rules that are applied to him. He knows what actions he’s allowed to do, and it fundamentally changes the way the emotions flow through that scene. It’s a sterilized anger, one that demonstrates just how manufactured conversion therapy and its “results” actually are.

Had it not been for the casting decisions in Boy Erased, scenes that could make audiences cringe from how heavy-handed they’re written are actually conveyed with more subtlety than one would expect. Hedges isn’t a moody teenager — he’s a teen who is trying to make everyone happy, but needs to discover what makes himself happy first. Marshall is perhaps the most obvious character arc, but Crowe plays him with a subdued, careful nature. He doesn’t yell often, but you can see the strain on him as a father and as a man of God. It’s another interesting angle that Boy Erased contends with, but doesn’t focus on a lot; Jared’s own relationship with God mostly sits in the backseat for the majority of the film. 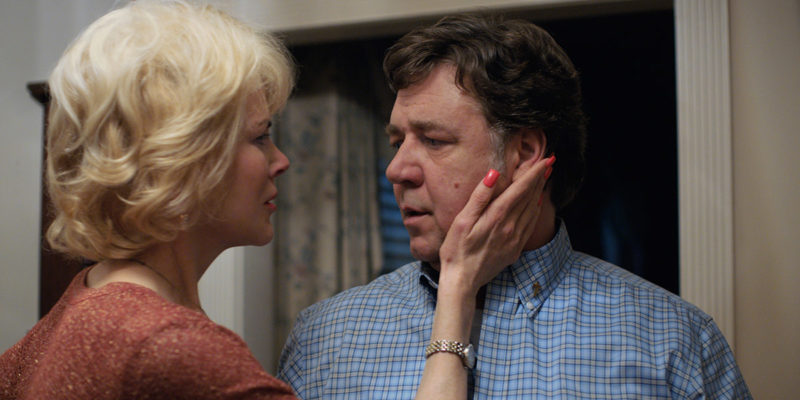 Instead, it’s that family dynamic that keeps coming back. Jared isn’t so much concerned with how he can reconcile his faith with being gay; it seems there is a part of him that has already accepted God in his heart, even if God apparently can’t accept him and his orientation. Edgerton chooses to focus on what being homosexual means to Jared’s family. Kidman shines as Nancy, reaching into a character that develops because of Jared’s struggle. His struggle isn’t downplayed in lieu of Nancy’s plight, but both represent two people torn by actions made or a lack thereof.

Boy Erased may ruffle some feathers because of its look at how being gay affects a family that chooses to utilize conversion therapy, instead of being more confrontational about the program. It definitely condemns the use of conversion tactics, but it’s not the primary motive of Edgerton’s screenplay. He’s trying to make something powerful that almost acts as a guide for parents and children that are dealing with this strife in their family. He doesn’t condone or condemn the decisions made by Jared’s parents — he just tries to understand why anyone would send their kid through this hell. Ultimately, that’s what lets Boy Erased be as powerful and important as it is — it shies away from making broad claims in a situation that is not always black-and-white.

‘Roma’ is a Staggering Achievement