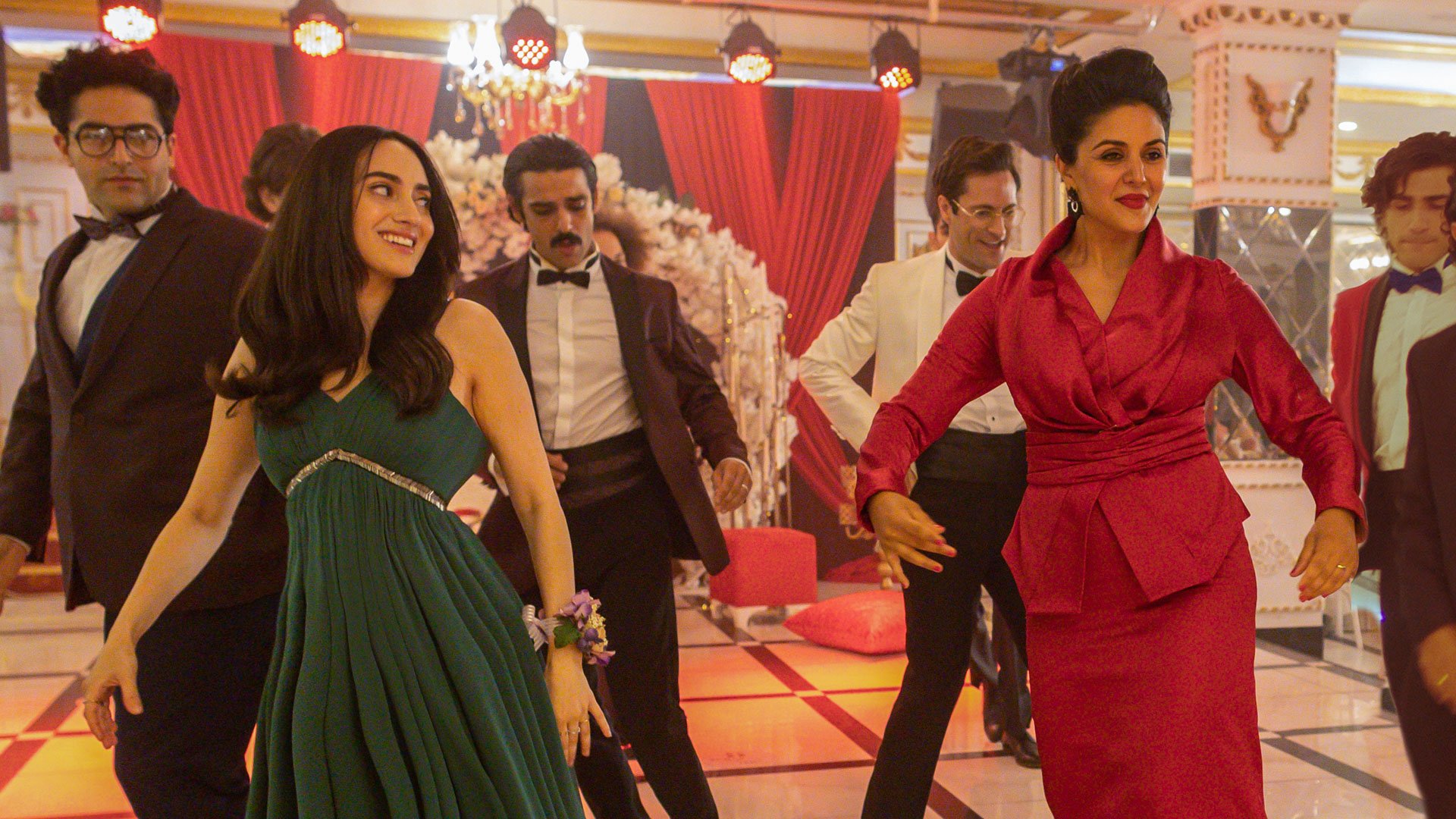 Layla Mohammadi and Niousha Noor star in the story of secrets in a large Persian-American family, a Sundance 2023 premiere

The Persian Version, the new film from director Maryam Keshavarz — who came to Sundance more than a decade ago with her debut, Circumstance — essentially lays out its thesis statement in the opening minutes, in a voiceover by protagonist Leila (Layla Mohammadi.)

The film gets off to a really fantastic start. Telling the story of her Persian-American family, she likens her ancestral nation and her adopted one to divorced parents while telling stories of how she, not subject to the military draft, used to smuggle American pop music back to Iran, in a scene that plays like a truer, less-insulting sequel to airport scenes in the third act of Argo.

Leila, the one girl in a family with nine brothers, has complicated relationships with her family, which comes to a head when her dad (Bijan Daneshmand) gets a heart transplant, and her large gaggle of brothers returns to their New York/New Jersey orbit.

Eventually, the film settles into a main story: Leila is a first-generation Iranian-American with a large family who works as a filmmaker and lives a party-filled life. Nominally a lesbian and separated from a former wife, Leila gets pregnant via a one-night stand with a British guy named Maximillian (Tom Byrne), one who — don’t tell Ron DeSantis! — works as a drag queen. Or rather, he’s playing one (Hedwig) in a stage production. (Yes, straight actors, including Taye Diggs, have played the role on Broadway.)

Pop music is very important to this film, and in addition to the ’80s pop standards, we see Leila and her ex singing the Dire Straits song “Romeo and Juliet,” although I’m guessing they know it from the version by the Indigo Girls, who are also the subject of a Sundance film this year.

The plot then pivots to the story of Leila’s mother Shireen (Niousha Noor). We learn that Shireen had some type of scandal back in Iran, one which is slowly revealed as he learns more about her backstory- leading up to a shock of recognition once we realize what’s going on.

It leads up to an ending that’s highly poignant, even before we get to the Cyndi Lauper singalong at the end.

And yes, ending a movie with the whole cast having a dance party has gotten especially tiresome of late, and I’m still baffled at what everybody saw in that stupid grocery store dance at the end of White Noise (the song sucked too.) But here, it absolutely works.

Layla Mohammadi, who plays the lead role, is an absolute star, and Noor, as her mom, isn’t far behind, while Kamand Shafiesabet is outstanding as the teenage version of Shireen. It’s a gorgeously shot picture with beautiful colors throughout.

I happened to see The Persian Version on the same morning that Everything Everywhere All at Once, a film that debuted at last year’s Sundance, led the Oscar nominations.

There are key differences, of course, from geography to storytelling form. But The Persian Version is another film about the relationship between an immigrant mother and her first-generation American daughter, in which the daughter is gay, the mother’s feelings are complex, and we learn more about the mother’s complicated story as the film goes on.

There’s no word yet on distribution for The Persian Version, but this is a beautiful, poignant film that deserves a large audience whenever it arrives.

Infinity Pool is a Perverse Journey Through Excessive Wealth