Despite it’s well-deserved standing as one of the all-time great British films, The Long Good Friday isn’t easy to purchase on the other side of the Atlantic Ocean. The film’s most recent Blu-Ray release, a tidy package from Arrow, is Region B. For those of us tethered to Region A players, options are meager and very costly — and almost worth buying. It’s a testament to how exemplary The Long Good Friday is as an entry into the Gangster genre, and how enthralling the film is as a portrait of gangland tycoon Harold Shand. Shand is, of course, a creation of Barrie Keeffe’s screenplay, but owing to a spectacularly detailed and naturalistic portray by Bob Hoskins, the character jumps to life from the screen.

Shand, a Cockney crime boss attempting to go legit with a blockbuster real estate deal in East London, is a loathsome figure who manages to command our empathy as regularly as he triggers our fear or resentment. Hoskins, diminutive but powerful, bestows Shand with a certain unconventional charisma that his underlings and business partners respond to. He is driven and intimidating, but not cartoonishly dangerous. Watching The Long Good Friday, I was shocked by the extent to which Shand reminded me of Stringer Bell from The Wire; both are highly competent figures who reach the limit of their aptitude when they attempt to enter the world of legitimate business, and are forced to replace their bruising swagger with more refined business savvy.

When Shand attempts to court financial partnership from the American Mafia for his land deal, things go askew, leaving him flailing to recover as two members of his organizations are assassinated and one of his properties is bombed. Hoskins is built like a small block of granite, a stature appropriate for the character, who is a self-made underworld tycoon who prides himself on overcoming limitation. In the film’s early moments, before the bombs start dropping, Shand’s pitch to the Americans reveals how multifaceted he is as an operator: he regales a rapt audience with a stirring speech about the prospective deal, and ass-kisses his American guests, happy to pander as long as it ensures financial windfall. After learning he is under attack from a faceless enemy, however, Shand displays the capacity for swift and brutal violence. 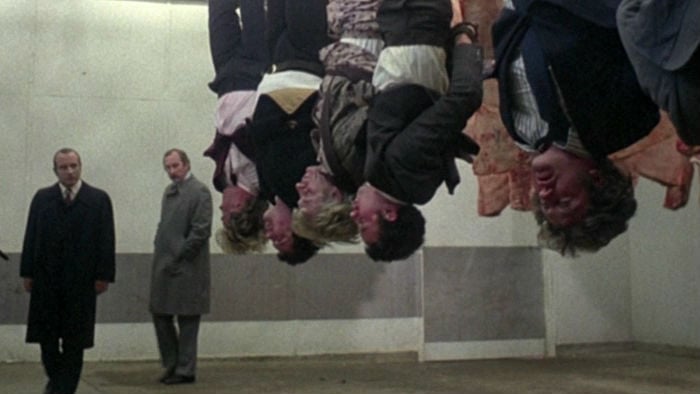 The Long Good Friday is a mystery in that John Mackenzie’s film concerns discovering who exactly is fouling up Shand’s important deal. While the puzzling elements of the gangster’s dilemma are compelling, the specifics of his unseen enemy aren’t all that important — what truly matters (because of how it contributes to the film’s portrayal of its protagonist) is the way Shand’s foe forces him to squirm and confront the limits of his power. Through Shand’s boasts we learn that he has maintained a decade of peace in the London mob scene; he can neither guess who might be breaking that peace, nor comprehend any motivation for doing so. Shand is clueless, he discovers, because he hasn’t been paying close enough attention to his own organization — perhaps because he’s been so focused on his land deal. His pride and negligence are ultimately his undoing, and as Shand hurtles toward this revelation, Hoskins portrays a wide range of emotions, from the rage he directs at his underlings to the vulnerability he reveals to his mistress, Victoria (a very classy, composed Helen Mirren).

As Shand flounders, the audience can sense his exasperation and feel real sympathy for the character, thanks largely to Hoskins, whose small bits of physical acting — the pained scratch of his ear here and there, or the clumsy half-punch of a wall there — amount to a believable portrait of a man who is, above all, shocked by his own downfall. Hoskins’ signature moment comes in the last shot of the film, when face to face with his enemy at last, the camera lingers on his expression as he grapples with his inevitable defeat. He clenches his teeth in rage, gapes in disbelief, and even smirks at the irony of the situation. It’s a virtuoso bit of acting, and a bold directorial choice by Mackenzie — one that neatly summarizes the way the film, despite it’s broad observance of urban redevelopment, the criminal underworld, and the corrupting quality of power, is always focused squarely on Shand’s emotions. 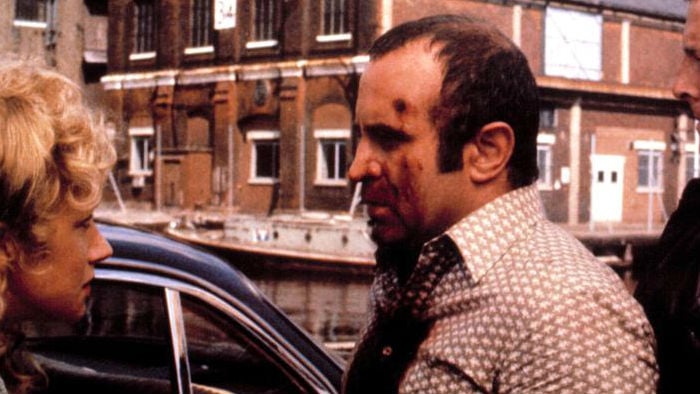 There’s a lot more to love about The Long Good Friday than just Hoskins’ performance. Francis Monkman’s score is dazzling, multifaceted, and memorable, toggling between ominous synths, operatic strings, and breezy jazz. The screenplay is packed with unforgettable one-liners, many of which Hoskins gets to deliver in his signature cockney accent (“you don’t go crucify a man outside of a church, not on Good Friday!”). For British audiences, the film is especially resonant both for reflecting Thatcherite economic policies in Shand’s grand plan, and including the Irish Republican Army as a crucial plot element. And of course, Helen Mirren provides an elegant counterbalance to Hoskins’ rough, unfiltered presence. The Long Good Friday is an unassailable classic which deserves to be streamed while it still can. Just one tip, though: stream it with the subtitles on.

The Filmstruck Cram — Day 7: ‘The Candidate’